The workplace environment can be full of many obstacles, especially in the medical field. These obstacles range from difficult patients, to navigating insurances, to burnout, and so on.  One problem, however, appears to be worsening over time and seems to go without discussion. As life has progressed and I have transitioned from a medical student to attending physician, I have noticed an increase in workplace confrontation between employees. Is this all my personal perception changing as I age? I discussed this with some of my colleagues, and they expressed similar observations. Is confrontation really becoming more common in the workplace?

First, we need to look at who is involved. Unfortunately, it appears to be those at every level of practice. I don’t know if a day has gone by where I haven’t observed medical assistants arguing over something trivial, a nurse openly discussing her dislike of the office manager, or physicians readily talking about what they perceive to be incompetence of the other providers in the practice. Sure, some occupations seem to be more commonly involved in confrontation, but all play a part.

How about a real-life example: I’m currently an employed physician by a large non-profit organization. It’s strictly an outpatient position in a rural office with several physicians and physician assistants. Almost everyone enjoys their job and gets along fairly well.

However, one physician seems intent on creating office confrontation regularly. In fact, she doesn’t appear happy unless she’s, “involved in the drama.” She can frequently be heard saying demeaning things about other physicians and employees, and when she’s in the office, the tension is palpable and puts everyone on edge. It’s also common for her to talk about patients in derogatory ways during the lunch hour. None of the medical assistants dare say anything in fear of repercussions. The office manager would just like to believe these things aren’t happening. The other physicians have stated, “She’s always been like that, and it’ll never change.” And myself, well I’m relatively new to the practice (I’ve been there for ten months) and am unsure of how to proceed. Do I keep ignoring it and let everyone be miserable when she’s in the office?  Savor the days that she is on vacation?

I wonder if the changing roles of physicians are a major factor. When private practice was more common, the physician was in charge of many facets of their practice. They would not only see patients, but also manage many other everyday activities in the office. In that same respect, if there was workplace confrontation the physician would be forced to intervene immediately and handle it accordingly. If they didn’t, their business (and subsequent compensation) would suffer. Now, however, the physician’s role has changed significantly and is more commonly that of an employee. No longer are the everyday activities managed by the physician. Perhaps this blurs the boundaries of who needs to intervene when a confrontation arises. Should it be the office manager? Facility director? Someone else? Are we now lacking a true authority figure in the office if the physician doesn’t act the role?

Why do these situations seem to be arising more frequently? And how do we go about fixing it?

Childhood aspiration on food is a public health issue 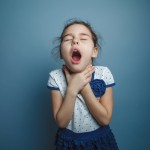 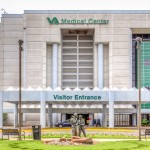 The rise of workplace confrontation in medical practices
9 comments