Have you ever had that experience when you think what you’re doing is futile, and that thought goes through your mind:

For those of us that are physicians, think back to your internship and residency training.  I think we can all remember at least one of these situations, if not more.

I remember being in the ICU as a third-year internal medicine resident, being sent a man with advanced cancer on blood thinners from the emergency department who was losing liters of blood through his nose.  He was DNR, but his code status had been reversed in the ED by his family to treat this unexpected event.  This decision was not unreasonable, and yet the family looked terribly distressed by the blood spurting everywhere and frenzy of activity around him.  The patient was thin, bordering on emaciated.

Blood started oozing out of his nose again, and his blood pressure plummeted.  We squeezed hard on the packing in his nose.  He started to code, and we brought out the pads to shock him.  The nurses and I looked at each other, and we were thinking the same thing: “This doesn’t feel right.”

Liz Dzeng, a physician-researcher at UCSF, now brings a fresh perspective and insights into moral distress felt by resident trainees in providing futile care near the end of life.  Liz completed this research while a general medicine fellow at Johns Hopkins and concurrently a PhD candidate in sociology at Cambridge, in England.

Liz interviewed 22 residents at 3 American internal medicine programs.  She found high degrees of moral distress among house staff.  The quotes speak for themselves:

A lot of traumatic things happen when you’re a resident. There was this tiny 90-year-old lady. We had to code her, and it was one of the worst experiences of my life ..

You know there’s no good outcome. You just continue to code them and at some point they’re going to die. You’ve wasted time and resources, and you’ve just provided futile care and tortured somebody for however much more time. Then there’s the whole disassociation where you want what’s best, but what you can do? And what do you have ability to affect? You just do your job …

We do a lot of terrible things to critically ill patients and at the end of life. It’s routine care, and I feel pretty numb to having done those things …

Liz poignantly weaves these quotes together into themes that tell a story of outrage, powerlessness, and dehumanization.  The single ray of hope came from a hospital that routinely encouraged debriefing and discussions that normalized the emotional pain of treating someone when you feel it’s torture, not care.

But this study is just scratching the surface.  The nursing literature is replete with research on moral distress.  The medical literature … not so much.  There is so much pain in this paper.  It brings me back to some very hard and emotional experiences in my training.

For our bleeding man with advanced cancer, I brought the family into the patient’s ICU room during the code.  I called out for a dose of epinephrine to be administered, and his daughter said, “Will any of this help?”  I said it almost certainly would not, and they asked us to please stop.  We ended up with mixed emotions — sad that we had done so much that felt like “torture” to this man, yet pleased that the family ultimately agreed to stop.

Most times, though, it doesn’t stop so neatly.

Issues with term and meaning of futility aside, let’s face the reality here.  These are our future physicians who are morally scarred, who become numb, inured to the moral pain, and potentially unable to empathize.

We have to ask ourselves, is this how you would want your doctor trained?  Is this hidden moral cost to young physicians worth the choice we give people to make such decisions?

The geriatrician shortage: The problem isn't what you think 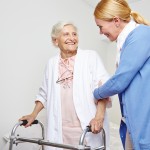 We are morally scarring our future physicians
17 comments