I’ve read several articles recently reporting on a shortage of geriatricians. The writers have some clear misunderstandings of who actually cares for our elderly and where they come from.

Susan Jaffe writing for Kaiser Health News stated that the American Geriatrics Society (AGS) estimates that the nation will require 30,000 geriatricians by 2030 to serve our aging population. This is probably true, what the AGS believes. She goes on to write, “To meet the needs, the society estimates medical schools would have to train at least 1,500 geriatricians annually …”

Marcy Cottrell Houle writing for the New York Times also talked about an impending shortage of geriatricians, and wrote, “A vast majority of Americans have no conception of what lies ahead and — without geriatricians available to provide their health care — how substantially their lives will be affected.” She also wrote that “97 percent of all medical students in the U.S. do not take a single course in geriatrics.” I think that statement is completely bogus, though I don’t have any hard data to back up my belief. I had geriatrics courses in medical school and our new interns have as well.

What’s wrong with these statements? For the first example, Ms. Jaffe assumes that medical schools produce geriatricians, which is not the case. Residencies and fellowships train doctors in the various fields, which are most commonly owned by hospitals, not medical schools. Often, these hospitals are closely aligned with medical schools, which makes the distinction fuzzier. But this is not a semantic issue. Well-meaning politicians and special interest advocates will call for more funding of medical schools for physician workforce issues, when the real need for support is at the residency/fellowship level. Residency funding comes from different sources than medical schools, for the most part.

Next, Ms. Houle (and Jaffe for that matter) assume that only geriatricians should be caring for the elderly. This is also mostly nonsense. The vast majority of elderly Americans get their primary care from family physicians and internists who have no extra training in geriatrics beyond what they learned in their primary residencies. I’m not aware of any study that shows that their care is measurably different from fellowship-trained doctors. Especially in rural areas, it’s the family physicians who take care of the entire family, from the pregnant mother to the great-grandmother, from the clinic to the hospital to the nursing home. It is a low-paying, but rewarding part of their professional lives.

Both writers correctly point out the ridiculous income differential between primary care physicians and the ologists. They don’t go far enough in naming AMA billing codes and Medicare payment rules and rates as the culprits in this income disparity.

This issue is another classic case where the culture of the medical school has been allowed to dictate greater health policy. We need researchers to study the unique needs of the elderly, though the truth is that most of their ailments are the same ones middle-aged people have: hypertension, heart failure, diabetes, arthritis, etc. The elderly just have more of it. We don’t need restrictions that only geriatricians should care for the elderly. The geriatricians can make their discoveries in the research arena at the medical schools, then those discoveries should be vetted by family physicians (and internists) and considered for wider adoption. That’s how a high-functioning health care system should work — more generalism, less fragmentation. 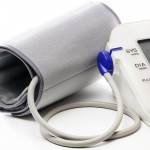 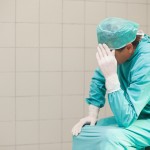 The geriatrician shortage: The problem isn’t what you think
7 comments