In her new book In This Together: My Story, the former First Lady of Massachusetts, Ann Romney, describes receiving in her mid-40s a diagnosis of multiple sclerosis (MS). She offers vignettes of a “life upended”: her abandonment of therapeutic swimming because it made her hair “look bad” and the need to revise plans for her Park City home to include an elevator.

In her case, MS is invisible, characterized by fatigue, numbness and pain that resolved over time, but little physical disability. Now 66, Mrs. Romney is active: hiking and dancing without assistance.

What’s the secret to good health despite the diagnosis of an often crippling disease? Romney claims her two-decades-long remission is due to her combination of an initial course of IV steroids, reflexology, the riding of dressage horses, and her Mormon faith. “We believe if it is God’s will you are healed, and if you have sufficient faith, you will, in fact, be healed,” she states.

Mrs. Romney’s observations on MS are not scientifically based, and they do a disservice to patients with MS progressing despite standard treatment. Her benign course is simply the result of good fortune.

MS is a disease of the central nervous system that is unpredictable, chronic, progressive and without cure. It is thought to occur when the immune system incorrectly attacks myelin, the tissue that encases nerves. According to the National Multiple Sclerosis Society, about 400,000 Americans suffer from the disease. Most patients are diagnosed between ages 20 to 50. Fifteen years after diagnosis, 50 percent of patients need a cane to walk; 25 percent need a wheelchair.

My husband, Matt, who is a physician, has secondary progressive MS. A former marathon runner and avid skier, he was diagnosed at age 28 after the right side of his body became paralyzed. He had a modest recovery with IV steroids but moved quickly through the “ABC” drugs (Avonex, Betaseron, Copaxone), all of which proved ineffective. He was treated with IVIG, three years of Tysabri, which led to life-threatening sepsis, the chemotherapeutic agent Rituximab and blood-filtering pheresis. Holistically he swam daily for years and subjected the family to the Swank and Wahls diet. He has welcomed the healing prayers of our Episcopal priest. While he has not tried equine therapy, he has indulged in feline therapy; we have four cats! Despite these efforts, at age 45 he is in chronic pain and quadriplegic.

Matt is a disciplined, model patient; yet he languishes, frozen in his own body.

“It’s an act of hubris for Anne Romney to assume her mild disease has something to do with her personal approach to the disease — as if she thinks she’s ‘figured out’ MS,” Matt says, adding “If I thought riding would cure me we would liquidate the kids’ college funds immediately and buy horses.”

Dr. Heidi Maloni, who serves as the National Clinical Nursing Director for the Multiple Sclerosis Center of Excellence at the Washington, DC, VA Medical Center, notes that Mrs. Romney appears to have suffered initially from debilitating invisible symptoms. However, after seeing Mrs. Romney on television and by Mrs. Romney’s self-reports of a prolonged remission, Dr. Maloni believes Mrs. Romney’s course is typical of the 10 percent of patients with few to no relapses or disability 20 years from diagnosis.

“Ann Romney is not representative of the majority,” asserts Dr. Maloni. “My concern is that celebrities with little obvious disability promote unrealistic expectations and false hopes. Embracing treatments used by celebrities, be it marijuana espoused by Montel Williams, or equine therapy, may keep someone from treatments that have evidence for effect.”

Concludes Dr. Maloni, “There is no evidence that any of the therapies espoused by Mrs. Romney, including early IV steroids, reflexology, equine therapy or strong faith have an effect on progression.”

Widely-circulated self-cures also create the impression that those remaining stricken must not be “trying hard enough” to overcome their disease — not exercising enough, dieting enough, praying enough. Such stories create an expectation that simply will not be met by many patients who are led to feel their deterioration is somehow their fault.

To be sure, Mrs. Romney’s self-appointment as the “face” of MS has produced positive results. Together with the mildly affected Mr. Williams, who has his own MS book, she has raised awareness of the disease. (Interestingly, over the years she has overlooked the much more severely affected celebrities Annette Funicello, Richard Pryor and Terry Garr for such partnerships.) She has raised serious money for research and treatment of patients at the Ann Romney Center for Neurologic Disorders in Boston. This work no doubt comes from a good place and is well-intentioned. I wish her a continued mild course and thank her for her advocacy.

Since I spent $27.99, I’m glad the proceeds of Mrs. Romney’s book go to the Center. Unfortunately, the effort feels a tad insensitive to those who live with what can more often be a devastating diagnosis. And citing another public figure’s open and candid struggles with advanced Parkinsonism and attendant issues like alcoholism and depression, my husband Matt says, “I wish my disease had Michael J. Fox.”

The chasm between British doctors and Jeremy Hunt 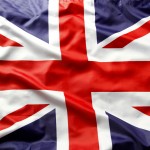 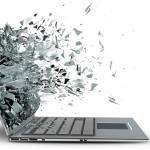 Embracing the sick role and not so sick: Ann Romney and multiple sclerosis
2 comments