Bashing the Veterans Administration (VA) health care system has become a familiar pursuit following the 2014 expose regarding concealed wait times and concerns for substandard care.  In the aftermath of the ensuing national scandal, Congress passed reformative legislation, and President Obama appointed Robert McDonald Secretary of the VA. A 2016 report from the Harvard Business School indicates that the Secretary has “made impressive progress over the past year.” Numerous veterans groups called for his retention under the new administration.

My forty-seven-year-old, 100 percent disabled veteran husband, Matt, agrees.  He has been in the VA system since 2007, when he left the Navy after fifteen years, but did not really need it until 2015, when he became quadriplegic.  He is, like me, a Yale Medical School-educated physician.  Matt was diagnosed with multiple sclerosis when he was a twenty-eight-year-old general medical officer caring for Marines. While his disability is from disease, and not from stepping on an IED in Iraq, this medical doctor and former U.S. Navy Commander, and I, by extension as his caretaker, have a unique perspective on the navigation of the sometimes turbulent waters of the VA health care system.

We have yet to meet an undedicated or unskilled clinician at the Washington, DC VA.

(Though you might think the VA in the nation’s capital caters to the elite, that’s not the case.  Military brass with twenty years or more of service go to Walter Reed Medical Center; our VA serves predominantly the rank and file.)

Matt has been admitted for a total of twenty-four weeks and due to his complicated course has been seen by specialists from neurology, infectious disease, hematology, orthopedics, plastic surgery, urology, and gastroenterology. I recall a doctor calling me regarding my husband’s care at 9 p.m. on Friday night as she rounded on him.  The nurse from neurology has stopped by our house a half dozen times to draw blood, aware of the difficulty of transporting Matt to the lab.  The hematologist texted me to make sure I was giving his medicine.  We are aware that Matt’s status as a physician may enhance his care.  Yet he has had countless roommates (the VA is not where you go if you need a single) and has observed his peers from all walks of life be treated well by medical staff, even under humbling conditions like diaper changes.

As an employed physician in a well-regarded health care system, I am aware that non-government health care can be labyrinthine.  I help my patients obtain insurance coverage for medically necessary procedures, and they take 20 percent copays for granted. Yet my husband’s nine surgeries, two motorized wheelchairs, thirty-five daily pills, and prolonged admissions have cost nothing with no effort. I’m struggling to work full time, to care for our two daughters and to support Matt — what a relief that I do not have to fight for his health care by submitting paperwork and enduring 1-800 calls.  Through my job, we have access to private insurance. Aware of its flaws we have chosen the VA for Matt’s care.

Yes, there are problems in the VA. We have experienced delays in receiving grants towards a handicapped van, payments for his daily aides, and funds to put in a first-floor bedroom and ADA bathroom.  We are lucky to have saved for Matt’s decline and have resources to dedicate towards keeping Matt safe at home.  (Other veterans would have been forced to stay in a VA nursing home until their benefits came through — but they would still have care.)

We have encountered poor accessibility. It is physically difficult for my husband to initiate a call for an appointment and to be hung up on after waiting 30 minutes is particularly irritating.  I became frustrated trying to reach the workers who controlled benefits, and I started showing up at their offices. Establishing face-to-face contact enhanced empathy of the workers, and accountability as well. As we worked our way through the system, I had my children and mother-in-law write heartfelt letters on Matt’s behalf to the bureaucrats I identified as key paper-pushers.  I distributed some home-baked cookies along the way.  Anyone who did a reasonably prompt job I rewarded with a note of commendation to their supervisor. But a year into this drastic change in health we had received every benefit to which Matt was entitled.

Our VA can get colorful: Once we took home the wrong “patient belongings” bag and found Matt’s roommate’s crack pipe, not that we had ever seen one before, but we used context clues like the accompanying white rock, razor and lighter to make an ID.  Matt jokes that some of his roommates are so crusty they must be from the Spanish-American War.  In truth there is a palpable culture of friendliness and respect at our VA. In the elevators everyone — patients and staff — makes eye contact and says hello. During Matt’s most recent admission the man who changed his garbage can called him “Doc” as he made his daily visits.  The social worker thanked Matt for his service.  On discharge we exited the fancy lobby with its atrium, grand piano and coffee bar. Prominently displayed was a photograph of Secretary McDonald.

He has been replaced, in our opinion prematurely, by VA Undersecretary Dr. David Shulkin by President Trump.  Dr. Shulkin is the first VA Secretary without a military background, but perhaps, more importantly, he has a medical one. Let’s hope he can continue the good work Secretary McDonald initiated. 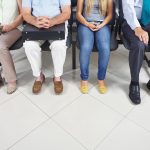 The curious case of a swollen scrotum 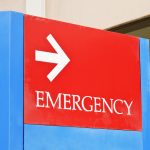 Stop bashing the VA: The culture of respect at our VA
16 comments