I peeked. Several months ago, I met a 60-year-old woman with shortness of breath. Her hospital stay was a whirlwind. She had lost weight, and a test detected her stool had blood in it. This was an ominous sign. Within a few hours, she underwent a colonoscopy that revealed she had colon cancer. The colorectal surgery team whisked her away from my general medicine team. I soon left that hospital for another medical rotation. Months later, when I returned to that hospital, her name popped up on my recent patient list on the electronic health record. I opened her chart on the computer, wondering what happened to her. The medical record stated “deceased.”

Doctors track their former patients via electronic health records (EHRs). Many of my colleagues, particularly residents, keep an “interesting cases” list — a digital list stored on the EHR that auto-populates flagged patients similar to bookmarking a website. While it sounds flattering, such lists usually consist of people with rare diseases or unusual manifestations of common disease. By bookmarking patients, we can quickly access their record without an extensive search.

Many ascribe this behavior to education. Having a case of a real person is more likely to improve clinical acumen than reading from a textbook. As the famous doctor William Osler stated, “He who studies medicine without books sails an uncharted sea, but he who studies medicine without patients does not go to sea at all.” Another theory is that doctors track patients to learn from their mistakes and improve their care. We can see how subsequent medical interventions from diet change to surgery affect our former patients over time.

In my experience, doctors follow former patients for a more fundamental reason. We need closure. We want to know how the story ends. Stories help us understand disease, particularly during periods of uncertainty. At times, we selfishly want to know if we had a positive impact on our patients. We want to know that our patients are doing well. This practice often happens informally during hand-offs, when a patient care is transitioned to another team or provider. One colleague asks another, “Whatever happened to that guy?”

Although doctors track patients for multiple reasons, there is little guidance on whether this practice is permitted. The HIPAA privacy rule allows patient tracking for training and quality improvement. Otherwise, policies vary by institutions. There are clear cases of wrongdoing. For example, health care workers were suspended for peeking at the health record of actor George Clooney.

But what about health providers who were involved previously in care of a patient? There has been recent debate for and against tracking. Curiously, patients remain missing from this conversation. I have never heard health care personnel ask patients whether it is okay for a provider to track them through the EHR. My guess is that most patients are not aware that this practice occurs. In addition, it is unclear whether a patient would understand the implications of tracking because many people do not know what information is contained in their chart. One recent study gave patients the option to pose restrictions on access to their EHR, and nearly 50 percent of patients did.

Still, as providers we assume former patients are okay with us accessing information on their chart. Professional standards and HIPAA require us not to disclose patient information. But without regulations, we are at our own discretion whether to peruse charts of former patients. We should ask patients whether they want to be tracked. Until this is the default at hospitals, perhaps all that is necessary is a “break the glass” prompt asking providers to confirm that they are currently involved in care for that patient before entering their chart. While usually done for VIP patients, this could be extended to all patient records. I suspect many doctors would think twice before opening a record were this the case.

Recently, I ran into one my former patients. I spent a few weeks treating him during my psychiatry rotation. He had schizophrenia, a chronic mental disorder where people lose touch with reality. We had our ups and downs during his hospital course, but eventually he returned to his baseline level of function and left the hospital. After all the time and effort expended optimizing his medication and finding him a safe place to live, I wondered what happened to him. Was he able to keep it together in the real world? I was tempted to look him up on the EMR. But I decided it was not my business.

When I ran into him a month later in the hospital, I was relieved to hear he was doing well. I left it at that, knowing our paths would probably never cross again in-person or remotely through the EHR.

Kunmi Sobowale is a psychiatry resident and can be reached on Twitter @KMSob. 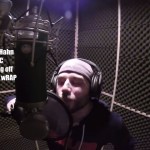 When doctors stalk their patients
7 comments