One afternoon, I was seated in front of my computer working when a ping came through, notifying me of a message delivered on Twitter. I stopped what I was doing and scrolled through Twitter and then checked my message. It was from someone I had never met in real life (“IRL,” in social media), though I felt we had become acquainted on Twitter.

She was a wife and a mother. Before her diagnosis, she had one beautiful little girl and had been trying for a second child. She had gotten pregnant but suffered a mid-second trimester loss. Her doctors told her and her husband that it was safe to begin trying again, and that’s when she noticed some blood on her bra, which seemed to come from her nipple. A work-up ensued, and right before her daughter graduated from preschool, she heard the words no mom ever wants to hear: “You have breast cancer.”

She recalled her struggle with the diagnosis, especially since she wanted to experience motherhood once again. She had surgery, then chemotherapy, consisting of doxorubicin (“the red devil”) and cyclophosphamide, followed by paclitaxel — a total of eight treatments.

After that, she had radiation therapy, and she completed it all. Throughout treatment, she never abandoned the hope of motherhood and felt supported by her oncologists, primary care physician, and her fertility specialists.

Now, the Twitter message I received from her: “I wanted to let you know — my daughter was born! And, even more, I got to celebrate five years as a young woman treated for breast cancer!”

It was such great news to me — hearing of life moving forward, parenthood being realized. It is what we, in oncology, have sought for more and more of our young patients — to fulfill the desire of parenthood if they wanted, to have the choice, rather than having the choice taken away.

In this one tweet, I saw what good work had been achieved when the collective voice of experts and advocates, survivors, and caregivers coalesced to produce guidelines on fertility preservation.

I was getting ready to tweet my congratulations back to my Twitter friend (or “twiend,” as I often will refer to them), when she sent me a second message.

“I know you are involved in social media and advocacy, that you speak about the needs and desires of women who thrive beyond cancer. You see, I consider myself very lucky, because I still have a breast — not both, but I do have one functional breast. Some young survivors don’t. As someone who wants to breastfeed though, there aren’t a lot of resources out there for women like me. It’s frankly hard to find videos or books designed for the young mother, who happens to have had breast cancer. I think resources like it would be so useful.”

Reading her message made me realize that with all of the good we have done in advocating fertility preservation, and the success of motherhood experienced by women just like my twiend, there are other needs that go unmet.

While it is true that learning to breastfeed or otherwise caring for a newborn are common issues faced by all women who give birth, this message made me realize there are important differences between women treated for and those not treated for breast cancer, and that strategies are needed to inform and welcome them. Such strategies could include addressing breastfeeding after mastectomy or discussing how to reduce the risk of lymphedema for new moms who had an axillary node dissection. Certainly, no one would see such issues as trivial. If they are important, we must provide the resources—resources that mirror their demographic, so that they can look at this resource as if looking at a mirror and see, “Yes, this one is about me.”

Some are already available, and according to my twiend, lactation consultants were extremely helpful. Still, navigating new parenthood is an area that our patients should not traverse alone. Hers was a call for action. Moms after cancer are a new demographic, and I think all oncologists should be proud to welcome them. But the work after cancer doesn’t stop — instead, just like new parents, we must continually learn. 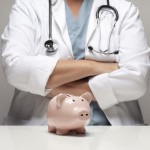