Evan Murray was a 17-year-old high school senior, honor student, and three-sport athlete who died recently as a direct result of injuries sustained playing quarterback for his school football team.  On the last play of his life, he got drilled by a defender with a clean hit to the midsection.  He gathered himself, rose, and walked off the field on his own.  Shortly thereafter, however, he collapsed on the sideline and the on-site ambulance transported him to the hospital.  It’s unclear what happened next, whether he died en route to the hospital or in the ER or during emergency surgery.  He died, though.  That much is true.  The 17 year old boy died playing a game on a Friday night in his hometown under the lights in front of friends and family.

The worst part is that Evan Murray was not an anomaly.  In the past three weeks, three high school football players have died from football related injuries.  Ben Hamm was a 16-year-old kid from Oklahoma, who collapsed after a tackle.  The impact of the hit caused significant intracranial bleeding.  And despite the best efforts of local neurosurgeons, he was unable to be saved.  Before that, Tyrell Cameron, a 16-year-old from Louisiana, broke his neck covering a punt and died on the field from asphyxiation.  Three deaths in three weeks.  Three teenagers.

Every year 12 boys and young men die playing high school or college football.  Doesn’t sound like a lot, I guess, in the grand scheme of things.  More teenagers and young adults die in traffic accidents over Christmas break than in 20 years of amateur football competitions.  And many of those football deaths are more a function of underlying medical issues like cardiac abnormalities or sickle cell disease.  But many are directly football related.  What if only six kids died every year as a result of football injury?  Does that make it any better?  Is that a number we are all comfortable with?  I have a four-year-old son.   The idea of sending him out to play a game in which there is a statistical possibility that he might die on the playing field makes my stomach turn.

And we haven’t even mentioned the long-term effects of repeated head trauma that football players sustain.  Chronic traumatic encephalopathy (CTE) is a degenerative disease affecting people who are subjected to repeated concussive and sub-concussive head traumas leading to progressive neurologic decline, dementia, and psychiatric instability.  Formerly known as “Punch Drunk Syndrome” when used to describe retired pugilists, the pathophysiology has been well documented and described, especially at Boston University, by neurologists and pathologists studying the brains of selected deceased football players, both from the professional and amateur ranks.  Frontline, the investigative arm of PBS, recently reported on findings from Veterans Administration/Boston University researchers that confirmed CTE in the brains of 87 of 91 former NFL players studied and 131 out of 165 men who had played football either professionally or in high school/college.  The National Football League recently settled a class-action lawsuit brought by thousands of former players suffering from the ravages of CTE for $765 million.

But you object, you say:  “CTE is a disease of older, retired, broken down NFL players — think Mike Webster, Gene Hickerson, John Mackey — players who played long ago in a far more brutal, less regulated era.  We have high-tech helmets now, and penalties for spearing and headshots and you can’t hit the quarterback after he throws.  The game’s been cleaned up, you say.  There are ‘concussion protocols’!  It’s safer!  Roger Goodell said so!”

But a deep dive into the mortality data ought to unsettle anyone’s false sense of security.  You come across the story of Junior Seau, a 43 year old All-Pro linebacker about to be inducted into the Hall of Fame who died from a self-inflicted gunshot wound (intentionally aimed at his chest in order to save his own brain for research).  His post mortem revealed advanced CTE.  Or what about Andre Waters, the former All-Pro Eagles safety, who put a bullet in his head at age 44?  The autopsy of Waters’ brain revealed degenerative changes such as one would find in an 85-year-old man with dementia.

Or what about Chris Henry, the troubled, often arrested 26-year-old Bengals wide receiver, who died after falling out of the back of a pick-up truck during a dispute with the mother of his children?  The Brain Injury Research Institute of West Virginia released a report in 2010 confirming CTE in Henry’s brain.  He had never been formally diagnosed with a concussion.

Or Michael Keck, a former University of Missouri linebacker who died from a heart condition at age 25.  Prior to his death, he suffered miserably from headaches, memory loss, visual changes, and mood swings.  He suspected that “something was wrong” but doctors were unable to diagnose anything specific.  His autopsy confirmed CTE.

Or consider the case of 21-year-old Owen Thomas, a lineman the University of Pennsylvania who killed himself in 2010.  His autopsy revealed early stages of CTE.

Or how about 18 year old  John Doe — his identity kept anonymous at his parents request — a three-sport star who died and had his brain autopsied.  The pathognomonic tau tangles of CTE were found in his brain.

Finally, there was the case of  Nathan Stiles.  Nathan was a 17-year-old senior running back for his team in Kansas.  He was Homecoming King, a straight-A student.  He died after sustaining a second blow to his head after a recent concussion.  His brain was then sent to researchers at Boston University who eventually confirmed the presence of CTE.  Nathan Stiles was 17 years old, and his brain was already manifesting signs of CTE.  So far, he has been the youngest person diagnosed with CTE.  God willing we don’t find anyone younger to beat this ignominious record.

As a thought experiment, imagine someone coming before a school board and proposing that the district adopt a new varsity sport, let’s call it Knock-Around (KA).  The presenter describes it as a game of skill, strength, and speed.  It would foster teamwork, camaraderie, selflessness, he says.  The only drawback, he admits, almost as an aside, is that it does carry risk of significant injury.  Every year, 10-12 kids will die playing KA, he nearly whispers  And dozens more will be maimed and severely injured, even paralyzed.  You’ll need doctors and ambulances on site in case of emergency.  But that hardly ever happens.  His affect brightens.  The town will love it.  It’s exciting and manly and would inspire our community to really rally around the boys.  Entire weekends would be built around the homecoming KA game!

What would happen?  What would a school board tell this enterprising advocate for KA?  Get lost?  Are you nuts?  Are you a sociopath?

Or imagine something less fabulist.  What if a community member proposed that boxing was sanctioned as a school varsity sport?  It’s absurd, right?  Boxing is awful and barbaric and brutal.  The entire point is to pummel someone’s brain into oblivion with your fists.  Men have actually died in the ring.  The image of Muhammad Ali stumbling along as a shell of his former self is always heartbreaking.  No parent, even the most martial-leaning, anti-wussification ones would sign off on a school-sponsored activity like boxing, right?  Way too much liability.

But then I started wondering: How many people have actually died in the ring?  Off the top of my head, the last death I remember was when Boom Boom Mancini killed Duk Koo Kim back in the 80’s.  So I found an article from the journal Neurosurgery that researched the number of boxing related mortalities from 1950-2007.   There were 339 deaths directly attributable to an injury sustained in the ring over that time period.  339 divided by 57 is about 6 per year.  Remember this was a review of boxing-related deaths in the professional ranks.  So half as many grown men die every year boxing compared with the number of teenagers and 20-year-old kids who die playing football.  Let that sink in for a moment.  Twice as many kids die every year on the gridiron.

The end is coming.  Football knows it.  The NFL just cut a check for $760 million to shut up the loudest voices and delay the inevitable.  We can all decide to make that end arrive a lot sooner, though.  And maybe save a few lives.  Don’t let your boys play this game anymore.  It’s as simple as that.  No one wants to read about another Evan Murray in the news next week. 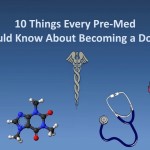 Is the end of football coming? This doctor says it can’t come fast enough.
41 comments