The trauma doors flew open, and a middle age man was rushed into the room. All we knew in those moments was that a seemingly lifeless body lay in front of us. There was no pulse and chest compressions were started. After several minutes of no response, another physician hurried out of the room and returned with an ultrasound. Within seconds of placing the probe on the man’s chest, the cause was obvious. A pneumothorax. In a flash of precision, the same physician punctured the man’s chest wall.  Air rushed out of the needle like a punctured tire, as the man’s lung expanded and took the pressure off of his heart. Moments later, a bounding pulse was felt on his neck. We all sighed a breath of relief.

A woman walked into the emergency room after falling onto the pavement. She appeared well at first with only mild abdominal pain.  Suddenly she screamed in pain and dropped to the floor.  As one physician took her pulse, another had already started scanning her belly with the ultrasound. Within mere seconds, he saw fluid around the spleen. The on-call surgeon was paged immediately, and she was rushed to the operating room. The culprit was a laceration to her spleen.

Cases like this happen every day but these two share a common theme. There was a bedside ultrasound at hand and people trained to use it. Because of this, two lives were saved.

I recently finished a residency in internal medicine, but initially started emergency medicine training.  When I first started training in the emergency department, I was introduced to bedside ultrasound. I had seen it used before in internal medicine but really only during procedures. Universally in the emergency room, the attending and residents were using it with procedures as well as for screening and diagnosis.  Throughout the experience in the ER, it also became a natural extension of my physical exam, and I saw its utility on a daily basis. When I switched to internal medicine, I immediately noticed a striking lack of this skill and routine use.  I was amazed that such an easy and informative tool was not a part of every physician’s armamentarium.

As physicians of this era, we are blessed to have this new technology and should welcome it into our daily practice. What once belonged to the world of radiology and obstetrics is now accessible to all disciplines. In the past, machines were too large and cumbersome devices to be practical at the bedside.  They also gave poor quality images and cost in the hundreds of thousands of dollars. We no longer have these excuses as most modern machines are much more affordable, have better image quality and now even fit into the palm of our hands. All of these attributes argue that they should be increasingly incorporated into a physician’s medical education and their daily practice.

While the bedside ultrasound is not a replacement for the stethoscope, the savvy physician should learn to incorporate it into their physical exam in conjunction with the stethoscope. It offers a quick and easy way to assess and triage a patient without exposing them to harmful radiation. It also permits real time monitoring of a disease process, which often changes over short periods of time.  What it additionally offers is the strengthening of a bond between physician and patient, as the physician is directly involved in the diagnosis. It also allows the patient to see, in real time, what is happening in their body. This powerful tool strengthens the investment a person places in his or her own health.

The emergency room has offered a natural testing ground for this new technology in the hands of nonradiologist, when the difference in minutes can mean the difference between life and death. Emergency departments and across the world continue to produce studies validating the use of the bedside ultrasound in the hands of a nonradiologist. This has included everything from detecting diseases of the gallbladder to assessing relative heart contractility. More recent studies have even shown benefits when using ultrasound to diagnose fractures and pneumonia. The role of the ultrasound expands by the year as a result of its widespread use in the emergency department. What these studies also inherently show is the ability of a nonradiologist to effectively perform these exams. This opens doors for many other specialties to incorporate it into their daily practice.

With its many merits come the many possibilities of perils with its misuse. Without proper instruction, images can be misread and inappropriate treatments started. This is not specific for the ultrasound and, unfortunately, has become a common argument among physicians not ready to embrace the ultrasound.  However, these same problems are seen when undertrained individuals use the stethoscope or ophthalmoscope. So this does not mean we should case the ultrasound aside and not use it. It means proper training should be started in medical school and developed over years of practice.

Many medical schools have already started incorporating the bedside ultrasound into their curriculum. Medical students at Yale University learn bedside ultrasound as part of their 1st year curriculum of human anatomy. Similarly, students of Hofstra University are given handheld ultrasounds to use while they learn the delicate skills of the physical exam.  This is a huge development in helping students learn the basics of the human body. Now they can visualize a beating heart as it goes through the cardiac cycle and track the branches of the aorta. It will also increase their sensitivity of physical exam findings. For example, they can now listen to the lungs with the stethoscope and use the ultrasound to visualize early signs of excess fluid in the lungs.

While we are still a few years off from carrying the tricorders some dreamed about in Star Trek, we are one step closer.  Bedside ultrasound has revolutionized the way medicine is practiced for many specialties, and it will only continue to grow in utility.  Instead of making excuses why we should learn to use it, we should be coming up with excuses why we are not already using it on our patients.  With increasing technology, the refinement and fine tuning of the ultrasound will make it easier to use and more accurate in its diagnosis. It is up to us as doctors and our responsibility to patients  to jump on board with this exciting new technology. 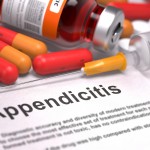 Bedside ultrasound should be used by more doctors. Here’s why.
3 comments