A Finnish group randomized patients with acute appendicitis to surgery and antibiotics and found that antibiotics were successful in 73 percent of patients. Depending on how this is framed, you can celebrate a 70  percent success or lament a 30 percent failure. Much of the debate in health care is a battle of framing.  The study has limitations. Finland is not just a land of the midnight sun but a land of fewer laparoscopic surgeries than the USA. This is important because if done properly laparoscopic surgery has a lower morbidity than open surgery, as Skeptical Scalpel explains.

Should we be excited that antibiotics can be used for acute appendicitis? Patients won’t need to be opened up. This will be a revolution. A paradigm shift. Right?

Here are my predictions if antibiotics become the first line treatment for acute appendicitis.

1. The incidence of mild early subclinical tip appendicitis will increase, dramatically. Mild early subclinical tip appendicitis (MESTA) is a disorder that affects nearly all radiologists reading CT scans for acute appendicitis at some point in their career. I suffered MESTA as a junior attending. I read a CT scan in a young man with abdominal pain. The appendix was 6 mm. The size cut-off for an abnormal appendix is 6 mm. Of course, nothing dramatically happens as the appendix increases from 5.99 mm to 6.01 mm. 6 mm is a threshold. A line must be drawn somewhere.

The young man had an appendectomy. The surgeon emailed me a few days later.

I scrolled to the bottom of a long pathology report. And there were two words that made me cringe: “normal appendix.”

“Normal” is a great word for patients. “Normal” indicts a radiologist who has just said “not normal.” I felt like an utter idiot. Not because my diagnosis was a false positive — false positives happen when we chase true positives — but because of the consequence of the false positive. The patient had an operation, unnecessarily, because of me.

I have since kept MESTA at bay. If in doubt, I inquire about the patient’s clinical presentation and the white cell count. If equivocal, I say “normal appendix,” gulp water, and pray.

But what if antibiotics, not surgery, had been the treatment for appendicitis? The stakes for being falsely wrong would seemingly have been lower. Not zero, but lower. I can imagine this conversation with the clinician: “You said MESTA, right? I’ll put him on antibiotics, just in case. Better safe than sorry.”

2. The incidence of pseudomembranous colitis will rise. In the trial, patients randomized to antibiotics received intravenous antibiotics for three days followed by oral levofloxacin and metronidazole for seven days. With antibiotics as the first line for appendicitis, and an increased use because of a rising tide of MESTA, the overall antibiotic use will increase. Statistically speaking, someone will develop pseudomembranous colitis (PMC), and someone will develop a complication of PMC such as toxic megacolon. You can call these own goals. What’s an own goal? Recall Columbia versus USA, world cup, 1994.

Assume a conservative estimate of the incidence of PMC of 1 percent with antibiotic use. The incidence of appendicitis is estimated to be 250,000 in the U.S. If acute appendicitis is treated with antibiotics this means there will be 2,500 additional cases of PMC a year. Fulminant colitis has been reported in up to 3 percent of PMC. That means 75 additional cases of severe colitis. This does not seem like many unless you are one of the 75, wondering whether the cosmetic benefit of avoiding laparoscopic scars was really worth the possibility of a looming laparotomy and bowel resection.

3. CT scans will be repeated for proven appendicitis. A young man is treated with antibiotics for appendicitis. He returns to the emergency department after five days because his pain has not resolved. If treated with antibiotics, you know that your inflamed appendix is still there, and you might be tempted to find out if all that raging inflammation is still raging.

CT will be repeated to look for progression of appendicitis with the rationale that if there is progression the appendix will be removed. A novice radiologist may report the following “mild subclinical progression of minimal peri-appendiceal fat stranding is not entirely excluded with absolute certainty.”  Not to mention the more justifiably nebulous “active inflammation versus post inflammatory sequelae, compare to prior CT, when available.”

Also, CT will be done for both real and suspected PMC, and complications of PMC. So there will be even more imaging, even more CTs, even dollars.

Progress in medicine has many flavors. Sometimes we march on the spot by renaming an old phenomenon. A case-in-point is patient-centeredness. Formerly, this was known as the doctor-patient relationship. That was before we decided medicine was like making cars, or cheesecakes, or goat biryani, and then discovered that people are not widgets.

Sometimes we march two steps forward and three steps back. There’s a lot of euphoria when we march forwards. But when we march back, we forget the false euphoria because we are tuned to new sensationalism. With appendicitis we may, on balance, incur a net loss, not a net gain, if the paradigm shifts to antibiotics. That is, we may be penny wise but pound foolish.

Nevertheless, the Finnish study has implications. If in the Antarctica or the Sahara Desert, both on my “to visit list,” I have right lower quadrant pain, I won’t waste time searching for a CT scan or a surgeon. I’ll start antibiotics empirically. That’s a huge relief.

Bedside ultrasound should be used by more doctors. Here's why. 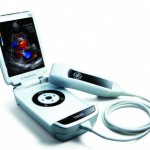