An excerpt from The Digital Doctor: Hope, Hype, and Harm at the Dawn of Medicine’s Computer Age (McGraw-Hill, 2015).

The YouTube video opens to show a balding middle-aged man sitting on a stool, strumming a guitar. In a gentle, twangy croon, the man, Robert Schwab, chief quality officer for Texas Health Presbyterian Hospital in Denton, Texas, sings “The Ballad of Go-Live,” a week-by-week chronicle of what happened when his hospital turned on its electronic health record system in 2012. He set his lyrics to the melody of the Simon and Garfunkel folk ballad “Homeward Bound.”

I’m sitting at the nurses’ station, my ticket filed in desperation.

Waiting for the help desk guy, to give me something I can try …

to get a patient list so I, can finish rounds before I die.

Somehow, he makes it through Week 1, and the song continues [the tune is now the song’s chorus]:

One … I’ve discharged someone.

[Mournfully] But I don’t know who.

The unanticipated consequences of electronic health records begin at the beginning, with a ritual known as “Go Live,” when an entire organization flips a switch and converts from one way of doing work to another. Of course, problematic implementations of large computer systems aren’t limited to healthcare organizations: efforts to install massive new systems have failed famously in the FBI, the U.S. air traffic control system, the Internal Revenue Service, and, most recently, with the disastrous launch of the Healthcare.gov site in 2013. But the $30 billion dollars of federal incentives doled out between 2010 and 2014 under the HITECH Act resulted in tens of thousands of Go Lives — in doctors’ offices and hospitals — in the space of a few years, making this perhaps the largest widely distributed nationwide computer installation in American history, an El Niño of electronic despair and anxiety.

The first indication that an EHR Go Live was not tiddlywinks came in 2002, when Cedars-Sinai Medical Center in Los Angeles launched its brand-new system and the doctors nearly went on strike. For many in healthcare, the Cedars fiasco served notice that a Go Live was unlikely to be as easy as it had seemed during the vendor demo or—since Cedars had built its own system—during early morning discussions over bagels and coffee. Cedars’ experience was particularly scary because everyone knew that the hospital hadn’t done things on the cheap. After all, Cedars-Sinai, which sits at the intersection of Gracie Allen Drive and George Burns Road, is where the Hollywood glitterati go when they’re sick.

But money can’t buy everything, and in this case it failed to produce a usable system. Physicians grumbled about overabundant alerts, inflexible workflows, and massive inefficiency. One doctor told the Los Angeles Times that, while it previously took him five seconds to prescribe vancomycin, it now took him more than two minutes. “If I have to add five to ten minutes to each patient,” he complained, “that adds hours to my day.”

Cedars executives insisted that they’d kept the rank-and-file physicians in the loop as the system was being developed, but the doctors disagreed. “They poorly designed the system, poorly sold it, and then jammed it down our throats and had the audacity to say everybody loves it and that it’s a great system,” said one surgeon. Although no fatalities were identified during the Go Live, patient safety problems were plentiful, including that of a baby who received a short-acting anesthetic for his circumcision — a day before the procedure.

Soon after Go Live, the monthly meeting of the medical staff — usually a sleepy, clubby affair — was transformed into a near-riot, including threats to impeach the chief of staff. The medical center got the message and agreed to ditch the system within a month of going live. The cost, in 2002 dollars: $34 million. “The important lesson of the Cedars-Sinai case is that electronic health record implementation is risky,” David Brailer (the director of the federal Office of the National Coordinator for Health IT at the time) told the Washington Post. “Up to 30 percent fail.”

The trauma of a Go Live isn’t limited to large medical centers. In fact, hospitals’ deep pockets and ability to hire specialized experts arguably make their implementations easier than those in doctors’ offices. Since two-thirds of American physician-patient encounters take place in offices with four doctors or fewer, the computerization of small practices is a very big deal.

In 2004, Richard Baron, the lead physician for a four-person practice in Philadelphia, decided to go paperless. Baron had been spending part of his time helping to lead a Medicaid HMO plan, where he was able to easily answer questions like, “Let me see which of Dr. Smith’s female patients between ages 50 and 65 had a mammogram in the past two years,” a riddle that Baron himself was unable to solve in his own paper-based practice. He knew that he could manage his patients better if he went digital.

Baron still remembers his Go Live (on July 14, 2004 — fittingly, Bastille Day) as if it were yesterday. “The office staff came to work that day, and none of them knew how to do their job,” he said. For Baron and his colleagues, the first several months “felt like feeding an infant. You’re just putting massive amounts of data into it because it starts off empty, and you’re kind of hoping it will be quiet,” he said. “A number of times, we wanted to throw the thing against a wall.” During that year, “We were all mad at each other … and everybody in the office hated me,” he said. “It nearly broke up the practice.”

The details of daily practice created the biggest problems: medication refill requests, phone calls, lab slips, reports from outside doctors. Everything needed to be entered into the EHR, and everything required a workflow that differed markedly from the one they’d been using for 15 years. “Although the vendor urged us to think through and document the new work flows in advance,” he and his colleagues wrote in a 2005 article describing their experience, “we found ourselves making innumerable decisions about how we would use the system before we really understood how it worked.” This meant a huge amount of real-time improvisation, which Baron, now CEO of the American Board of Internal Medicine, likens to redesigning an airplane while in flight.

Despite the trauma, most organizations make it through Go Live seared but alive, and one of the reasons that Epic has come to dominate the EHR field, at least for large hospitals, is that its approach to implementation, while awfully expensive, is also tried and true. Yet even an Epic installation is so intense that an organization and its clinicians would be forgiven for believing that they’re home free once they have survived it.

But, like rafters who have successfully traversed a Class IV patch of white water, it’s a good idea to take a deep breath and then settle in for more choppiness ahead.

Bob Wachter is a professor of medicine, University of California, San Francisco. He coined the term “hospitalist” and is one of the nation’s leading experts in health care quality and patient safety. He is the author of The Digital Doctor: Hope, Hype, and Harm at the Dawn of Medicine’s Digital Age and blogs at Wachter’s World.

How doctors can protect their online reputation 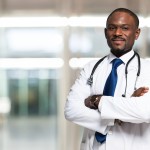 Surviving an EHR launch: The trauma of Go Live
3 comments