I helped care for children who arrived in our emergency departments after multiple suicide attempts due to trouble in the home. Some children confided in me about their parents’ struggle with untreated substance use or mental illness and how witnessing these conditions deeply affected them.

Other children were admitted for seizures of unknown cause that were later found to be manifestations of psychological distress — in one child related to sexual abuse, maternal abandonment, and neglect.

Overwhelming anxiety due to fears of deportation. Teenage deaths due to gang involvement. Children with unstable housing. Children rationing their food for fear of when they would next eat. I saw it all, and it was heartbreaking.

These instances exemplify the impacts of adverse childhood experiences (ACEs), which are traumatic or stressful events, including abuse, neglect, and household dysfunction that are experienced before age 18.

ACEs screening has become a major public health focus in the past several years, given the known association of ACEs with poor mental and physical health outcomes throughout life.

In January of 2020, California launched the first-in-the-nation statewide ACEs screening program, the ACEs Aware Initiative, to address the public health impact of ACEs on children throughout California.

However, as ACEs screening continues to increase, simply identifying ACEs proves futile if trauma-informed interventions are not in place to address ACEs once they are identified. These interventions should implement the principles of trauma-informed care, acknowledging the effects of trauma on health and behavior and integrating this knowledge into a non-judgmental and patient-centered practice.

The literature on the long-term impacts of ACEs is well-defined and growing. ACEs are associated with risky behaviors and poor health outcomes later in life, including diabetes, hypertension, and coronary artery disease.

Having an increased number of ACEs is associated with later mental illness, problematic alcohol use, problematic drug use, and violence directed at others or oneself.

Studies have also shown an intergenerational association between parent and child ACEs scores. Given these known associations, investing in trauma-informed ACEs interventions to address traumatic childhood life experiences has the potential to impact generations and decrease poor mental and physical health outcomes. Universal ACEs screening by providers in pediatric clinics is becoming standard in California since the implementation of the ACEs Aware Initiative, but screening for ACEs is not enough.

Some researchers judiciously argue that widespread screening for ACEs should be paused until effective interventions and responses have been created to address positive screens. While ACEs screening can provide important information about the family, it can be harmful to already struggling children and families if no effective interventions are in place to address that need.

Some may argue about the cost-effectiveness of investing in ACEs interventions, but the numbers don’t lie.

Investment in ACEs interventions represents a key opportunity given that ACEs cost California an estimated $112.5 billion annually and could cost the state over $1.2 trillion over the next decade. One study exploring the annual ACEs-associated costs across Europe and North America suggests that a 10% reduction in ACE prevalence could equate to annual savings of 3 million disability-adjusted life-years (DALYs) or $105 billion. The first step to reducing ACEs prevalence is identifying the ACE, which we are moving toward in California. Our next step is addressing that need using patient-centered and trauma-informed intervention and treatment programs.

As of November 4, 2021, over 500,000 children and adults in California had been screened for ACEs. While this represents a tremendous accomplishment, we must do more to ensure that these children and families are able to access the services necessary to address their identified ACEs.

The evidence clearly shows that ACEs are extremely harmful to children’s developmental, physical and mental health. We have responded to this evidence by increasing ACEs screening. Now, we must invest in trauma-informed interventions to help address these ACEs.

I want to see a comprehensive intervention system that centers on children and families and aims to address these needs early in the child’s life. I want to see more families trusting their pediatricians with ACEs information because they know they will receive the help that they deserve. I want to see fewer children struggling with mental illness, attempting suicide, and dying due to violence from unresolved childhood trauma. Don’t you?

Vida Sandoval is a medical student.

Chaos and order: the simulated context 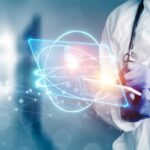