Well, a study conducted in the last couple years in Switzerland raises questions about the effectiveness of such feedback. In the study, researchers randomized physicians to either receive feedback every three months (on how many antibiotics they prescribed compared to their peers), or receive no feedback. They hoped that such feedback would shame over-prescribers into prescribing more parsimoniously. The physicians in the intervention group received a one-page letter every three months, with a nice picture showing them their relative rate of antibiotic prescribing.

The intervention didn’t work. In fact, here’s one of the most stunningly null findings I have ever seen pictured in a medical journal, with every hill and valley tracked in parallel, like two people on a tandem bike:

A single failure does not doom an entire field of study. Feedback, in fact, did reduce antibiotic prescriptions in a prominent U.S. study. But reaction to that to that study has been almost desperately enthusiastic. People are so eager for behavioral economics, and related fields, to solve health care problems, that they get carried away.

Human behavior is complex. We shouldn’t expect changing physician performance through behavioral economics will be simple. 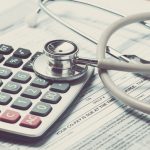 How can patients navigate our complicated health care system? 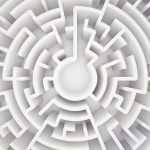