So there is this guy from MIT or Harvard, or some other place where they teach our leaders how to lead, and his name is Jonathan Gruber. Mr. Gruber, it seems, was hired to consult with the Obama administration during the time the Affordable Care Act (ACA) was created because of his extensive expertise in designing the Massachusetts health care system. In recent weeks, people who don’t particularly like our President, and his Obamacare health insurance reform, began floating video snippets of Mr. Gruber publicly discussing the stupidity of the American electorate and the purposeful lack of transparency that in his learned opinion enabled the enactment of the ACA.

The right wing conservative media savored their “I told you so” moment with great gusto. The left wing media immediately rose to the occasion reiterating the litany of Obamacare benefits, which should not be forgotten just because this one guy said that we are all idiots. Mr. Gruber himself expressed “regret” for his “off the cuff” remarks. Perhaps they don’t teach linguistics at MIT, but “off the cuff” is not a synonym for erroneous. David Axelrod declared on Twitter that Mr. Gruber is the one who is stupid, and the White House assured us that nobody there shares Mr. Gruber’s opinions. Some Congressional leaders, seemingly afflicted by the Iran-Contra syndrome, couldn’t remember who Mr. Gruber was, while others decided to bring Mr. Gruber in for questioning. Reality TV doesn’t get much better than this.

But what if Mr. Gruber is right? What if we are stupid? Not each and single one of us, and not all day, every day, but every two years or so when we come together to form the American electorate. Here is a dirty little public secret: Many of us share Mr. Gruber’s opinion, albeit in a more eclectic format, and many of us have no problem publicly broadcasting our views. Liberals believe conservatives are too stupid to understand that Medicare is a government-run program, too stupid to understand scientific concepts, and stupid enough to go to war over imaginary threats. Conservatives believe liberals are too stupid to understand the Constitution, too stupid to grasp the basic concepts of freedom and liberty, and stupid enough to hand over our democracy to a fascist communist Islamic emperor on a platinum fundraising event platter.

Perhaps instead of gleefully watching the Gruber spectacle, we would be better served by trying to figure out why our collective actions look stupid when viewed from the elevated vistas of our rarefied intelligentsia. Using health care reform as an example, although there are many more equally instructive subjects, here are a couple of recent teachable moments that could explain our tarnished image.

On November 4th, California voters “soundly rejected” a proposition “that would have halted excessive health care insurance rates.” It seems that California voters like paying excessive prices for their health insurance, and if you like your excessive prices, you should be able to keep them. Alternatively, one could be tempted to surmise that California voters are too stupid to understand what they are voting for. Earlier this year, Californians expressed massive support for Proposition 45. Between then and Election Day a $43 million media blitz, financed mostly by insurance companies, descended upon California to convince voters that allowing health insurance corporations to steal their money, unencumbered by public regulations, is a good thing. It worked.

It may be worth mentioning that the non-profit Kaiser Permanente poured almost $15 million of its tax-exempt revenues into defeating Proposition 45. Back in 2009, while the Affordable Care Act was being shaped, President Obama held out Kaiser Permanente as “one of the models of high-quality, cost-efficient care” that “would have solved our problems,” based on the experience of his grandmother in Hawaii. We may need to broaden the usage of epithets beyond the plebeian electorate.

But the one thing that breaks my heart in the Proposition 45 surreal, yet typical, chain of events is that almost without exception, California medical associations chose to align with and actively support the insurance industry. The same insurance industry that is treating doctors like commodities, firing them from networks at will, and is routinely robbing them of professional autonomy. TV commercials featuring real physicians, sporting white coats and stethoscopes, abusing their trusted relationships, reciting outlandish prophesies that no one can verify, littered the public airwaves in California this fall. Practically every organization whose members are paid with health care dollars threw its support behind this willfully deceptive campaign to defraud the people of California.

Back at the start of 2013, the Centers for Medicare & Medicaid Services (CMS) indicated that payments to Medicare Advantage plans are “likely to decline by 2.3 percent in 2014.” On April 1st of 2013, CMS reversed its decision and released final Medicare Advantage rates for 2014 that showed an increase in payments following a “change in methodology.” Turns out that a Congressional staffer provided information to a lobbyist, who passed it on to an analyst, triggering a buying spree of health insurance stocks prior to the CMS announcement and lots of rich people got richer. The New York Times dutifully published an article in its business section outlining the insider trading investigation recently initiated by the Securities and Exchange Commission for this event.

Leaving this particular outrage aside, one might wonder about the nature of this “change in methodology” that triggered an increase in Medicare Advantage payments. Did the CMS revise its calculations? Did the original figures contain arithmetic errors? As it turns out, this is not about math. An email from the lobbyist to the analyst indicates that rates were changed because “a deal has been hatched to increase Medicare Advantage rates in order to smooth the confirmation of Marilyn Tavenner as the new head of Medicare.”

Unlike her predecessor, Dr. Donald Berwick, who is a staunch liberal with a long record of public statements to that effect, Ms. Tavenner was an uncontroversial appointee, with no political (or any other) damning baggage, and as such enjoyed the support of large swaths of the industry, as well as powerful Republican officials, such as Sen. Chuck Grassley and Rep. Eric Cantor. But that was hardly enough. It seems that today in America, the lawfully elected president of the United States, and the lawfully elected Congress, in order to perform the most mundane functions of their respective offices, must first grease the palms of health insurance companies. And the saddest part is that neither the New York Times nor any other media outlet, thought this to be newsworthy.

Mr. Gruber is just the latest public figure to express regret for being caught. Back in 2012, Gov. Romney had to stage a tortured apology for calling half the country irresponsible bums. Last year, the powerful Director of National Intelligence James Clapper, apologized for blatantly and intentionally lying to Congress about covert surveillance of most Americans. Just a few days ago, Uber’s CEO Travis Kalanick, staged a ridiculous Tweeter apology for explicit threats to unfriendly journalists made by another Uber executive behind closed doors. Facebook apologized for experimenting on its users and Google constantly apologizes for snooping around without permission. We now have an entitled class that regrets only the inconvenience of having its business and opinions exposed, and subsequently used by their opponents in the power games played by the rich and famous.

Mr. Gruber rightfully did not apologize for his remarks, because they were authentic and truthful as most off the cuff utterances are. From the vantage point of our elected government and its diverse assortment of greedy consultants, the American electorate must indeed look pretty stupid. And from the higher perches of billionaires and corporate interests, both American voters, and their seemingly elected officials, must appear as the sheer embodiment of laughable stupidity. Instead of reflexively shooting the unsavory messenger, perhaps we should thank him for the heads up, look at ourselves in the mirrors held by great power and great wealth, and take stock of what we have become as a nation. We can do this, precisely because in spite of acting like a bunch of idiots lately, we are not, and never have been, stupid. 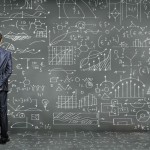