Jonathan Gruber went from unknown to infamous in the last few weeks, a result of disparaging comments he made about the Affordable Care Act (Obamacare) and even more disparaging ones he made about the American people. According to Gruber, the Obama administration counted on “the stupidity of the American voter” to pass the bill. In fact, the Obama team’s “lack of transparency” was deliberate, because they believed the law would not have passed if people fully understood it.

Under the sharp glare of our politicized media, Gruber’s comments have led to predictable disputes about what the comments really meant, and whether he accurately described the Obama administration and, of course, about who-the-heck Gruber is. He is described as an”architect” of the law on the right. On the left, he is portrayed as “did you say ‘Gruden’? ‘Goober?’ Sorry never heard of him.”

I’m not here to analyze Gruber’s infamous remarks. Instead, I am here to remark upon what Gruber has not said about Obamacare.  Like the dog who didn’t bark, it is what Gruber hasn’t said that reveals the most about his opinion of the law.

Gruber, you see, did play a fundamental role in the development of the ACA. He was paid gobs of money by the Obama administration, but not to estimate the intelligence of the American public nor to advise the administration on the best way to sell the public on the merits of the legislation. Gruber is not an expert on politics or public opinion. Instead, he was paid to tell the administration what the economic impact of the law would be.  Budget hawks, like OMB Director Peter Orszag, were fixated on making sure that the ACA didn’t balloon the federal deficit. So when crafters of the bill bandied about potential policies — “should we expand Medicaid to 133 percent  of the federal poverty limit or 150 percent” – Gruber ran the numbers to tell them how much each option would cost.

If Gruber had said his economic model was BS — that it was a charade to fool the American Public — I would be angry as hell.

If he had said that the administration had hired him to run his model because that model gave them the answers they wanted to hear, rather than more accurate numbers they didn’t want to know about, I’d be extremely concerned right now.

But that’s not what Gruber said. Everything I have heard from people involved in drafting the ACA reassures me that when it came to the numbers, the Obama administration was honest and earnest.

Democrats have been foolish to pretend they don’t know who Gruber is. Instead of arguing about how large a role he played in the ACA — whether he was an architect or a nobody — they should have focused on what role he played, and on whether the public comments he has made about the law relate to that role.

Gruber did not disparage his economic model, but instead blathered on about the politics of Obamacare. Lord knows (even Lorde probably knows) that politics has and continues to loom large over the ACA. Passing the law required hardcore political maneuvering. But Gruber wasn’t an important part of that process, and his economic model, to my knowledge, was never used for political reasons.

Folks.  Whether you love or hate the ACA (and I’m in the middle of those extremes), the law has been law now for quite a while. It is time to judge it not by what Jonathan Gruber says about the politics of passing the law. It’s time to judge it by what it has and hasn’t accomplished.

Medical students in the couples match: One student's story 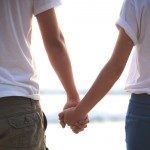