I wish I had a dollar every time someone gets misty-eyed about the physician-patient relationship — and two dollars every time they say protecting it is the key to health care. That might be true, if you thought health care was awesome circa 1960.

Hereʼs what the physician-patient relationship meant back then: Physicians say, patients pay. We have seen little progress since then. The claim that the relationship is now symmetrical is simply false, and requires willful blindness to the deep imbalance in medicine.

Patients see this power disparity before we even see a physician. It starts as soon as you try to schedule an appointment: Are you new? First available in three months. Physicians donʼt call patients, begging them to come in.

If the patient-physician relationship were at all balanced, you might expect physicians would embrace empowered patients. Not so: Witness the antipathy for the many online resources now available to patients, widely denigrated as “Dr. Google.” The knowledge a patient gets from a lifetime spent learning about and managing a disease is somehow trivial, compared to what a physician learns from a former cheerleader handing out pens. And if you disagree, youʼre welcome to roll the dice at another practice — three months from now.

The basic problem is that there are not enough physicians to satisfy demand. This is a direct consequence of physicians working to limit the number of physicians — that is, limiting competition to guarantee the lucky few command high salaries. In 1961, Milton Friedman called the American Medical Association “the strongest trade union in the U.S.” The lack of competition also means physicians have small incentive to behave better towards patients.

Moreover, the AMAʼs heyday is directly responsible for the state of medical care today. The expense — and lack — of care for elderly patients led to the creation of Medicare, widely reviled as enemy #1 to the physician-patient relationship. For all the supposed harm to that relationship, patients donʼt seem to mind: they are fervent in its defense at the polls.

Worse, the easy money of the medical monopoly lured players even more ruthless than the AMA. Pharma companies, corporate hospitals, and private insurers all grabbed a chunk. Even medical schools  took a piece: Tuition rates are driven by what graduates are expected to earn. The whole greedy mess is a feedback loop, driving the heavy price of health care, all on the backs of patients.

Physicians are upset to find themselves next lowest on the totem pole. They donʼt earn as much money as they want, and their jobs arenʼt as easier as they like, but letʼs be clear: They still want a place on the pole. Their desire to saw off everyone above them just means they want to be the only ones standing on their patientsʼ backs.

The irony is that many physicians claim patients are too dumb or lazy to value the physician-patient relationship in health care. Itʼs more accurate to say that many patients have been conditioned into apathy by exactly that relationship. Empowered patients know better than to trust in physiciansʼ empty nostalgia.

If physicians really want to fix health care, they can start by fixing their relationship to patients. That means correcting the power imbalance: Accepting patients as equal partners, giving them control over their treatment, and being sensitive to the extreme financial and social burden medical care puts on them. Physicians should begin with self-reflection, to appreciate how their own professional customs and attitudes reproduce the toxic dynamic corroding our health care system.

Patients cannot be allies to physicians, so long as we are their subjects. Patients need to be empowered to advocate for their interests in the health care system. When empowered patients see a relationship worth protecting, we will work to protect it.

So, yes: I wish I had a dollar every time someone mentions the physician-patient relationship. But more than that, I wish I could believe it.

Duncan Cross blogs from the perspective of a patient at his self-titled site, Duncan Cross.

Chest pain and what we can learn from changing flat tires 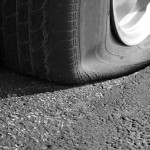 The 7% plan to fix primary care