Ever get confused over the names of medicines?

But Zanaflex is also known as tizanidine. Tizanidine functions very differently than Zantac and its other name, ranitidine, even though they sound alike.

Every drug has (at least) two names — one proprietary, and one generic. Proprietary names are created to sound catchy by the original manufacturer, almost always under a patent. The generic names are more like chemical names, in that drugs of the same class that are similarly purposed will have common suffixes, like the cholesterol controlling pills known as  statins, or the cardiac medications known as beta-blockers (whose names end with “-olol”).

As Theresa Brown points out in her most recent New York Times column, this is a recipe for disaster.

One way to cope with this issue in the medical world is to insist on the use of generic names. One of my professors used to do that. If a medication’s trade name were used, he would insist he’d never heard of that drug.

Medical journals, though chock-full of proprietary-named drug ads, insist on generic names in their scientific articles. Better to separate the wheat from the chaff.

One addition to Brown’s piece: There’s lots of confusion over generics, too. Since any drug manufacturer is able to make and sell generics, multiple companies can make the same medication though the pills (because of the inert additives) might look entirely different.

I riffed about this previously, and the harm it caused a patient of mine.

Why not mandate a standard pill size/shape/color for generics and minimize the likelihood of error?

On the ultimate loss of control, living with uncertainty, reflecting on the future, and being a patient 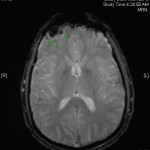 Rwanda provides primary care lessons we can learn from 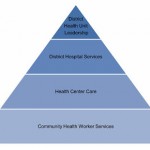