This year Oklahoma voters made a clear choice to legalize medical marijuana, joining thirty other states that permit cannabis for medicinal use.

Unsurprisingly, immediately in the vote’s aftermath, patients began asking me to “prescribe” medical marijuana licenses, as the new law stipulates users must have as a precondition for legal purchase. The new law does not, however, specify qualifying diagnoses for which medical marijuana might be clinically indicated.

My answer thus far has been, “Not now. Likely never.”

This has not been a popular response. One patient looked at me as if I’d put a lump of coal in his Halloween bag.

I’m not a fan of medical marijuana for several reasons. The main issue is the lack of proven medical efficacy. I know there are thousands of anecdotes from people whose pain or anorexia has been diminished by marijuana–and I’m genuinely glad for them. But I’d like to see better powered controlled trials of cannabis products head-to-head with accepted therapeutic agents. Having the FDA weigh in on marijuana’s safety and efficacy would also go a long way toward legitimizing pot’s medicinal use.

Another major problem is smoking the stuff. If we had proven, standardized dosing of edibles, I’d be more supportive of medicinal use. But smoking anything — tobacco, marijuana, vapor juice — is not a healthy practice, and one I counsel patients to avoid. I hear the arguments about the purity of pot and how it’s “more natural” than manufactured tobacco products. The bottom line is that inhaling burning plant matter into your lungs is a terrible idea — regardless of the herb.

If voters want to legalize marijuana for recreational use, I have no objection — provided we put in place a legal framework to make sure that people don’t get hurt. Standardized dosing and measures to assure product consistency would be integral. And we’d need adequate enforcement to make sure that people aren’t impaired when at work or in other situations in which their marijuana use could jeopardize others.

Putting doctors in the middle of what amounts to a political, legal, social, and economic debate steers the medical profession in a race to the bottom — and let’s face it — our profession has enough problems already without being the gatekeepers of grass.

Remember that marijuana is still scheduled by the Drug Enforcement Administration as a Class I narcotic, defined as having “no accepted medical use and high potential for abuse.” So even though medical weed is now legal in my state, I have no interest in violating or abetting violations of federal law.

In fact, as it turns out, since I work at a university, our legal counsel is of the opinion that no provider in our system shall recommend marijuana, since our institution has numerous federal grants and funding streams and must, therefore, comply with all federal rules and regulations.

Some have suggested that given our national opioid epidemic, marijuana can serve as a safer alternative for pain control. Since most cannabis is homegrown, and where legalized a tax revenue source–this does make medical marijuana a more appealing alternative to propping up the seemingly ubiquitous heroin/fentanyl drug cartels.

This argument makes pot part of a harm reduction strategy, which I’d be more supportive of if the evidence were stronger.

Right now I see the pot economy as a Wild West with hundreds of entrepreneurs and medical professionals looking to stake claims in this new quasi-legal economy.

Get back to me when we have more state/federal legal congruence and clarity on the stuff’s true medical benefits.

John Schumann is an internal medicine physician who blogs at GlassHospital. This article originally appeared in Doximity’s Op-(m)ed.

Medicine is a word with 3 meanings 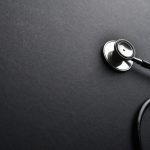 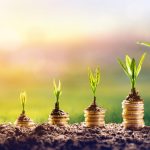