The Centers for Medicare and Medicaid (CMS) sets the rates all physicians get paid and insurance companies base their rates on the same formula. So who creates the formula? Well, it’s the doctors, silly! Or at least some of the doctors. Here’s how it works.

A 31-member committee formed by the American Medical Association is made up of representatives from the various specialty societies. This Relative Value Update Committee (RUC) meets in private and decides how much value each unit of medical work represents. That unit of work is then assigned a dollar amount and that creates the pay scale.

The catch is that primary care (internal medicine, family medicine and pediatrics) is very poorly represented on the committee. The surgical specialties; anesthesia, radiology and even tiny surgical specialties like urology or ear, nose and throat are equally represented and as a group they get to decide how to value a doctors time and expertise. This is why primary care has been undervalued and underpaid all of these years. Somehow something done with a scope or a tube or a scalpel is considered many times more valuable than thinking and diagnosing and treating.

This RUC has been criticized for years but no other system has been designed to replace it. The value that some specialties like ophthalmology and orthopedics are paid has created situations where doctors are paid the equivalent of 12 hours of procedures in a single day. The panel estimated 75 minutes for each colonoscopy and, according to the Washington Post, one doctor was able to bill for 26 hours of paid work in a single day. A colonoscopy rarely takes more than 20-30 minutes and most of the work is done by the nurse setting up the procedure.

I have been writing about the fact that fewer and fewer of our brightest physicians are choosing primary care specialties. This decline has persisted for years and now we have truly reached a crisis point, especially when Obamacare goes into effect and more people will be seeking care.

It is no wonder that young graduating doctors with $150,000 in school debt would pick a specialty like anesthesia where they could work 8 hours, never be on call, have no practice expense (except a billing and accounting service) and make 4-5 times what an internist makes. Thanks to the RUC for the lopsided value they place on medical care.

Medicare spending is capped. There is no way to raise the rates for needed physicians (like primary care) unless the value of other services is ratcheted down. The current RUC is seriously flawed and the time and relative work estimates some of the specialties have come up with is just wrong. Furthermore, this payment method shows no consideration for quality outcomes or value to society.

The Unites States is the only country where these wide ranges of specialist physician pay is seen. The relative value, as it is done now, needs to change.

Addressing the disparities in those using patient portals

Can sexualized images from pop music be a teachable moment? 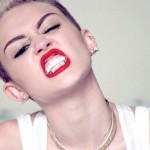