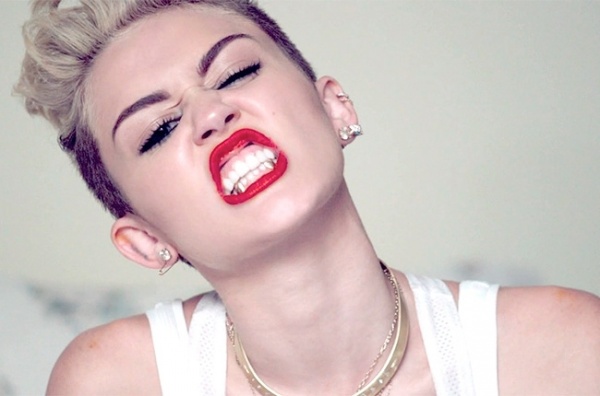 I have a confession. I like pop music. During my commute each day I admit I often make the mind-bending switch between NPR and the top 40 station. Even if you trend toward a more high-brow music collection, perhaps you’ll allow me that these tunes are catchy and they’ve got a beat. But lately I’m feeling fairly conflicted about it.

I didn’t watch the VMAs. But you’d have to be living under a rock not to get the general idea of what went on. And here’s the thing. This is nothing new. Pop music has been sending our kids mixed messages about women for a long time now. But, we’re pushing the envelope. And I don’t much care for it.

Here’s what I mean. Positive lyrics like “you’re original, cannot be replaced” and “just love yourself and you’re set” come from the same artists who in another song proclaim they, “wanna be a victim” or “when it’s love if it’s not rough it isn’t fun.” Artists who were Disney tweens a minute ago are now saying “come and get it.” These are fairly mild examples. A number of this summer’s hits range from misogynistic (at best) to thinly veiled approvals of gender violence.

Now, I’m all for free speech. I recognize the right of these artists and their handlers to produce whatever they like. And, they’re producing what sells. I just wish they wouldn’t or it didn’t.

Because I’m lucky right now. It’s pretty easy for me to prevent my three-year-old son from being exposed to these messages. He prefers “his” songs anyway — all sweetness and light. But it won’t always be this way. Soon enough he’ll join the ranks of the tweens and teens who spend multiple hours per day connected to the latest music-dispensing device or watching music videos online. This is time that is fairly tough for parents to monitor completely. Add up all of the sexualized images that our kids see from a fairly early age with all of the over-charged music lyrics they hear all day long and you’ve got the potential for a pretty powerful message.

Certainly, it is my responsibility as a parent of a boy to talk with him — earnestly, early, and often — about respect for all people. About my fierce belief in gender equality. It is our job, as parents, to model these beliefs in how we go about our daily lives — the words we choose to use and the way we treat those around us. I just wish that the message coming from greater American pop culture would back me up a bit more.

You might say that I’m old-fashioned. A bit of a curmudgeon. You might tell me to relax. But, I can’t really. Because the available data tells us that this stuff matters. Association is not causation, but we do know that:

How all of this changes how girls think about themselves or how boys think about girls is harder to get at, but I can’t help but think that at the very least it adds a fair bit of confusion on both sides.

So, I’ve started to change how I consume pop music. I’ve stopped listening to stations that routinely air music with overtly sexualized or violent lyrics. I’m buying tunes from artists who seem to buck this trend. Stuff that I wouldn’t mind my son overhearing. Perhaps some of you clandestine pop music fans might join me. And, I’ll have to start talking about sex and gender a bit earlier than I might have previously thought. Because I want my son to hear about it from me first.

I’d love to hear from parents of tweens and teens. How do you deal with this issue? Do you try to limit your child’s exposure? Or, rather, use it as a teachable moment?

Heidi Roman is a pediatrician who blogs at My Two Hats.

The relative value of how physicians are paid needs to change

Why aren’t hospitals more attentive to the needs of patients?

Can sexualized images from pop music be a teachable moment?
1 comments