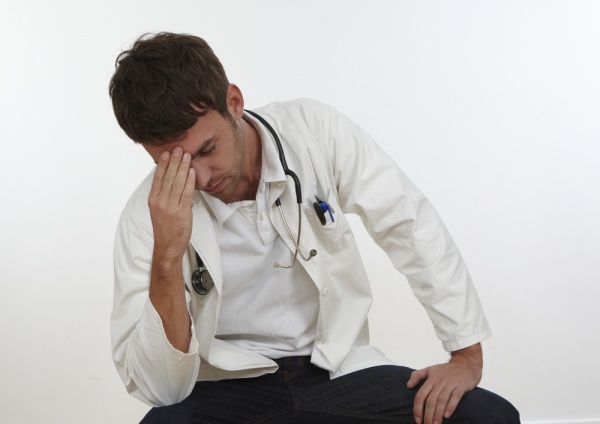 Just as Sherry Gorman describes in her compelling post, being sued for malpractice can launch a complicated mix of often overwhelming emotions so debilitating that personal and professional lives are never the same.

Since so many physicians are sued at some point during their career—some estimates say as many as 9 out of 10 —becoming educated about the malpractice process may be a way to prevent some of the turmoil. I’ve been interested in malpractice for decades, going so far as to earn my law degree while a practicing physician. Unfortunately, medical schools don’t teach anything about malpractice and defendant attorneys often don’t tell clients much about the process.

Most plaintiffs’ lawyers in malpractice cases don’t exactly give advance warning. When a physician is served with a lawsuit, the stages of emotions may come in waves or all at once. But rest assured, they will come—and they are normal.

Shock. It’s a doctor’s worst nightmare, and the immediate shock can actually cause physical reactions.

Anger. It is normal to feel angry at the patient who is suing.

Isolation. The physician can’t speak to others about the case.  Dr. Gorman says that this may have negatively impacted her emotions the most.

Embarrassment. For the practicing physician, seeing and interacting with peers and other health care professionals and thinking or knowing that they are aware you’ve been sued can be embarrassing, or even humiliating.

Self-doubt. The physician may end up second-guessing his or her skills and decisions.

Fear. Being afraid of the unknown is normal, as is thinking and maybe even obsessing about the worst-case scenario.

Being sued for malpractice leaves physicians at a higher incidence for burnout—a word with which most practicing physicians are familiar. A study by the American College of Surgeons (November 2011) indicated that surgeons who were sued had a higher rate of burnout and depression than peers who were not sued.

As a hospital administrator, I have personally witnessed colleagues emotionally and physically ravaged by the malpractice process.  Even worse, I’ve seen well-trained doctors lose their careers, and others commit suicide, as in the case described by Dr. Gorman.

I recommend that physicians served with a lawsuit take a time out, so to speak.  Go home. If it’s unexpected, maybe take a few days off if possible. Take time to process it and get beyond the initial shock so you can think clearly. This is where support from family and close friends is critical. Don’t go off into a “cave” and sulk. You may never get out.  Yes, you can’t speak about specifics of the case. But you can discuss pain, anger, frustration and fear with your support system. Consider seeking professional help, even if you don’t feel it’s needed yet. Take care of yourself, otherwise you risk hurting yourself and your patients.

Negative, pent-up emotions can spill into relationships with patients.  As a result, the physician embroiled in a malpractice lawsuit may over-order and unnecessarily use specialists because of fear and self-doubt. This is commonly called defensive medicine.

These negative emotions may cause the physician to become impatient, rude and distrustful with staff, which definitely doesn’t help the quality of medical care. In fact, the result could be mistakes and another lawsuit.

A lawsuit diminishes your public reputation.  Dr. Gorman’s case was front-page news in Denver and even nationally for months. Media outlets published inaccurate information about her that was probably libelous, but trying to do something about it would just have resulted in more time in the courtroom.

Victor Waters is an internal medicine physician and an attorney.  He is founder of the malpractice resource website Law-4-Docs.com.