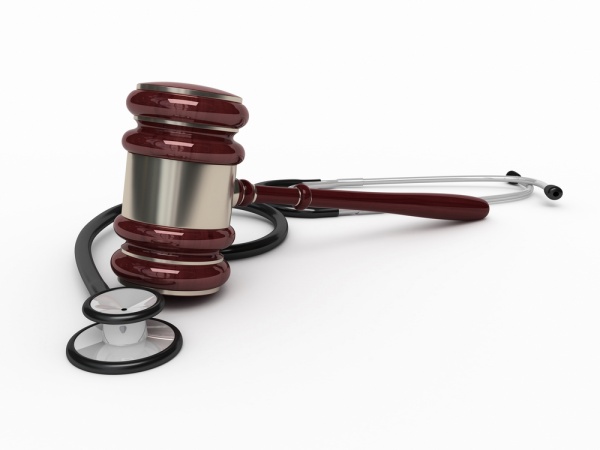 In March 2008, prominent Denver business owner Leslie Fishbein suffered cardiac arrest and died after receiving trigger point injections with bupivacaine for chronic neck pain.  Ms. Fishbein owned a chain of high-end furniture stores.  She was well known within the community because of her starring role in television commercials promoting her business.  Her death drew tremendous media attention and heavy scrutiny for the physician who treated her.

Dr. Daniel Brookoff was her doctor.  He was sued for wrongful death.  Even though we worked in the same city, I never knew him.  But we have two things in common – the same law firm sued us both, and our lives were both tragically affected by allegations of medical malpractice.  Sadly, Dr. Brookoff paid the ultimate price for the pain of his lawsuit.  On April 14, 2001, Dr. Brookoff was found dead inside his car in a parking lot in Memphis, Tennessee.  He had a self-inflicted gunshot wound to the head.  The day he killed himself was the very day that the lawsuit filed against him settled out of court.

When a physician is sued, regardless of whether or not the allegations have merit, it is a personal assault on his or her honor.  Unfortunately, the odds of facing litigation are against us.  A study conducted by the New England Journal of Medicine in 2011 shows that by the age of 45, 36% of doctors in low-risk specialties and 88% of those in high-risk specialties have been subjected to a malpractice claim.  By the age of 65, when most of us retire, those numbers jump to a staggering 75% for low-risk and 99% for high-risk specialties.  The fact that being sued is nearly guaranteed and often described as the “price of practicing medicine” does little, if anything, to soften the blow when it occurs.

Medical malpractice stress syndrome (MMSS) is being recognized as a real entity.  It bears a striking similarity to post-traumatic stress disorder.  Sadly, emerging victorious in litigation does not protect a physician from being traumatized.  One reason for this is that physicians are inherently likely to blame themselves for bad outcomes.  Legal claims magnify feelings of self-reproach.  Further exacerbating the situation is the physician’s inevitable concerns over loss of livelihood, loss of control, damage to reputation, loss of assets, and lack of knowledge regarding legal proceedings.

MMSS can manifest in both psychological and physical forms.  Following a lawsuit, physicians report feelings of isolation, negative self-image, anxiety, depression, self-doubt, anger, and inability to concentrate.  Physical symptoms can include either the development of a new medical illness or the exacerbation of a pre-existing medical condition, such as hypertension, coronary artery disease, or diabetes.

Treatment of the disorder depends upon the severity of the symptoms.  In the case of severe or prolonged anxiety or depression, especially if there are thoughts of suicide, the physician should not hesitate to seek psychiatric help.  Anti-anxiety and antidepressant medications may help stabilize a physician’s mood, thereby helping them to better cope with the litigation process.  Beyond this, knowledge is key.  Physicians should strive to educate themselves about the unknown.  This includes seeking guidance from colleagues and attorneys, reading literature about litigation stress, and attending support groups.

Another useful tactic for coping requires the physician to change how they view the process.  Being sued does not make one a bad doctor.  Unfortunately, many good doctors will find themselves involved in a medical malpractice case.  In many ways, it is more a factor of luck than competency.  The physician should also realize that the goal of the patient and the patient’s attorney is to obtain money.  In light of that, to the extent possible, the physician should ignore what the plaintiff’s side says or does.

Dr. Brookoff’s suicide should serve as a shocking reminder to us all that when we are publicly accused of harming a patient, the stakes are personal and extremely high.  For me, the process was the most devastating and stressful event of my life.  However, time has brought clarity.  I realize that I have something to offer to others.  By openly talking about my experience and bringing MMSS into the forefront, other physicians may be helped.  At least, I hope so.

Sherry Gorman is an anesthesiologist.  In 2009, she was sued for medical malpractice after a drug-addicted scrub technician diverted fentanyl and allegedly replaced stolen syringes with contaminated ones refilled with saline.  The scrub tech’s crimes are blamed for infecting over two dozen patients with hepatitis C.  One of those patients was under the care of Dr. Gorman.  Her case settled out of court in January 2012.  Since that time, she has slowly started to heal.  Part of that process involved writing a book under the pen name Kate O’Reilley.  Dr. Gorman hopes that through her book and speaking out to other physicians, she can bring something good out of a situation that nearly destroyed her.

Become a disruptive physician: How to do it right

Medical malpractice stress syndrome: The ignored side of litigation
137 comments