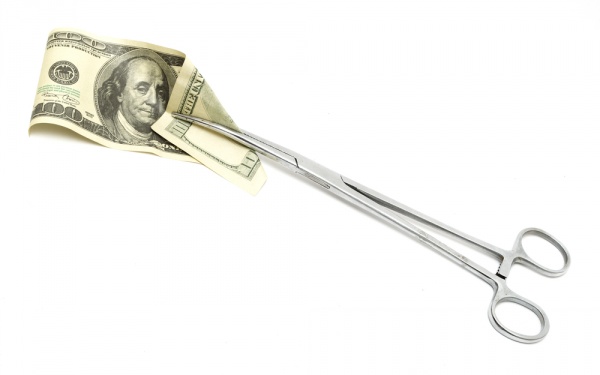 To cut costs in our health system, reformers target the massive of waste.  One way to reduce waste is to change the way doctors are paid.  The fee for service payment system, they say,  encourages doctors to prescribe more expensive care, which lines their pockets and drive up the cost of care.

To combat this trend, reformers often have providers in their crosshairs, introducing new payment models like accountable care organizations which, in theory, will keep costs down by paying doctors for the quality, rather than the quantity, of care.

The jury is still out on whether holding down costs this way will be successful.

I do agree there is tremendous waste in our system.  I’m on board with the Choosing Wisely movement, the attempt by professional medical societies to educate physicians and the public about unnecessary tests.

A variety of factors explain why doctors are incented to order expensive tests.  The rise of the relevance of patient satisfaction, for one.  The pervading mentality among physicians that more tests can shield doctors from malpractice lawsuits, for another.  Most reformers dismiss these reasons, but talk to any doctor: these factors often hover over medical decisions.

I want to focus on another reason, however.  The role of patients.  Health reform generally shields patients from the responsibility of rising health costs, but perhaps that should change.

In a recent study from Health Affairs, patients don’t want costs to be a part of medical decision making.

Researchers asked a focus group of patients and found that they “did not generally understand how insurance works and felt little personal responsibility for helping to solve the problem of rising healthcare costs. They were unlikely to accept a less expensive treatment option, even if it was nearly as effective as a more expensive choice.”

Worse, patients often felt vengeful towards insurance companies — which reformers have worked hard to vilify in the public arena — and because of this, patients “seemed to be motivated to choose expensive care out of spite.”

Doctors are being pressured to consider costs when prescribing care.  But holding costs down needs to be a shared responsibility between the doctor and patient.  Yes, the fee for service payment system needs to be abolished, and reformers are right to introduce new ideas to replace that flawed way of paying doctors.

But reformers ignore the patient’s role in controlling costs.  I didn’t see this particular Health Affairs study being covered in Wonkblog or the New York Times’ editorial page, for instance. Doctors can spend all the time they want going over the risks and costs of expensive tests, or explain why a generic medication is just as good as a brand name equivalent, but it’s a two way street.

How to avoid becoming a gunner in medical school