The role of race in college and graduate school admissions remains controversial in the U.S. In fact, the Supreme Court is currently taking up a challenge to a University of Texas program that considers race in its admission decisions.  Critics of race-based admissions question whether educational institutions would serve the goals of affirmative action better by relying exclusively on non-race based criteria, such as socioeconomic status and family educational history. Indeed, during oral arguments in the Fisher v. University of Texas case, Justice Alito questioned why African-Americans or Hispanics from privileged backgrounds “deserve a leg up against, let’s say, an Asian or white applicant whose parents are absolutely average in terms of education and income.”

Most of us would love to live in a color blind world. But sometimes being a member of a historically repressed minority group brings students valuable perspectives that cannot be captured by measures of socioeconomic status. I learned this lesson the hard way, when I was the attending physician on the general medical ward at the Ann Arbor Veteran’s Affairs Hospital.

William Reed (a pseudonym) was one of the patients on my service that month. A middle-aged African American man stricken by a bout of congestive heart failure, Reed lay in bed with his petite, gray haired wife seated next to him.  I entered the room surrounded by my students.  Early in our conversation, Mr. Reed mentioned that he had grandchildren.  Feigning surprise, I looked over at his wife with an astonished expression on my face: “Impossible! How could someone as young as you be a grandmother?” She laughed and we continued talking about her husband’s health.

I had used some version of that compliment many times in my career.  An elderly man would sit in my exam room next to his equally elderly wife, and I would pretend to mistake her for his daughter, my “error” almost always eliciting a proud chuckle from both patient and spouse. But on that day, my attempt at flattery did not go over very well with one of my students. When we paused in the hallway to discuss Mr. Reed’s clinical condition, she politely asked me to clarify something about our bedside discussion: “Were you worried about insulting the patient’s wife by mentioning how young she is?,” the student asked.

“Of course not,” I said.  “I have yet to meet a woman who doesn’t like being complimented on her youthful looks.”

“Well isn’t there a chance,” the student persisted, “that as an African American, she would be insulted that you are, in effect, accusing her of having babies and grandbabies at too young of an age?”

The student asked this question very gently and non-threateningly, but her directness and the fact that she was an African American woman herself caused her question to rattle around my brain like a course of electric shock therapy.  My first instinct was to get defensive. I hadn’t meant anything racial by my comment.  I had made that kind of comment to all kinds of people over the years, white and black; middle aged and elderly. But of course, my lack of racial discrimination wasn’t a good defense.  Instead, it was the source of my offense—to not take account of someone’s race when making this kind of comment is racially insensitive.   Suppressing my desire to defend my innocent comment, I thanked the student for helping me see the world through this couple’s eyes.

Good medical care requires good communication.  And for doctors to communicate effectively with their patients, they need to appreciate what their patients are thinking and feeling.  All too often, we fail at this basic art. As I explain in my book, Critical Decisions, this failure starts with the language we physicians use when conversing with our patients.  We explain that a test result is “negative” forgetting that negative—which is a good thing in most medical contexts—won’t sound good to many patients; we slip into jargon (“your peripheral smear showed immature cells,” as one of my residents explained to a patient during another of my hospital months), unaware that these words are uninterpretable by most people who haven’t received medical training.

Failure to take the patient’s perspective goes well beyond medical language, however.  We physicians frequently don’t notice when our patients are confused or overwhelmed.  We also fail to recognize when our patients are frightened or in pain, with one study of experienced oncologists revealing that when their patients communicated that they were suffering (“I am in pain, doctor”), the oncologists failed to acknowledge this suffering in 4 out of 5 cases.

And of course, as my interaction with the Reeds demonstrated, we physicians all too easily forget that many of our patients come from different backgrounds than we do, backgrounds that shape the way they view the world and the way they interpret their medical encounters.

I learned several important lessons from the medical student that day.  Most importantly, she taught me to more carefully consider how my words sound to my patients.  She also taught me that the medical workplace is made better by having a diverse workforce.  Medical care is about more than pills and laboratory tests.  Identifying the right diagnosis and treatment often depends as much on good communication as it does on modern medical technology.  Had I, a white male, been surrounded in that hospital room only by a bunch of white male medical students—even ones “absolutely average in terms of education and income”–I would not have learned that my attempt at a harmless compliment would translate poorly across cultural contexts.

As a society, we continue to struggle to grasp the harms and benefits of affirmative action, and of policies that promote diversity in education and in the workforce.  In the medical profession, however, diversity in the workforce not only benefits patients, by improving the pool of talent we draw upon to care for them, but also benefits the medical profession, by increasing the chance that all of us physicians–regardless of our race, religion, gender or socioeconomic background–will be better attuned to the ways our words and actions appear to people whose backgrounds differ from our own.

The fiscal disaster of healthcare costs has a human toll

Computers are meaningless in health care without computable data 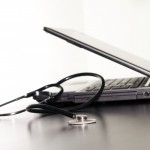 Why the medical professions should be color blind
11 comments