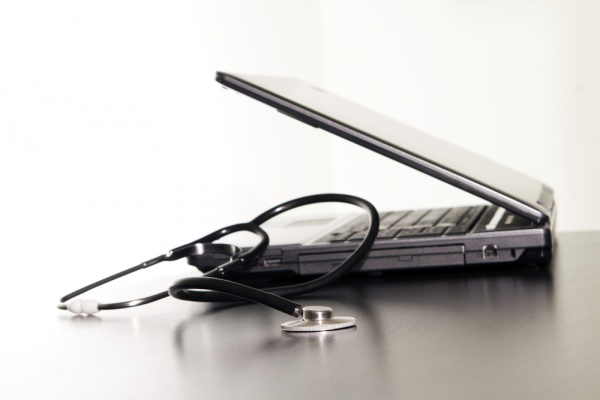 If this were a business concerned with bottom lines, cash flows and sustainability, this would be a good time to begin planning one of those posh executive retreats to evaluate current strategy. People would be feverishly working on pulling data for PowerPoint presentations, summarizing market research and deciding whether to select the vegetarian meal or not. If this were a better business, lots of little meetings would take place in preparation, and resolute department heads would be soliciting original thought from those not invited to the big executive retreat, but whose jobs are now on the line along with the department heads and maybe even the executive suite. But this is not a business and it is unclear who the executives are, or if there are any at all, so there will be no strategic retreat. There will be no retreat at all because we are witnessing the birth of a new religion, and the true faithful don’t ever retreat.

Once upon a time, two three decades ago, health care businesses attempted to utilize computers, just like everybody else, in their daily work. And just like everybody else, those green-eyed early computers were found to be pretty good for administrative health care tasks previously conducted by means of forms and ledgers. Those were just big (really big) calculators and typewriters rolled into one, with the added benefit of being capable of storing and recalling their work. With the advent of the Graphic User Interface and the Internet, computers were increasing their charm and capabilities by leaps and bounds, and almost every business sector found utility in transitioning administrative and drudge work to computers, and health care was no different. The bigger and more complex the business entity, and the more repeatable and uniform its processes were, the more returns on investment could be extracted from computerization. You would be hard pressed today to find any business of any size that is not using some sort of computer software for accounting, scheduling and inventory management purposes, and health care is no different. Mass production and mass consumption industries were able to extract returns from a much deeper integration of computers into their business, and sometimes even a competitive advantage from proprietary ways of utilizing their proprietary software.

Some industry sectors though seem to have been left behind, not because their administrative tasks are not computerized (they are), but because they were unable to make computers part of their core service or business. Most of these sectors are in business to provide local personal services, where the service itself is highly dependent on client preferences and circumstances and/or the service requires manual labor touching the client or his/her property. For example, there is no software for arguing in front of the Supreme Court (or even a night court) via standard vocabularies arranged in structured data fields and transmitted over standard Internet protocols. Legal services are just one example. Hair styling, fresh flower arrangements, restaurants, yard work, house cleaning, fitness coaching and medicine are other examples of businesses where standardization is difficult. In recent years, some of these industry sectors experimented with mass production of their offerings, some over the Internet, and others through computerized supply chains of human labor, and quite a few were successful in increasing market share by creating cheaper, limited in scope and quality, standardized service offerings.

Presumably based on these experiments and perhaps on other insights, medicine, which is the only not-yet-automated sector to come to national attention (for obvious reasons), is now being ordered to computerize and standardize itself. The belief is that computerized, standards-based medicine will be cheaper and better, not just good enough, but actually better. This is a bit strange, but it’s very difficult to argue with beliefs. For example, when CMS published its final Meaningful Use Stage 2 criteria, the document contained over 300 references to the authors beliefs (We believe = 219; we continue to believe = 29; our belief = 10; we do not believe = 60), and very little evidence to support the proposal. Fortunately, the evidence is beginning to hobble in from all sorts of conflicting sources.

The newest report comes from a JAMA study performed at Kaiser facilities in Colorado and it shows that patients with computerized access to their medical providers increased their utilization of in-person medical services by a little bit. One could and should argue that these patients were self-selecting for computerized access and obviously all hypochondriacs must have chosen such access. One could also argue that these patients are now actively engaged in their care and chances are that in the long-term their health will be better and their care will be cheaper. Previous studies at Kaiser found the exact opposite effect, but we can’t infer the opposite now without shooting the new theory in the foot. Perhaps in Colorado, Kaiser advises those who email with vague symptoms to come in or go to the ER, and in other locales Kaiser may be suggesting that the email sender takes two aspirins and email again next morning, or maybe some other mysterious factor is at play. Another experiment with posting medical records online showed that patients like it that way and doctors were fine with it too. So why not? There you go.

And then there is the shocking billing problem. As the New York Times reports, Medicare is wringing its hands in despair because we just figured out that computers itemize charges exceedingly well and thus allow Medicare’s contracted providers to bill more like lawyers than doctors. Since Medicare can only look back at two year old claims, I would venture a guess that they are in for another rude awakening in a year or two, when the full effect of the intentional herding of independent doctors into hospital employment hits Medicare’s slow like molasses accounting system. Why? Because Medicare agreed for some peculiar reason to pay hospital employed doctors twice or three times as much as they pay private doctors for the same exact service. So in order to cut costs, Medicare is upgrading to larger and more expensive contractors, in the belief that those can provide better care, and better care is believed to be cheaper care, for which we agreed to pay more. Don’t ask me.

Back in March, Health Affairs published a study showing that computerized medical offices tended to order more expensive tests. But that study too was resting on shaky grounds and was loudly disputed and contrasted to other equally rickety studies showing more inconclusive results. Surveys of medical professionals stating that computers take them away from patient care are routinely dismissed as growing pains of an older generation, or anecdotal evidence at best. One such anecdotal evidence is an ER doc who took the trouble of doing a time-motion study on his shift and found that during a 420 minutes shift, he spent 156 minutes interacting with patients and 237 minutes interacting with the computer. But that’s just one doctor and he was using one of those terrible legacy software products. No doubt newer programs, yet to be developed, will be much more efficient. For right now though, if this physician is salaried, the cost of his services just doubled.

Speaking of new and improved computerization, Meaningful Use will increasingly emphasize clinical decision support in an attempt to make sure that medicine is practiced the right way. To that end, Meaningful Use is proposing to remind both doctors and patients of a multitude of preventive care screenings that should be done for asymptomatic patients. Screening for breast cancer, colorectal cancer, cervical cancer, elevated blood pressure, high cholesterol, just plain being fat, chlamydia, unhealthy alcohol use, tobacco use … you name it. And sanctioned preventive care is now pretty much “free”. This must be a good thing for people’s long term health, right? Well, at least regarding breast cancer, a brand new NEJM paper (reiterated by the New York Times) contends that around 1.3 million women were actually harmed by treatments for cancers they didn’t have, over the last 30 years of breast cancer screening religion. And how do people think utilization of medical services will be affected by computerized reminders for every (insured) person to present at the nearest clinic to be screened for fatness, hypertension, high cholesterol or drinking too much beer? You’d think people will probably ignore these reminders, but now that the Secretary of Health and Human Services is officially empowering your insurer and your employer to levy financial penalties if you, or your children, don’t get screened and don’t get “necessary” treatments for your “condition”, chances are that we are all going to become engaged patients, or a nation of medicated hypochondriacs, depending on your point of view. And this is the true power of standardized computerization of medicine.

Computers as their name indicates are best at computing, and in order for computing to commence, enough computable data needs to be supplied to the Computer. If we could tag every person, living or dead, with a unique identifier, and if we could model every person in terms of a finite set of elements, and if we could define a finite set of possible actions to be taken on each modeled element by external and internal forces, we could then unleash the infinite power of the Computer. The Finite Element Method (my first and true love), or its stochastic cousin, has been successfully applied to many previously incomputable phenomena, and conceptually it could be applied to biological organisms. Computers then, would tell us what works and what doesn’t, what costs more than it’s worth and what is a great bargain, where every modeled person is and what every external actor does at any given point in time. Better yet, the Computer could tell us what every modeled person, and what every externally applied intervention, should do in every modeled circumstance to elicit predefined outcomes.

The crude modeling of current clinical decision support rules is irrelevant. How people react to having email access to their medical providers is irrelevant, and whether a doctor orders a couple more MRIs, bills a couple more dollars per visit, or spends a couple more hours wrestling with primitive software, is also irrelevant. The only relevant thing in this quest for imposing order on the seemingly chaotic human condition is the collection of computable data. The rest will follow in good time, or we’ll run out of money, whichever comes first.

Why the medical professions should be color blind

Medical journals are shifting from science to politics

Computers are meaningless in health care without computable data
4 comments