“What happens to a dream deferred?
Does it dry up
like a raisin in the sun?

Or crust and sugar over—
like a syrupy sweet?

Or does it explode?”
– “Harlem” by Langston Hughes

“$23.46,” the Walmart cashier distractedly mentioned to me as I got ready for my first ride. I had signed up and passed the background check. My car was inspected for basic safety features at an Uber service station. I was going to put my 2015 Toyota Corolla to good use. I had my first medical school interview in a few weeks, and I needed about $600 to cover the plane and expenses. I was feeling nervous but also emboldened by my initiative to do something I never expected. As I exited the Walmart with iPhone and Android chargers, a new phone mount, and mini water bottles, I felt a sense of independence and ownership I had never felt before. I was on a mission, and it was time to launch.

I cleaned the car and emptied the trunk. The car smelled of California cherry. I put my seatbelt on and put music on. I adjusted the volume, opened the Uber Driver app, and tapped on “GO.” A few seconds of suspense were overtaken by a bell sound: my first ride. I picked up my first rider, an elderly man who came out of a convenience store. He was heading home. I said hello and drove him from point A to point B. The first ride seemed uneventful, but inside I felt that I was one step closer, or more like one ride closer, to my dream of going to medical school and becoming a doctor.

Applying to medical school as a low-income, first-generation student has additional challenges that can limit one’s stance in the application process. I was ecstatic and determined when I began the medical school application process during my gap year. I was working full-time at a Silicon Valley startup, but all my income was going to rent and necessities. It just wasn’t enough to cover flights and lodging across the country. I had worked so hard to get to this point, interviews at hand, and I felt that my future was slowly vanishing because of finances. I was desperate and exasperated about to do something to fix this.

Talking to my mom, we were trying to figure out how to make it through this year. My mom told me I should wait another year and postpone my dream after saving some money for the process. At this point, I already had my first interview lined up, all the way in Michigan. I started thinking about what I could do on the side to make extra money to make the interviews and my future a reality. So I used what I had, my car.

As I started working, I realized that it was not going to be enough to go to all my interviews. I had to be strategic about which interviews to attend and which simply to let go. One particular morning, on interview day for a medical school across the country, I got a call from the admissions director asking where I was, even though I notified them about my situation. The director was very confused when I explained I did not have the resources to attend the interview. She said other students were able to attend, so why not me? I could not avoid seeing other peers starting to fly out and interview in a myriad of medical schools across the country. Was I angry that I had to drive for Uber while other applicants had the resources to attend all interviews? Was it fair that I had to select which schools to attend, sometimes passing on great choices that represented potential futures for my life and medical career? Should I have deferred my dream? I was appalled at how much effort medical schools put into selecting applicants for an interview but how little investment there was to get students like me to actually attend and be considered. Medical schools boast diversity as an added benefit to their campus and student life but ignore the realities surrounding the specific student situations that might make it hard for students to even get their foot in the door.

For many months, I used to finish my full-time job at the startup around 5 p.m., go home to grab a quick bite, and then drive until midnight or later. I would play the same songs in every night route. I would drive up to San Francisco and see the skyline as I entered the metropolis. As I shifted lanes to get to the busiest zones of the Bay Area for the night, I turned on the Uber app to begin. Riders would come in and out of the car, one after another, sometimes in silence, sometimes with small talk, sometimes with memorable conversations. In retrospect, I realize I was practicing some skills that would be useful in a medical career. Think about it for a minute. The driver and the passenger are in an enclosed space for a limited amount of time. The driver has to make the passenger feel safe and comfortable. Conversations are often inevitable. Just as drivers provide a service with their car, doctors provide a service in an exam room.

I drove for Uber for nearly two years in San Francisco and Boston. Thankfully, driving for Uber provided enough money to attend some of my interviews. I ended up at Harvard Medical School, an unlikely ending to an unlikely experience. Driving for Uber was a humbling and eye-opening experience that now, looking back, I consider a privilege.

One of the most personal lessons was realizing that everyone has a particular journey toward the future one desires. It might not always feel glamorous or fair, but determination and zeal are a must to achieve anything we dream of. In conversation with some of my passengers, they would find out that I was working to be able to attend medical school. One particular passenger, a Mexican woman with her child, told me, “For some of us, it takes more work, but that is what makes us better and stronger. You are already a winner!” Her words resound in my head whenever I have a new challenge at school, whether paying for question banks or standardized exams or experiencing microaggressions in the hospital. Now that I am about to graduate from medical school, I have learned that there is a different path to success with more barriers and detours for students like me, yet I have realized that I am here not despite of my difficulties but because of them. Next time you take an Uber, do not underestimate your driver; that driver might just be your doctor in a few years.

Oscar A. Leyva is a medical student.

A case against real estate syndications 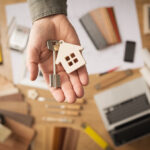