An excerpt from Saving Grace: What Patients Teach Their Doctors about Life, Death, and the Balance in Between.

In my third year at LSU Medical School, we dove headfirst into full-time patient care, taking required nine-week rotations on internal medicine, pediatrics, obstetrics and gynecology, and general surgery. In the fourth year there were additional mandated subjects, but for several months we were able to take elective courses as well. Students who had already chosen their specialty could take senior rotations at universities where they might like to do their advanced residency training. In fact, even to this day, the best way for a medical student to be chosen to train at a specific institution is to take a senior elective there. This allows the residency program to see just how qualified the student is to be chosen in the spring Match that pairs graduating seniors to the places where they will train.

For others like me, who hadn’t been able to decide on a specialty, the elective rotations gave us an opportunity to spend a month immersed in the discipline and help us decide. Three years earlier, gross anatomy had introduced me to the heart, an organ that captivated me in its function and complexity. Maybe the brain directed where we were headed, but the heart pulled the train. I was torn between cardiology and surgery, with cardiac surgery a distinct possibility as a final goal.

To help with my decision, I did an elective in pediatric cardiology in Milwaukee at The Medical College of Wisconsin. That experience strengthened my interest in the heart, but I moved on to a month of Cardiac Surgery at the University of Oregon in Portland. Within a few days in the Pacific Northwest, I was drawn like a magnet to surgery. Here you could repair the heart, not just diagnose its disease.

The first time I scrubbed in with the cardiac surgery team to do a coronary artery bypass grafting operation, or CABG, as it was becoming known, was a turning point. In this operation the heart needed to be absolutely still in order for the surgeon to sew vein grafts onto the tiny arteries that snaked along its surface. The veins were harvested from the patient’s legs, and once they were sewn in place would allow blood to flow from the aorta, the large vessel where oxygenated blood exited the heart, to the arteries beyond the point where they were obstructed. Thus, the blood would “bypass” the areas of narrowing. It was plumbing, but plumbing of the most exquisite kind. When the veins were ready, the patient was placed on a cardiopulmonary bypass machine, or heart-lung machine, or simply called “the pump,” in order to isolate the heart while the grafts were being sewn. This second form of “bypass” diverted the blood returning to the heart, sent it over a membrane where it received oxygen and got rid of carbon dioxide (just as the lungs would normally do), and then sent it back to the aorta. In this way the heart and lungs were totally excluded from the circulation while the most demanding part of the operation was performed.

In order to “arrest” the heart, or stop it from beating, to give the surgeon a motionless target to work on, a solution with a high concentration of potassium was pumped into the arteries that fed it. In order to cool the heart and lower its oxygen requirements, since it was totally deprived of blood flow while the grafts were being sewn down, an ice-cold saltwater solution was poured over the heart once it had stopped beating.

With all the measures taken to avoid injury to the heart, it never really dawned on me that there was a very real chance that a cardiac patient could die during surgery. Looking back, I am astounded by my naiveté, but that ignorance simply reflected the superficial knowledge that characterizes most medical students. Death in the operating room was something that occurred in books or in lectures, not in the rooms we were allowed to enter. Accordingly, at no time during my cardiac surgery elective did I see a real patient lying on the operating table. There was simply a heart, surrounded by sterile towels, waiting to be repaired.

When I first witnessed the chest being opened, it was otherworldly. After the skin and superficial layers were cut down to the bone, the surgeon took a powered hand saw and inserted its tip up in the neck, in the little bone indentation above the breastbone called the suprasternal notch. Holding the saw in two hands, he powered it on, then pulled vertically down, swiftly cutting through the chest bone from top to bottom in one smooth motion. For those two or three seconds, the high revolutions of the saw were screeching, and fine bone chips flew into the air, a white dust shimmering under the operating room lights as they fell back down like snow. Amazing. A large retractor then stretched the chest open, exposing the pericardial sac, the tissue membrane under which the heart lay. I could see the sac moving rhythmically, pushing out slightly with every beat. The surgeon then took a scissors and with a few rapid snips revealed the heart. I stared in wonder. It was magnificent. No drawing of the heart could render what it looked like in person, alive, only a few feet away. The surface was like a map, with various territories and regions delineated by splotches of glistening yellow fat lying like puddles on top of the red muscle. Arteries appeared like branching rivers as they snaked along the surface. It was beating in time, regular, and had been doing so since its early appearance as a one-chambered organ in the fetus at six weeks of life, all through its metamorphosis to a 4-chambered pump, until now. How many million times had it beat, I wondered? How could God make such a thing?

My part of the operation was to hold the heart as the grafts were being sewn onto its arteries. After the heart was stopped and the cold solution poured into the chest cavity, the chief resident, the senior doctor in training, stretched out my left arm and guided my hand, letting me cup the heart in my palm and fingers. “Just hold your hand still,” he commanded. I didn’t need to be told. I was frozen, mesmerized, awestruck. I was holding a human heart in my hand. It was cold and firm, just mildly yielding, like a pillow for your back. I squeezed ever so gently, not enough for anyone to notice, and felt a mushy give, as a tenderloin steak might feel with its sides pressed together. The areas of fat on the outside of the heart gently rose up as little hills against the flesh of my fingers, reflecting the uneven surface. The thin upper chamber, the atrium, felt flimsy compared to the thick muscled lower chamber, the ventricle. At my fingertips were the great vessels leading to the lungs and body. I thought again—you are holding a man’s heart in your hand. And his life is in the hands of the surgeon. It was glorious. With my arm stretched out and the surgeons leaning over the chest cavity, I couldn’t see a thing. I didn’t need to. I was hooked.

Well before I finished my rotation in Portland, I made my decision to pursue a career in cardiac surgery.

David Alfery is a cardiac anesthesiologist and author of Saving Grace: What Patients Teach Their Doctors about Life, Death, and the Balance in Between.

Medical malpractice is a lot like running a marathon 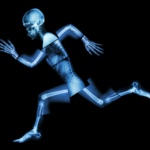 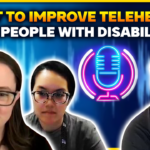 Falling in love with the heart
1 comments