An excerpt from How to Be Sick: A Buddhist-Inspired Guide for the Chronically Ill and Their Caregivers (Second Edition). Copyright 2018 by Toni Bernhard. Excerpted with permission from Wisdom Publications.

The fifth way I cultivate compassion for myself is to consciously work on opening my heart to the intense emotions — and emotional swings — that accompany chronic illness. This practice began quite unexpectedly after my daughter’s family had come up from Los Angeles for Labor Day weekend. I was three months into a new treatment and was feeling optimistic about its prospects. My husband and I thought this might be the one, and indeed, I’d been able to spend more time than usual that weekend visiting with everyone. But the morning after they left, I awoke feeling like my old sick self.

As I lay in bed that day I began to fear that this treatment, like the others, was going to be a disappointment. The fear grew more and more intense, so I began to follow an instruction I learned early on in mindfulness practice: labeling thoughts and emotions. “Fear, fear — this is fear,” I silently repeated. Sometimes it’s difficult to label stressful mental states without falling prey to aversion, as in, “Fear; this is fear. It’s time to go away, fear. Get out of here now!” I’ve practiced labeling thoughts and emotions myriad times, both in and out of meditation, but this time something different happened. As I noted “fear . . . fear,” instead of passively waiting for it to pass on through, there was a shift in consciousness and I opened to it. Then the thought arose: “My heart is big enough to hold this fear.”

And so alongside all the other experiences of my life, I made room for fear. I felt a great spaciousness and expansiveness. Soon I became aware that a gentle smile had appeared on my lips, as if to say, “Ah, yes. My old friend, fear.” The seed was sown for a new compassion practice: opening my heart to the full range of emotions that life has in store for me.

At first you may resist these suggestions for treating yourself with compassion. Many of us have to overcome a lifetime of conditioning in which we were taught that looking after our own well-being is selfish. It’s not. We are as worthy of our care and compassion as anyone.

Before I learned to cultivate compassion for myself as a chronically ill person, I passively accepted whatever happened. No matter how intense my suffering, I took no action to alleviate it because I blamed myself for being sick. I recall, for example, an appointment I had with an ear, nose, and throat specialist in the fall of 2001 to evaluate a persistent hoarseness that was a feature of the acute phase of the illness. I dragged myself out of bed for my husband to drive us to the clinic only to find that we had to wait three hours to be seen. I tried every position I could think of to turn the waiting-room chair into a reclining piece of furniture. I slumped down on my back; I slumped down on my side. Then I tried to use the chair as a bed, bending my knees to get my feet up on it and laying the middle part of my body over the hard armrest and my head on my husband’s lap. The physical pain and discomfort was matched by the mental suffering that arose from blaming myself for being sick and subjecting not just me but also my husband to this misery.

Six years later I was taking an antiviral under the supervision of an infectious disease doctor. On the two-hour drive from Davis to the infectious disease clinic, I could lie down in the back of our van, but the wait at the clinic was always longer than the time it took to get there. At the first appointment, I employed my usual techniques of first trying to turn an upright chair into a recliner and then trying to lie across my husband’s lap. It took me weeks to recover from that trip. I dreaded the follow-up appointment.

But at that second visit, having already begun to evoke compassion for myself as someone who is ill, after an hour of waiting I calmly and politely told a staff person that I needed to lie down. To my surprise and relief, after a few minutes, she showed us to an empty room and said I could lie on the examining table until the doctor could see me. When I approached the staff person, I didn’t complain but neither was I passive. Instead, I took compassionate action on behalf of myself. I hope you’ll start cultivating self-compassion this very minute.

I’d like to close this chapter with a quotation often attributed to the Dalai Lama in which he tells us what can happen if we devote our lives to easing suffering in ourselves and others:

If you want others to be happy, practice compassion.

If you want to be happy, practice compassion. 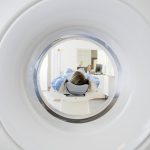 Personal intimacy as an overlooked antidepressant 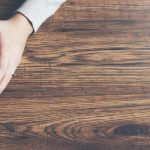