As physicians, we equate terms like “disorder” and “syndrome” with pathology. If a diagnosis is listed in the Diagnostic and Statistical Manual of Mental Disorders (DSM) IV, it’s considered a “problem.” In the case of neurodevelopmental diagnoses, I am becoming increasingly aware that this may not be the case. As a neurodiverse individual with many neurodiverse family members and friends, I believe there is nothing “wrong” with our brains. Different is not deficient. As physicians, we should lead the charge to see neurodiversity as part of the normal arc of the human condition. Not every diagnosis needs a treatment plan; not every neurodiversity has to be “fixed.”

Neurodiversity is a relatively new term that is used to illustrate that brain differences are all in the spectrum of normal. Sociologist Judy Singer is credited for coining the phrase in the late twentieth century. Singer has Asperger’s syndrome, which is on the autism spectrum, and used this term initially in her sociology honors thesis. Later it was used to bring awareness to the emerging autism rights movement. Recently use has broadened to include cognitive giftedness as well as conditions that we have traditionally pathologized, such as ADHD,  obsessive-compulsive disorder, or autism. Neurodiversity encourages us not to pathologize traits that may sit outside “the norm.”

I want to briefly describe what I consider to be “the norm.” This is easiest done with the example of IQ testing. Most of us have a vague idea of the IQ bell curve. At the time of this publication, the center two standard deviations include 68 percent of the population, and the center four standard deviations are 98 percent of the population. The four standard deviations include an IQ range between 70 and 130. Therefore, if your score on an IQ test is below 70 or above 130, you would be considered neurodiverse. I would argue that the vast majority of physicians have an area in which they are cognitively gifted; we are all neurodiverse.

The fictional story of why Thomas Edison was homeschooled holds some clues into how neurodiversity can often play out at school or work. The story tells of young Thomas coming home with a letter that his mother read to him saying he was a genius and the school didn’t have any teachers that could teach him. Then later, after his mother dies, him finding the letter and seeing that it actually said he is “addled” (mentally ill) and could not be taught. The truth is no letter exists but historical accounts of his life do document that Edison hated conventional school. After some unsatisfactory interactions with the school, his mother decided to home-school him. It’s believed that Thomas Edison likely had dyslexia and possibly attention deficit hyperactivity disorder (ADHD). He also began to lose his hearing around age 12 and subsequently lost most of his hearing in both ears. Thomas Edison, one of the greatest inventors of all time, was neurodiverse.

Intrinsic to the definition of neurodiversity is that neurodiverse people do experience and interact with the world in ways that can be quite different from what is typical – or neurotypical. This can become a challenge at work, school, or home when we judge the actions and needs of a neurodiverse individual with the same lens as we would a neurotypical one. Neurodiverse people, on the other hand, are constantly accommodating to their environment, which adds to the emotional toll we all sometimes experience at school, work, or home and can impact school or work performance as well as our relationships. As physicians striving for a world that embraces diversity and inclusion, we should also strive to create an environment that is understanding of neurodevelopmental differences and can provide flexibility for a variety of thinking styles. This flexitibly may ease the emotional burden of our family members, colleagues, and friends who are working to blend into what we accept as neurotypical.

Neurodiversity has traditionally been associated with neurodevelopmental diagnoses. Consider that the traits that make up the criteria for a neurodevelopmental diagnosis as a grouping of diverse characteristics, not disabilities. People with dyslexia may have difficulty with the written word. However, they also tend to have exceptional memories and visual-spatial abilities. Autism may be characterized by difficulties in communication and or social interaction. Technology companies are increasingly learning how to work with the rule and process-based talents of people with autism.

Someone with neurodiversity may disclose to you in a professional or personal setting that they have dyslexia, dysgraphia, dyspraxia, dyscalculia, dysnomia, or some other diagnosis. Even as physicians, we often don’t know what all these diagnoses mean. We don’t have to. What’s important is to know that this type of diversity exists. If someone comes to you and discloses a diagnosis, believe them. Don’t start searching in order to fact-check “is that a thing.” Larger organizations may have a human resource or diversity equity and inclusion office that could help. If you don’t have access to these resources, find a trusted mental health professional. Better yet, if you are comfortable, ask the person directly. What is that? In what way may that impact your work or our relationship? Is there something I should do or not do that would be helpful?

The issue of person-first language comes up with neurodiversity as well. Just as we are growing comfortable asking someone their preferred pronouns, if someone discloses to you a diagnosis, ask them how they identify. Do they refer to themself as a person with dyslexia are they dyslexic? Do they consider themselves to have autism,  autistic, or something else?

People with neurological differences are not incomplete versions of “neurotypical” people. They are not broken and don’t need fixing. Although most neurodiversity diagnoses do qualify for work and school accommodations under the Americans for Disabilities Act, I hesitate to call many of them a disability, but truly a different set of abilities. Neurodiverse individuals enhance our lives. Without neurodiverse people, we wouldn’t have Ghostbusters (Dan Akroyd has Asperger’s syndrome, which is on the autism spectrum), the theory of relativity (Einstein likely had dyslexia), or Microsoft (Bill Gates does have dyslexia). Who are the neurodiverse people in your life? How do their gifts enrich your life? Let’s move away from the terms disorder and disability and see the true diversity.

Krystal Sodaitis is a pediatrician and life coach. 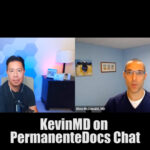 A stark contract between American and Canadian health care 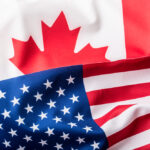