An excerpt from A Short Primer on Why Cancer Still Sucks.

The United States has the world’s most expensive health care system. It spends about twice as much each year on every American as the Canadian system spends on Canadians. Per capita, the U.S. spends far more than Canada on drugs each year. The U.S. also has far more health care capacity, with more specialists, nurses, hospital beds, CAT scanners, MRI scanners, PET scanners, and radiotherapy treatment units per capita than Canada. This higher capacity can be useful, but it costs a lot of money.

The higher health care spending in the U.S. is primarily due to a much higher price for every medical procedure. It isn’t due to more procedures being performed in the U.S.

Having a single-payer system in Canada makes the Canadian system much less expensive to run. In Canada, hospitals and physicians easily submit a single monthly bill electronically to the provincial government. In the U.S., physicians and hospitals cannot automate sending their bills to each of hundreds of insurers. Instead, it involves a huge amount of time and expensive paperwork. Consequently, health care administrative costs are almost five times higher in the U.S. than Canada. In this case, government bureaucracy is surprisingly more cost-efficient than the private sector.

Billing insurance companies is not the only expensive part of the U.S. system. An insurance company must approve any nonemergency tests, procedures, or treatments before they can be performed. This extra administrative burden is costly.

When we moved to Texas, my wife, who is Canadian, was incredulous at the number of people working in U.S. doctors’ offices. The average Canadian physician shares a receptionist and maybe a nurse with a few other physicians. Conversely, a doctor’s office in Houston is overflowing with staff, most of them dealing with insurance companies.

The Canadian approach is much simpler: Provincial governments build limited capacity. Canadian patients use this limited capacity to the maximum extent that available resources allow. If there is insufficient capacity, health care providers must apply for permission to build more capacity. That takes time. The net result is that there is never quite enough capacity. This increases wait times, yet it is also very cost-efficient administratively. The bottlenecks effectively control utilization, with no need for daily calls to insurance companies.

Because American health care is so expensive, U.S. companies must pay a lot for employee health care insurance. This drives up labor costs in the U.S., while paradoxically keeping wages low. It is, therefore, more expensive to produce something in the U.S. than in Canada and elsewhere. This is one major driving force behind U.S. jobs shifting to other countries.

U.S. physicians have a feral fear of liability. An American physician is much more likely to be sued than a Canadian physician. This and other factors drive-up the cost of U.S. malpractice insurance. American physicians also follow more expensive “defensive medicine” processes, ordering tests that might not be necessary medically but that reduce the risk of a successful lawsuit.

Costs of compliance with government regulation are probably also higher in the U.S. When I worked at MD Anderson, I received frequent emails from the Office of Compliance that I was obligated to either do or avoid various specific things. I might be fired and might face criminal prosecution if I ignored them. For example, it was illegal to fill out forms requesting a motorized wheelchair for a patient. Such forms could only be completed by very specific professionals. I would have faced stiff criminal penalties if I completed one since I was not authorized to do so. We were also told that if we tried to arrange free chemotherapy for underinsured patients, the government might charge us with using coercion to try to attract patients.

Such legal threats from government are substantially less commonplace in Canada. A Canadian physician must maintain a high level of professional conduct, in keeping with the standards of provincial medical licensing bodies. However, there are not constant threats from government, and no need for an institution to have an Office of Compliance.

While living in Houston, I was struck that overall, the relationship between the American people and their government appeared to be a somewhat uncomfortable one. This is in keeping with the U.S. imprisonment rate. It’s the highest in the world (639 prisoners per 100,000 population, compared to 104 per 100,000 in Canada). In the U.S., prisons may be highly profitable, privately-owned capitalist ventures in which politicians and others may invest.

I suspect this U.S. discomfort with government plays at least some role in the strong support for the Second Amendment. It has probably also played a role in the 2016 election of Donald Trump as a president who promised to “drain the Washington swamp.” In the “Frozen North,” Canadians may strongly disagree with their government. We may even despise it, but we generally do not fear it. In Canada, governments control health care spending largely through strategic, though potentially misguided budget constraints rather than by heavy-handed threats.

Part of this is due to many young Americans being underinsured. A country’s average life expectancy will drop if a lot of young people die prematurely because they don’t have health insurance. When we moved to Texas in 2003, we hired a company to install a swimming pool at our new house. In talking to one of the young workers, my wife was concerned to find that he had unrelenting, disabling stomach pain. He told my wife that because he had no insurance, he could not afford medical care. This would not have been an issue in Canada. A Canadian could always see a doctor. They could go a to any walk-in clinic if they had trouble finding a family physician. They might have to wait a few days or weeks for an appointment if they had a family doctor, but lack of insurance would not prevent them from seeing one.

David J. Stewart is an oncologist and author of A Short Primer on Why Cancer Still Sucks.

Who are the neurodiverse people in your life? 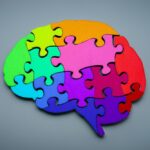 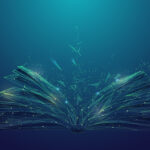 A stark contract between American and Canadian health care
3 comments