Before the contemporary context of spandex and exercise trends, physical activity and exercise were integral to daily life for most human beings across historical contexts. In this piece, we explore the historical roots of physical fitness born out of necessity for combat and survival.

The earliest evidence of fitness training dates back over three thousand years before the rise of the Greek Olympics, in 4000 BCE. Ancient civilizations residing in Babylonia, Assyria, Palestine, Persia, and Syria implemented the earliest fitness training to discipline their militaries. For the next few thousand years, exercises were skill-centered to fit the needs of war. From the Greek and Roman eras through the Renaissance, fitness was imperative for battle. 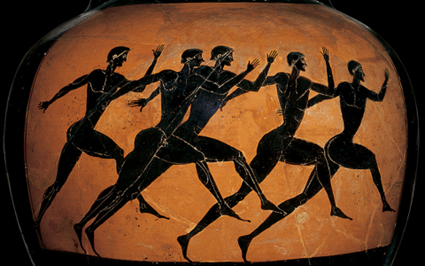 Figure 1: Athletes in a Running race approaching the finish line; Panathenaic amphora, by the Berlin Painter, 480-460 BC (Vatican Museums, Rome).

An army that was unified had to be mentally and physically prepared for the brutality of war. Fitness training was designed to be a young boy’s first introduction to the harshness of the battlefield. The design of training regimens emphasized military prowess over health.

Jumping ahead several hundred years, the first wave of modern American physical education and research occurred in the early 20th century. Notably, U.S. President Theodore Roosevelt, renowned for his love of physical activity, led the nation into the new century by engaging in activities like hiking, fishing and horseback riding. Driven by respect for the value placed on physical fitness by Ancient Greek civilizations, Roosevelt recognized the importance of exercise and physical activity, leading by example to encourage U.S. citizens to be physically active to the extent that they were able. 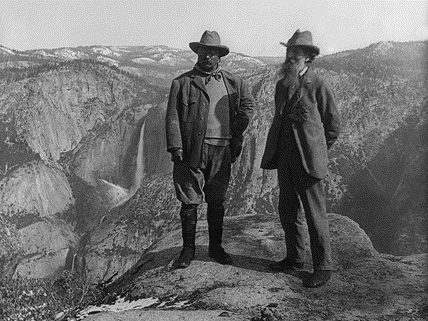 Although Ancient Mesopotamians and 20th-century America were vastly different eras, the driving force for fitness remained the same: a need for physically fit draftees for war. Statistics released after World War I indicated that one out of every three American draftees had been “unfit for combat.” This pushed the U.S. government to establish physical education programs within public schools, yet for many reasons, there was no statistical improvement noted. In World War II, nearly half of all draftees were rejected or given non-combat positions.

Contemporaneously, in the 1940s, Dr. Thomas K. Cureton from the University of Illinois introduced baseline fitness testing for cardiorespiratory endurance, muscular strength, and flexibility. By creating an integrated laboratory teaching-testing curriculum, Dr. Cureton bridged the gaps between specific fitness tests and the sports and health outcomes they predicted. He used these three categories to identify exercise intensity guidelines for improving fitness levels. To him, we owe our first modern definition of physical fitness:

Dr. Cureton’s research underpins much of contemporary fitness research. For instance, recent studies by the American Heart Association (AHA) have examined health trends using cardiorespiratory fitness, or CRF, to quantify trends in population health. This definition of CRF was originally coined and researched by Dr. Cureton himself.

Since the 1940s, the role of fitness has expanded from future soldiers to everyone. Clinical studies continue to identify correlations between long-term exercise and health benefits, such as lowered cholesterol, better sleep and other related measures of wellbeing. Fitness is included in programs for many ages, from public schools to workplace wellness to senior centers.

Despite increased research and focus on fitness, the United States is currently experiencing a health and wellness crisis, especially with respect to cardiovascular health.

Cardiovascular-related death is the number one leading cause of death in America, accounting for “1 in every 4 deaths.” Low physical activity is one of seven major risk factors for heart disease and is a behavior correlated with poor cardiovascular outcomes.

Although exercise’s benefits are well known, Americans struggle to reach fitness recommendations set by the American Heart Association (AHA). According to recent results, only 20 percent of adults and teens achieve the goal of 150 minutes of exercise a week. This is visualized on the following chart, which categorizes the prevalence of ideal, moderate, and poor performance on each of the seven major risk factors for heart disease. 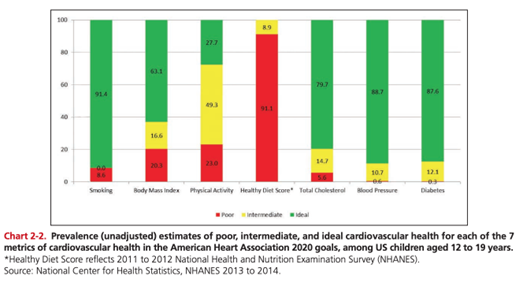 Physical activity and a healthy diet represent the two major modifiable risk factors that are not currently in the ideal ranges for heart health. As such, there is a large market for potentially hazardous fad diets (e.g., keto diet) and exercises (e.g., fasted cardio) catering to Americans wishing to achieve health goals quickly. A more sustainable, moderate and healthy approach involves monitoring and increasing physical activity and dietary goals over time.

Currently, quotas are established and recommended by health organizations to guide the general public since more jobs are largely sedentary, a trend only accelerated by the COVID-19 pandemic. These organizations often specify that, in addition to life tasks, one should seek out independent minutes of aerobic and strength activities per week. For example, the American Heart Association recommends at least 150 minutes a week of moderate-intensity aerobic activity.

Although quotas are easily prescribed and visualized, there are major downsides to setting fitness goals outside independent of a patient’s daily life.

In 2019, 42 percent of Americans reported not exercising because they do not have the time. This has driven a more recent movement, which emphasizes diet and fitness as sustainable lifestyle components instead of individual variables. For example, the Mayo Clinic has dedicated a large section of its website to describing healthy lifestyles for adults and children and how small choices can affect health.

Perhaps this is a more effective way to consider activity and a choice one can make as part of daily life. This could be incorporated in ways such as commuting along a new path, taking the stairs, or taking small walking breaks around a sedentary office. The perfect example of this is DO CHANGE, an ongoing randomized controlled trial in the Netherlands utilizing multiple forms of digital tracking to assist the adoption of a healthy, holistic lifestyle change to improve cardiac health.

The protocol encourages participants to “Do Something Different,” a digital behavioral prompt to be more flexible with changes in lifestyle. One example would be increasing the distance traveled by changing the path of a walk home from work. In addition to suggesting behavioral changes, the study also depends on the integration of multiple forms of data, such as diet and sleep. All of these measures are integrated and viewed on “Vire” in an attempt to not overwhelm participants. This approach represents a highly engaged future of digital medicine in cardiovascular health care.

To this point, activity trackers represent an excellent opportunity for behavior change. Trackers allow for data collection with minimal burden, streamlining self-monitoring and monitoring step counts, sleep, heart rate, and mileage. Additionally, they can be programmed to regularly bring active attention to fitness goals and reminders.

The current technology movement is not a solution to the American fitness crisis, especially for those with whom regular physical activity is impossible. No person becomes healthy by merely wearing a tracker. However, digital health technology can initiate and facilitate behavior change for some. Although it is impossible to predict the future of fitness, we are hopeful that digital health will play a major role in shaping the way Americans track, discuss and commit to more active lifestyles.

Elaine Mann is a medical student. Lisa Gualtieri is a public health associate professor. Jeffrey Phillips is a family physician.

The extortion of physicians: If doctors don't pay up they don’t work

The conundrum of feeding our minds and our babies 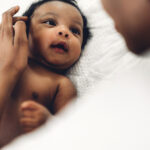