I am a former associate director in a state physician health program (PHP). I also hold faculty appointments at Baylor College of Medicine and Harvard Medical School in ethics and psychiatry. I started writing about PHPs a decade ago. Almost immediately, I started receiving emails and phone calls from physicians and their lawyers that had a disturbing theme. They’d been referred to their state PHP for a relatively minor issue, and the next thing they know, they either spend $100,000 or more on “treatment,” or else they’re not going to be able to continue practicing medicine.

Who are these doctors?

One lives in a state where recreational cannabis is legal and was using CBD tincture three times a month, after work hours, to help with menstrual cramps. She turned up positive for cannabis on a pre-employment screen.

Another had a few too many drinks at an evening work party and, knowing she wasn’t safe to drive home, was arrested for public intoxication when she was trying to hail a cab outside the dinner venue.

Another sought help on his own from his state PHP for recurrent sadness and, when asked, freely admitted that he generally had three to four drinks over a week. When asked how alcohol made him feel, he replied that it calmed her down.

None of these physicians had ever had any problem or censure before these events but ultimately were forced to stop working while their cases were adjudicated.

As shocking as they are, I hear stories like this all of the time.

Before I go any further, make no mistake: I’ve seen plenty of doctors who had serious drug or alcohol problems—or mental health problems otherwise– who need treatment for their health and the safety and well-being of their patients.

Even though there are many physicians who legitimately need help, there is also a large swath of physicians like the ones above who are being railroaded into expensive “treatments” or else risk not being able to practice medicine.

In their defense, PHPs claim that they don’t have power over licensure and that boards of medicine control licensure. This is correct in a technical sense, but in reality, every single state board of medicine I’ve ever heard about or dealt with defers any and all questions about substance use to their PHPs, and they take PHP advice as gospel.

Given how PHPs started, it is not surprising that medicine boards defer to them. PHPs arose decades ago as benevolent, rag-tag entities in which doctors—often with their histories of durg abuse—helped other doctors.

But from those humble origins, PHPs have grown into corporate entities that often charge fees to physicians who comes through their doors and refer physicians for evaluations and treatment to “approved programs” with which they have bi-directional financial conflicts of interest, programs that depend on PHP referrals for their viability and in turn sponsor state, regional, and national meetings of PHPs.

Although I’ve written this before, here is how the extortion and abuse of physicians evolves: First, a physician gets referred to their state PHP because of some sort of concern—in the cases above, one instance of public intoxication or a statement that alcohol calms them. The physician then mistakenly goes to the PHP, assuming they will be granted the benefit of the doubt about what transpired, not realizing the very serious threat to their career. The PHP frequently refers them to a multiday psychological evaluation that costs between $6,000 and $10,000, which insurance rarely covers. These evaluations, in turn, frequently result in the physician being told that they need to stay for 30 to 90 days for treatment, at a cost of up to $100,000.

Once referred, physicians have little choice but to cough up the money and do anything and everything that is recommended, because if physicians balk at any point in the process, then in all likelihood the PHP will report them to their state board of medicine which then frequently takes action against their license.

When I asked one state PHP if they had means of appealing PHP recommendations, they replied “no” and said such a process wasn’t needed because they are a voluntary organization. I’ve also heard PHPs state that they don’t have any power over licensure. These statements are either naïve or deceptive given that, in reality, if a hospital or a department chair refers a physician to a PHP if the physician doesn’t go, their privileges are generally in jeopardy.   Similarly, if a state board of medicine refers a physician to a PHP, the doctor really doesn’t have a choice about going to see their PHP.

For a PHP to say that they are a voluntary service is akin to having a gun held to your head by a thief asking for your money. Technically it is a voluntary choice about whether you hand over your wallet, but to claim the choice is voluntary is sophistry, pure and simple.

Why do abuse and extortion persist?

The answer is that, for the most part, physicians don’t know that they ought to be concerned about PHPs and evaluation/treatment centers until they’ve been referred. And if they complain once they’ve been referred to a PHP, they are generally seen as belly-aching or as addicts in denial instead of having their concerns taken seriously.

I saw this first hand when I submitted my first paper on PHPs to JAMA and three days later received a call from the editor in chief asking me if my co-author or I had been referred to a PHP. Only after I told her “no” and let her know that we’d both been associate directors in a state PHP did she agree to send our paper out for review.

The result is that instead of a massive outcry about PHP standard practice, there has been almost no effective voice to cause boards of medicine to question PHPs and not enough legal action to cause PHPs to change their practices.

Change is overdue. Physicians who need help for mental health issues or substance use disorders need to get it in a manner that is free of financial and other conflicts of interest. They need to be able to go to academic centers and/or the best clinicians possible and get unbiased opinions and advice.

Boards of medicine need to stop giving PHPs carte blanche to dictate what physicians need if there is suspicion of a substance use disorder.

Every physician in the U.S.—and, in fact, every patient—ought to join in calling for fairness and transparency in PHP recommendations. Until there is a groundswell of opposition against standard practices, physicians will continue to get extorted, and they and their patients will continue to suffer. 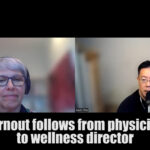 The past, present, and future of fitness 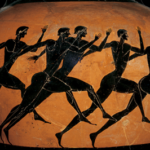 The extortion of physicians: If doctors don’t pay up they don’t work
4 comments