Although feminist movements include the fight for reproductive rights, they tend to forget to center on justice. Historically, the protection of women’s reproductive rights has not been a priority for governments; however, the drive and the act of attacking and dismantling a women’s bodily autonomy and dignity has been and continues to be. In the U.S., the Second Great Awakening, a period in the late 1800s that was marked with religious zeal, played an instrumental role in the anti-abortion movement.

Dr. Horatio Storer, an obstetrician who considered a women’s decision to proceed with abortion to be a case of insanity, and the American Medical Association (AMA) led the early efforts to criminalize abortion. This resulted in the 1873 passing of the Comstock Act, a series of laws that prohibited the distribution of birth control, including abortifacients. As a result, many women across the U.S. began utilizing unsafe methods of contraception. By the early 20th century, unsafe abortion became the official cause of death for women and accounted for 18% of maternal deaths in 1930.

The Civil Rights Movement, the feminist waves of the ’50s and ’60s, as well as the famous case of Cherri Finkbine and thalidomide played a key role in galvanizing the passing of Roe v. Wade, which established the constitutional right to terminate a pregnancy until the fetus is viable outside the womb. Many anti-abortion lawmakers have targeted the word “viable” to “quantify state’s interest in the potential life at fetal viability.” In 1992, the ruling of Planned Parenthood of Southeastern Pennsylvania v. Casey abandoned the trimester framework established by Roe and defined “viability” as the earliest point a state considers a fetus to have the potential to live.

What is often left out of the conversation revolving around the struggle for reproductive freedom is the voices of the women who have and continue to be systematically silenced by racist and sexist discourse. Before the Civil War, Black women’s fertility was the center of white enslavers’ means to power and wealth.

Journals and narratives of enslaved women reveal knowledge and practices of abortion methods that were passed from one generation to the next. It was a way to distance from the harmful stereotype of “breeders” and aligning more with the view that they are humans who deserve the freedom to exercise their bodily autonomy.

The eugenics movement, which became extremely prominent in the late 19th century, gave rise to policies like forced sterilizations that specifically targeted BIPOC women. In fact, according to one study in 1990, 20% of married Black women were sterilized. The tragic consequences of the eugenics movement, complicated family planning, and reproductive freedom in BIPOC communities. Shirley Chisolm spoke of the danger of equating family planning and abortions as a “genocide.”

Chisolm made note that Black women, in particular, bear the brunt of criminal abortions, stating that from 1960 to 1962, illegal abortions accounted for 49% of deaths among Black women, 56% of deaths among Puerto Rican women, and 25% of deaths among white women. Black scholars and activists like Chisolm and Toni Cade Bambara fiercely supported reproductive justice while simultaneously helping white-washed feminist movements accountable.

Although abortion rates have significantly decreased over the years, abortion rates among Black women are nearly four times that of white women. In 2021, the U.S. witnessed the introduction of 561 abortion restriction laws and policies, the highest introduced in a year. Abortion restriction laws and policies disproportionally harm BIPOC, low-income and disabled birthing people, as well as the LGBTQ community.

Scientific studies have provided strong evidence on the consequences of carrying to term unwanted pregnancies. The Turnaway Study showed that women who were denied abortion in their state faced worse mental and physical health, worse financial and family outcomes and a higher likelihood of maternal death.

A recent 2020 study showed that Black women living in states with lower reproductive rights restrictions had a 7% lower low-birth-weight risk. The maternal mortality rate (MMR) in the U.S. is one of the highest among developing nations, and it is even worse among Black birthing people. Low-income birthing people will have to travel a long distance, perhaps to other states, to terminate their pregnancies — a consequence that is also inextricably tied to the 1980 Hyde Amendment. Allowing this consequence to occur will cement our continued path towards deterioration.

Extending from the Universal Declaration of Human Rights, reproductive justice is composed of four pillars, 1) the right to bodily autonomy; 2) the right to have children; 3) the right to not have children; and 4) the right to parent children in safe and sustainable communities. The unique and essential aspect of a human rights lens in reproductive freedom requires a deep understanding and critique of the pathologies of power that create and maintain systems molded by oppressive ideologies.

It is essential that health providers, public health officials, and lawmakers create strong partnerships with community-based organizations, which provide the majority of the required funding for reproductive and sexual health services. Collectively, we must remove the longstanding practice of placing women and girls at a political, social, and economic disadvantage and view reproductive justice as a fundamental aspect of human rights. 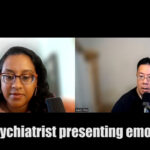 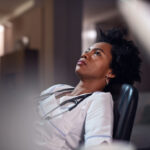