In a published statement in JAMA Network on May 24/31, 2022, the U.S. Preventive Services Task Force found that there was insufficient evidence for screening for primary open-angle glaucoma in adults. They could not find a way to balance harms versus benefits for screening in general. But is this reasoning faulty?

It is well known that Black and Hispanic populations suffer a greater incidence and severity of glaucoma, and these populations deserve screening. The Task Force suggests that demographics for glaucoma damage result from disparities in access to the health care system, rather than from genetic predisposition. The Task Force concludes that although there are useful diagnostic tests to determine glaucoma, tests are not beneficial for screening purposes. In the official statement, screening results in more harm from over-treatment, such as cataract formation from glaucoma surgery and eye irritation from medications.

By saying that screening in the primary care setting has no merit unless there are signs and symptoms of glaucoma, the Task Force ignores the fact that signs and symptoms appear only late in the clinical course. The classic example is the major league baseball player Kirby Puckett. He didn’t know he had glaucoma until his peripheral vision deteriorated to the point that he could not track fly balls—ending his professional career. Had he been screened earlier by an ophthalmologist, simply because of his race, he might have been treated earlier and had a longer pro baseball career.

Usually, the course of deterioration of the optic nerve is long and slow, making it hard to evaluate longitudinally what interventions may help to prevent damage. Calls for more research in this area, as made by the Task Force, are both cynical and empty in my opinion. The Task Force statement of blindness as a major consequence of glaucoma in Black and Hispanic populations should drive screening in these populations to prevent serious, irreversible damage to vision. Quality of life is affected by glaucoma, whether it involves catching fly balls, driving, or reading.

My take on the Task Force statement is that clinical judgment should rule as to whether or not screening is indicated for glaucoma. Family history, race, diabetes, and other risk factors should be considered for such screening, especially in the face of potential asymptomatic damage. How often have doctors said, “If you had only come in sooner …”

To the Task Force, I pose the following question: If your mother, father, brother, sister, or child had known risk factors for glaucoma, wouldn’t you want your loved one evaluated before signs and symptoms develop? 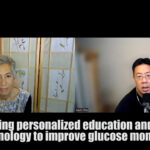