The baby formula shortage has morphed into a full-blown ongoing crisis. Many stores report that more than half of baby formula products are out of stock. Babies who are six months old or younger should only be fed breast milk or formula. Any substitute may be nutritionally incomplete and may cause babies to have permanent problems in brain development.

What are the essential brain ingredients in the leading baby formulas?

Docosahexaenoic acid (DHA) is an omega-3 fatty acid found naturally in cold-water fish (such as tuna and salmon), grass-fed meat, dairy products, or pasture-raised eggs. This long-chain fatty acid is found in cell membranes throughout the body and helps transmit messages between nerves. Of the polyunsaturated fatty acids in the brain, 90 percent are DHA, which is especially concentrated in the brain’s gray matter.

According to a 2014 report, a deficiency of DHA in early childhood is associated with lower literacy ability. On the other hand, an adequate level of DHA correlates with improved memory and problem-solving skills.

Arachidonic acid (ARA) is an omega-6 fatty acid. ARA is one of the most abundant fatty acids in the brain. It is responsible for the fluidity and flexibility of neural (brain cell) membranes. In addition to being present in many of the same sources as DHA, it is found in seaweed. Similarly to consuming DHA, getting sufficient ARA in infancy is essential for the optimal development of babies’ eyes and brains.

Lactoferrin is also found in human milk, and bovine lactoferrin has also been added to several brands of baby formula. Lactoferrin allows babies to absorb iron into the body from the intestine. Iron deficiency in human infants may result in a permanent alteration of brain anatomy (myelination of white matter (which prevents neurons from leaking electrochemical signals), changes in the striatum (part of the brain that modifies movement and emotion) and functioning of the hippocampus (part of the brain responsible for memory).

Don’t give up on intermittent fasting just yet 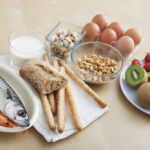 Will Smith’s slap is a trauma response [PODCAST] 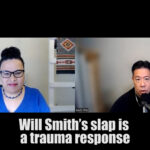