A colleague announces he is retiring.

Unknown at the time is the fact that there were a series of fires and suicides committed by patients at the psychiatric facility where he was chief medical officer during the year prior to his departure. State investigators condemned the incidents and found an array of policy failures and procedural errors compounded by staffing shortages due to the coronavirus pandemic.

Another colleague announces his retirement. Unknown at the time is the fact that the health insurance company where he is chief medical officer is hemorrhaging cash. The insurer is negotiating with a larger company to be acquired. The chief medical officer is blamed, in part, for the poor financial performance of his department, and he is considered expendable during the merger.

In the months leading up to the merger, several of the company’s medical directors are dismissed in a last-ditch effort to stop the bleeding. I am one of those medical directors. I announce my retirement.

The late Dr. Howard Kirz wrote: “Being fired as a physician executive is the dark side of burgeoning opportunities for health care leadership. The risk of termination is 20 to 40 times higher than for clinicians.” He found that almost 50 percent of physician executives will involuntarily lose their jobs within five years of being hired.

A variety of reasons apply: organizational restructuring, financial losses, new or unclear responsibilities, conflict with a boss or board member, and ineffective leadership. In addition, physicians embroiled in medico-legal investigations and litigation have been engulfed by the winds of change.

Some Scrooge-like employers have been known to fire long-time employees — some with decades of loyal service under their belt — just before they were eligible to retire and collect a pension or other benefits. Publicly-traded health care companies have awarded physicians stock or stock options as an incentive to retain them, only to let them go before the stock has vested. Employers may or may not give physicians the ability to develop an exit strategy and save face upon termination.

When confronted with a forced job severance, the first question to ask is this: Do you want to take this opportunity to retire, or do you prefer to continue working (elsewhere, of course)?

Hopefully, if you truly want to retire, you’ve planned for this day.

If you want to continue working, it is probably best to inform your colleagues you are leaving for “personal reasons” rather than make an insincere declaration about retiring.

There are several other ways to finesse the reason for your unplanned departure without resorting to the retirement cliché. Savvy coworkers understand that “retirement” is often a code word for “fired.” Your retirement announcement may invite all kinds of questions you may not be prepared to answer or simply do not (or cannot) care to discuss.

Do you think my psychiatrist friend wanted to explain that an investigative panel held him (and others) accountable for shoddy conditions that led to two fires and three suicide deaths inside the hospital he oversaw?

Do you think he wanted the story and his name plastered on the front page of the local newspaper six months after his “retirement” so that everyone could discover the truth behind his leaving?

The fact is only about 50 to 60 suicides take place among hospital inpatients every year in the United States. Three cases in the same institution in a 9-month span is not an anomaly. The embarrassment, guilt and shame that are likely to ensue in a physician thus compromised can become crippling and demoralizing. No one wants to suffer this fate late in their career.

Do you think my boss who worked for the faltering health insurance company really wanted to explain how he was held accountable (scapegoated?) for factors beyond his control — factors that had more to do with market conditions and unrealistic organizational goals — and that such factors often result in the downfall of physician executives?

That’s why when it became my time to announce my retirement, I really meant it. (I had a change of heart a year later and decided to work part-time.)

According to a 24-year study by ProPublica and the Urban Institute, there is a 56 percent chance that workers over age 50 will be let go before they’re ready to retire, risking substantial income loss.

So, assuming you plan on working into your late 50s, 60s, and 70s, it’s likely the ax will fall on you at least one time.

Do not disguise your job termination as a retirement. Furthermore, on your way out, determine whether you can negotiate a severance package with your employer. Here are a few things to consider as you transition to your next job:

2. Agree on the “parting line” and obtain a positive reference — in writing — from your boss or someone in a leadership position.

4. Gather contact information from coworkers who can serve as future references.

5. Develop a powerful “pitch” for potential employers, one that demonstrates your value.

6. Play an active role in structuring your next position.

When it comes time to retire for good, without a hidden agenda or the possibility of anyone misinterpreting your reasons for leaving, don’t announce your retirement too early. Ironically, you can be fired after announcing your plans to retire. Many physicians feel the need to give advance notice so their employer can find a replacement, and that’s a great sentiment. But sentiment and business rarely mix.

Besides, most likely, you will have been employed “at will,” which means you can be terminated at any time, with or without cause. Thus, you shouldn’t feel compelled to give advance notice unless you are contractually obligated to do so. If you really want to give several months’ notice, wait until it won’t hurt you financially in case your employer opts for immediate termination.

No matter what the circumstance surrounding your job termination, don’t take your firing personally. Think of yourself as a recovering taxpayer until something new comes along. Beware, however, that the ProPublica and the Urban Institute study revealed that only about 10 percent of workers went on to earn comparable salaries at another job. It also took them much longer — a year or more — to find another job than their younger counterparts. My experience and anecdotal accounts from my physician friends tell me that it’s no different for aging physicians.

The bottom line: Make sure your retirement announcement is not a cover-up for losing a job. Losing a job anytime in your career can be traumatic. But it doesn’t mean that your days in the workforce are numbered. You just have to use your skills, experience and knowledge and search harder to find another job. It worked for me. It will work for you.

Expertise is the backbone of successful spine treatment 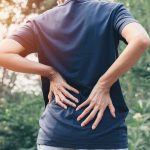 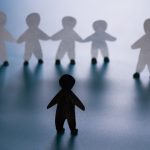