Well, today it happened. I participated in my first code.

We were in the telemetry unit (the room where they monitor all the patients who have EKG strips) to ask about a different patient of mine only to find that a patient was coding (lost a life-sustaining heartbeat). With some coaxing from my attending, the other student and I wound our way through the around-20 people standing outside and inside of the room — none of whom I had met or who knew me — up to the bedside and offered to switch out with the guy giving chest compressions. I proceeded to give the patient four rounds of chest compressions, switching out with a fellow student and a nurse.

After practicing on dummies for so long, I always wondered what it would feel like. They tell you to not worry about breaking ribs because it will happen. The code had already started when we entered and so the patient’s ribs were already broken. But the first thing I noticed was the crunch with each compression. I always wondered how I would know how hard to push, but the body seems to give the right amount naturally. I wondered how it would feel to be causing a body so much damage in an attempt to keep it alive. And yet today I found it oddly easy to focus on the task at hand, almost dissociating from the fact that it was a real human under my hands — a real, dying human.

Each time I compressed while another nurse squeezed bagged air into the man’s lungs, a deathly squeal escaped from around his endotracheal tube. So I compressed, ignoring my aching back and my stethoscope as it fell off my shoulders, repeating the lyrics to Staying Alive by the Bee Gees in my head to keep up the pace.

It’s only now upon reflection that I realize that song — which is commonly taught as a way to stay on beat with compressions — is either a morbid irony or an optimistic rallying cry given that CPR is often unsuccessful.

It was only when I switched out with another person and started observing the room that the emotional weight of it all hit me. A frail, dying man on the bed, body heaving with each forceful chest compression, tube sticking out of his throat, nurses literally drilling into his shin in attempt to obtain arterial access to deliver medicine as the rest of his vasculature was so deflated with impending death.

The calm cardiology fellow with her attending observing and providing silent support over her shoulder continually scanning the EKG tracing, calling out when to stop compressions, when to shock and what medicines to deliver. The frenzied chaos of all the people squeezed into this one small, hot room using the best of modern medicine and pharmacology to keep this man alive. And to be honest, I was in awe. A beautiful mix of determination and desperation permeated the room as each team member hurried about delivering medications, charging the defibrillator, watching the clock, feeling for pulses, administering medications, bagging the patient and tracking the medications. Watching, learning, hoping.

And then the cardiology fellow gets the latest critical blood-gas reading. His bicarb tanked. Despite our best efforts to manually circulate blood throughout his body while we worked to beat, shock, and medicate his heart back to life, we had failed. His tissue was too starved for oxygen. And just like that, the cardiologist called out a time of death. I stopped my compressions. The room went quiet. People encouraged each other for their efforts. And everyone started filing out and returned to the rest of their day and the rest of their patients.

Death is a funny thing. When did it actually occur? When the doctor called the time of death? When I stopped my compressions? When the last medication was administered? When the nurse stopped bagging oxygen into his lungs? Or did he die when his heart flat-lined? When did his spirit leave his body? What is a spirit? What even is death?

A while later I realized my stethoscope had fallen off while I was doing compressions, and I had forgotten to retrieve it after the time of death was called. I made my way back up to that floor, and a nurse saw me and thanked me for helping with chest compressions. She then walked me back to the patient’s room, where the door was closed, and a sign had been posted, letting people know that they could not enter unless they asked the nursing staff. I entered the room and, unlike the chaos I had last seen it in during the code, it was serene. Completely quiet.

The patient was lying in bed, blankets pulled up under his chin, tucked in for his final rest. Another nurse was in the room quietly taking care of whatever business is required after a patient passes away. I found my stethoscope and quietly exited the room, unsure of how to feel after only being involved in this patient’s last dying moments. Moments during which his naked body was on display for all to see as we hit him — physically and metaphorically — with everything we had in our attempt to save him. And all the while I was singing to myself, almost hopefully, “ah ah ah ah, staying alive, staying alive.”

I am thankful that this man’s final act, wittingly or unwittingly, was to provide me with an incredible learning experience. 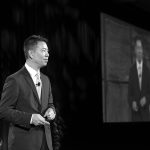 A medical student’s first code. Here’s what he learned.
1 comments