Recently, I had a patient die unexpectedly in the operating room. I consider myself mentally tough, but this was the first time I’d ever experienced a situation like this, and the impact on me was far greater than I would have anticipated.

On its own, the patient dying was a terrible event, but after our futile and desperate attempts to save him failed, I still had to face the horror of telling his wife. I took a chaplain and one of my residents with me and met with her in a private patient conference room. There was no way to gently approach it. “I’m so sorry to tell you this,” I blurted out, “your husband died during surgery.” Upon hearing these words, she started yelling and sobbing uncontrollably.

That night, I couldn’t sleep. In my mind, I kept replaying the details of everything that happened, and whenever I closed my eyes, all I could see was the expression on the wife’s face as I spoke those awful words.

The next morning, I canceled my clinic. I ended up taking several days off. When I did go back to work, I felt as if a dark cloud hung over me. My patient’s death had been a freak event. I wasn’t negligent or careless, but I was, nonetheless, burdened by a complicated mixture of guilt, grief, questioning my abilities, and embarrassment. The news of a patient dying in the OR unexpectedly spreads quickly.

On returning to work, it was hard for me to face my colleagues and co-workers. In the OR, I frequently work with a favorite scrub tech who had been there when it happened. The first time we saw each other again, we both averted our eyes and went our separate ways. It was still too fresh.

My patient had been morbidly obese and was plagued by a long list of health problems. His surgery had been palliative for an incurable cancer. I tried to assuage my grief and guilt by focusing on these details. I also called his wife and mother to apologize, and I checked in with everyone who had been involved with the surgery to be sure they were OK. No doubt all of this helped, but the dark cloud hanging over me refused to clear.

I love my job as a cancer surgeon. However, this shook me deeply. I wondered if I could even continue. But then, slowly, rays of light began to pierce the dark place where I had found myself. Mostly these came from grateful patients. I frequently share my personal phone number, and a little over a week after my patient died, I received the following text, along with a series of wedding photos:

“I just wanted to take a moment to thank you again for saving my dad’s life … because of you, he was there! He walked her [one of the sisters got married] down the aisle, did the father-daughter dance, and had the most amazing time with his family and friends. All of that happened because of you, and I just want to thank you again from all of us! You gave us this time with my dad and we will forever be grateful!”

I knew the man wearing a tuxedo in these pictures well. He had a T4 laryngeal cancer, which, with dark humor, had been referred to as a T7 during tumor board due to its extreme size. I’d doubted it was possible for us to cure him, but we had.

Following this text message, it seemed that one patient after another began to express their gratitude. Little did they know how much I needed it.

“You are my hero, Doc,” said a man who had survived a large melanoma.

“I can’t thank you enough,” said another patient who I had treated for recurrent tongue cancer, as he shook my hand over and over while looking me earnestly in the eyes.

But it wasn’t only the patients who helped me. I also received a handwritten letter from a recently graduated favorite resident. “I can’t say enough how much I’ve enjoyed working with you,” he wrote. “You have been incredibly and profoundly influential on me as a physician and a person.”

Perhaps more patients and colleagues than normal suddenly began to express their gratitude, but I doubt it. I suspect, the truth is, I listened better because suddenly I needed to hear these things.

The emotions I felt from the patient dying never fully disappeared, but in the weeks and months that followed, I managed to process this event. Looking back, I think the gratitude that was shared with me was a significant factor in my recovery.

This made me think. Often in life, we fail to be grateful or properly express our gratitude to others. Another mistake, however, is to not “hear” or fully appreciate the gratitude that is expressed to us. As physicians, despite our best efforts, terrible things can still happen to people we are responsible for. But thankfully, these events are rare, or at least rare enough that they are far outweighed by the good we are able to achieve.

Thorsen Haugen is an otolaryngologist.

That time my patient swallowed an entire bag of crack 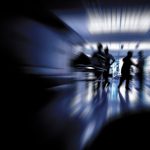 7 causes of low back pain 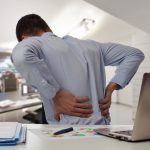 The healing power of thank you
1 comments