Recently, while visiting with a colleague in our doctor’s lounge, I blurted out, “I’m tired of the dying.” He looked at me quizzically, “But you’re the hospice doctor.” True, death comes with my work, but the recent volume of and the loss of younger patients have been especially difficult. It reminds me of an earlier time we faced a new virus.

As we endure this pandemic well into its second year, my mind returns to the fear of those early days when HIV was emerging. Although, just a teen, I devoured the literature on the topic, following Randy Shilts, the San Francisco Chronicle journalist and author of “And The Band Played On,” a treatise on the dawning of the virus. He provided an exhaustive analysis of the virus’ discovery, the medical system response and political infighting. He explored the implications of a virus first identified in a marginalized population.

Originally, referred to as Gay-Related Immunodeficiency, it was a controversial acronym. Eventually renamed AIDS, a diagnosis came with a variety of judgments directed at the patients. Fear and stigma prevailed. The devastation of the disease, nearly always fatal in those early years, was compounded by cruel and hateful prejudices.

Growing up in a family with hemophilia, I was acutely aware of the risks and impact. My relatives were dependent upon blood products to replace the clotting factor they lacked. Closely knit, our family lost three cousins and an uncle. HIV is an especially cruel virus, causing the breakdown of immunity and leaving patients open to a myriad of infections and rare cancers. Patients were shunned by medical personnel, sometimes even their own families. The isolation was profound. The deaths were slow and wrenching. Patients withered away with weight loss, diarrhea and often the disfigurement of Kaposi’s Sarcoma.

Today, as a palliative care-hospice specialist, I have been on the front lines of COVID-19. I ponder the lost potential, the bucket lists that will never be completed. It reminds me of losing my own family members in those early days of AIDS. There are so many parallels. I wonder about the lessons learned and the mistakes repeated.

I entered medicine after the implementation of universal precautions, our safety protocols for the prevention of blood-borne illness. In college, as a health education intern, I handed out condoms and pamphlets on AIDS prevention. Today, it is masks, safety goggles and plastic shields.

Early in the COVID era, we went to telehealth, we were not assured we would have enough personal protective equipment. Comforting families and patients from a distance was especially difficult and anathema to my palliative training.

Returning to the bedside came with mixed emotions — it allowed more natural engagement, but the masks and shields complicated the interaction. I miss the hugging. After a recent discussion with the son of a terminal patient, we both reached out as if to hug but drew back, recognizing the potential risks.

While rounding with the COVID team, it was evident that staff were exhausted, facing another surge in patients. They expressed the feeling that the care they were providing was futile. There was also frustration directed at the large numbers of unvaccinated patients in the ICU. Staff was concerned that beds might not be available for other non-COVID patients due to the increasing numbers.

Afterward, my new staffer expressed dismay at what had been witnessed in the unit. It appeared to be a “blame the victim” attitude, providing a teachable moment for the whole team as we discussed our reactions to the stress of this pandemic. An important part of our role in the hospital is supporting our colleagues as well as patients and families.

There was a similar attitude toward HIV populations. I recall hearing reference to the death of hemophiliacs as the “innocent” victims of the virus as if other patients were guilty but guilty of what?

Today, the language is centered on the “pandemic of the unvaccinated. “ I can relate to the frustration of my colleagues witnessing deaths that might have been prevented with a vaccine. It is not a simple issue — much fear and hype has confused the situation. We have social media today where misinformation spreads like wildfire. People have been marginalized by a health care system that limits access. Many don’t have the benefit of a trusted primary care provider.

During the AIDS crisis, venom was directed at the gay community. Today, as COVID-19 spread, Asian populations were targets of violence. Rumors that the initial response was influenced by the appearance it impacted primarily “blue states” hint at early politicization.

Similarly, HIV was highly politicized. Concerns arose that the initial response was not robust enough. Testing for HIV was another area of challenge. When it became known the blood supply was tainted, another three years passed before testing of blood products was available.

Today, we benefit from the accumulated knowledge of those who dedicated themselves to the study of virology, many of whom were inspired by the HIV crisis.

However, the distrust of medical expertise and the chaos over public health recommendations have challenged us. Hopefully, we will learn how to communicate these priorities and come together when faced with a future public health crisis. My training emphasizes the need to first respond to the emotions behind the behavior. Empathy and compassion are critical to reaching others.

To honor those lost, we must not only memorialize but learn from the experience. Then we had the AIDS quilt. Now, it’s the white flags on the National Mall. The need to remember those lost to a pandemic is a strong impulse as we try to make meaning in the midst of a crisis.

Aldebra Schroll is a family physician.

Fund this: Policies can fill medical funding gaps for all 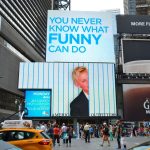