I remember receiving the email, “Eating Disorder Panel Q & A.” My physician colleague had become very experienced at caring for eating disorder patients. She understood the importance of this work and how misinformed much of the health care community was on the topic.

She took it upon herself to set up a medical didactic session for the health care providers in our practice to provide us with additional education. The guest panel was composed of psychiatrists, therapists and dieticians who were all specifically trained in eating disorders. I responded “yes” to the invite.

When the day arrived, I really didn’t want to be there. I was tired. I kept ruminating over my expanding to-do list. Nonetheless, I ultimately decided it was more important to support my friend, so I put the address into my GPS and headed in.

I arrived and took a seat in the second row. I looked at the panel — all Caucasian with one African American therapist. They began the discussion with overviews of the diverse types of eating disorders and introduced useful screening tools. I quietly thought, this is interesting, but I’ll never see this in my primarily African American patient base.

As long as I could remember, there was this widespread belief that eating disorders, in particular restrictive eating disorders, just didn’t happen to Black folks. The only people I had ever seen publicly with eating disorders were very thin affluent white women like Karen Carpenter and Princess Diana. They were the complete opposite of the body types I had seen in the Black women I called family. Culturally, we revered “thick women” with our naturally curvy hips and voluptuous rear ends. There was no need to be thin. “Why would anyone starve themselves?” I thought. Weird.

“Hm, OK.” I mumbled. I thanked her for her comment and allowed the others to proceed with their questions. In the back of my mind, I thought: I will just keep my eye out for binge eating disorders.

I went back to work as normal. Winter was upon us. My husband mentioned a novel coronavirus abroad, looming over the horizon. He deployed shortly thereafter to assist with containment efforts. My sister agreed to help out with the girls while he was away. She spent the first half of the week with us but went back home for privacy towards the end of the week.

One Wednesday, I was driving home from work. My sister had left less than an hour earlier, and the girls were briefly alone.

My youngest daughter called crying, “M passed out and I can’t get her to get up!”

“What do you mean, baby?” I said, trying to remain calm. “Where’s Auntie?”

“She had to go, please come, mommy, hurry. She won’t get up, I keep trying …” L’s voice was trembling.

“I don’t know. I got really dizzy walking home from the bus. I got inside the house and sat down, then I went to get up, and I just blacked out on the floor downstairs. I made it up to my room, though. I’m lying down.” M said.

L was in sheer panic at this point. “Mommy!”

“Go get M something salty like soup and tell her to eat it. Tell her I said she has to. I will be there soon. I’m less than 20 minutes away.”

L called back crying, “She won’t drink it, Mommy! Hurry! I don’t know what to do.” she sobbed.

“I know this is scary, baby. Hang on. I’ll be there before you know it. I’m trying as hard as I can to get there to help you.”

I have never felt so helpless. I was driving over the speed limit. There had been little time during this deployment that an adult had not been around. Why did this have to happen now? My youngest does not know how to manage medical emergencies. Dumb luck.

I got home and bolted up the stairs. She was lying there in bed. The untouched bowl of chicken noodle soup that L had placed on a tray was still on her desk. I jumped into physician mode. Her history suggested volume depletion. I grabbed my automated blood pressure cuff and did orthostatic vitals. Her heart rate jumped up 30 points withstanding. Oh no, she’s volume-depleted!

“Have you had diarrhea, M?”

“Have you been vomiting?”

I knew she always ate “like a bird.” I said, “You’re not eating enough. You need to eat and drink more.” I walked out of her room. Suddenly, this nagging feeling began in the pit of my stomach. I had just learned about eating disorders from the panel discussion in the fall. Could this be it? Could she have an eating disorder? She’s black. This can’t be. This is crazy. What is happening here? I went back into her room later that evening and asked the question that would change everything.

I called my husband. I told him everything that had transpired. He said nothing. His breathing changed. His silence communicated everything I needed to know. I knew what he was feeling because I felt it too. I had called him at a terrible time.

He was out of town and working on a new assignment. He was surrounded by complete strangers and could not afford to let them see him lose it. It was not fair to call him, but I was heartbroken and alone. We ended our conversation with heaviness lingering on our lips. We both did not know how to respond, so we left it as something we would deal with further when he returned home.

Unfortunately, this disease wanted to make itself known.

Several days later, my husband had a conversation with the parents of M’s friend. They told him that M’s friend wanted us to know something. M was making herself vomit in the bathroom at school. The friend was afraid to tell us but wanted her parents to know. He called me that night with the additional news. It felt like time was standing still. I felt nauseated. I was spinning. I couldn’t breathe. I wanted to throw up myself. The very condition that I said “didn’t really happen to Black people” was happening right here in my very own home. It had been there all along, hiding in plain sight.

The image of my frail, weakened sweet girl lying in bed that fateful evening flashed through my mind. That moment, this discovery still haunts me today.

I had dealt with issues of severe depression and anxiety with my child in the past. It was extremely difficult. But for some reason, this news felt vastly different. I felt a bottomlessness that I can only associate with enormous fear and back-breaking shame. I was incredulous that as a physician, I had not identified this sooner.

My internalized belief that eating disorders are a disease of affluent white women blinded me from recognizing disordered eating in my own household. In retrospect, the clues were all there. This had been building slowly — starting as extreme food pickiness, unfinished meals, “healthy eating habits” and baggy clothing.

My implicit bias prevented me from seeing what had been evolving right before my eyes. Today, this acculturated bias seems completely absurd. Eating disorders are mental health disorders manifested through food. Mental health does not discriminate based on race, gender, or sexual orientation. It affects everyone.

Stigmas and stereotypes are the barriers that we must overcome to help identify those that need help.

I have since learned that disordered eating is a maladaptive coping mechanism used to decrease the distress associated with unwanted emotions. In fact, the cumulative stress of systemic racism, intergenerational trauma, colorism, social and economic injustice make patients of color even more vulnerable to this behavior.

Despite this information, patients of color are less likely to be asked about eating disorder symptoms. Once recognized, compared with other ethnic groups, Black women are less likely to have their eating described as problematic. We cannot allow this to continue.

We must take steps to increase awareness and provide better screening. Eating disorders thrive in secrecy. It will be impossible to break through to someone at risk if our implicit bias regarding race and disordered eating creates a barrier to even starting the initial conversation. Undeniably, eating disorders are on the rise, which affects us all. To my fellow Black people and providers that believe eating disorders don’t affect us, I say with a resounding “yes” — it happens to us too.

Why health care delivery is an exceptionally different industry: board of directors and CEOs 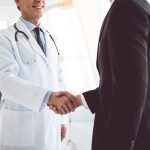 A milligram of understanding for anti-vaxxers 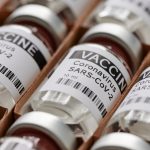