Since I was a child, I have been plagued by words and thoughts (spoken and unspoken) that said, “You are not good enough.” I remember this very vividly as I walked into my new school as a fourth-grader in rural Ohio. I was so excited to start a new school, as I had always enjoyed learning.

As I walked into this elementary school, something felt vastly different. I quickly realized that no one looked like me. This little Black girl walked into an all-white school and took her seat on her first day.

In the background, I could hear the deafening silence and feel the looks on the back of my neck. It became noticeably clear — with all the racial slurs, bullying, and even unwanted physical contact — that I was different. I did not have much understanding of racism, stereotypes, or prejudice before I enrolled at this local elementary school, but the atmosphere there made sure that I learned quickly.

I was raised by two parents that grew up in the Jim Crow South. They were just over a decade into living in a world that was “integrated” when my father moved us to Ohio for a better job and better pay than what he could receive in South Carolina. They both lived with the flashbacks and memories of segregation.

My mother was the daughter of a sharecropper, who spent much of her time picking cotton and wishing she could be in school during the year (she was able to finish high school). My father was the child of a single mother and domestic worker who did whatever odd jobs she could to make sure that they survived.

My father was a highly intelligent child and an extremely gifted student. Excellent grades were not a struggle for him. Despite these gifts, he had no aspirations to attend an institution of higher learning. His teachers pushed, advocated, and even found scholarship money for him to attend Morehouse College. Once there, he was determined to succeed. His eyes were fixated on becoming a Merrill Scholar — one of the most difficult and prestigious study abroad scholarships at the time. He focused, studied, and achieved it.

It is no secret that my father’s guidance influenced my academic achievements. He told me education saved his life. It was the only way you could make it in this country, especially if you are Black. He said, “if you’re Black in this country, you have to be twice as good to be seen equally to a white person.”

With that in mind, he did not let me slide in any class. If there was a less than acceptable grade, we immediately had a parent-teacher conference. This is the precise time that the whispers began. The nagging little voice that said, you must be exceptional to stay in my parents’ good graces and have any worth in this world.

Each day, as a constant reinforcement. I saw how prejudice played out in the classroom at this almost exclusively white school. I traditionally did well in the academic environment. I marched up and down the halls, armed with my perfectionism that I clung to as tightly as I would my brand-new Trapper Keeper.

There was one teacher that I will not forget. No matter how many times I proofread, edited, and re-edited, he would never give me a grade higher than a B. (I saw my peers work in the same class, and it did not compare to the amount of work I did for an inferior grade). These moments reinforced what my dad told me…” remember, you have to be twice as good.”

Good is not good enough. You must be the best. There is not another option. I hated the school I was in. The constant struggle to fit in, the attempt to guide the conversation away from race so that I could avoid any racially awkward comments from peers.

I was tired of trying to say the funniest jokes to feel accepted. I wanted to get out of there. I did not feel as if I belonged, and every time I felt demeaned or endured a racial slur, I pulled out my perfectionism cards.

I thought: I will show you. I am going to study harder; I will show you! I am going to be a doctor one day! Sweet revenge ruled my mind. Little did I know that this was actually a way for me to find a sense of self-worth and validation. I had spent so many years in this school feeling invalidated and worthless. I felt that if I just studied harder, graduated with honors, got into med school, became a doctor, then I will finally BE somebody. I also thought that being these things meant I would be happy. I was wrong.

The birth of my perfectionism started in those moments. The inner voice that said, “Be better, and you will be happier,” got louder and louder as time went on. On the outside, I looked like I was thriving. I got a full scholarship to undergraduate school. I received a scholarship to Emory University School of Medicine. I completed my residency and became the first female African-American chief resident at Emory Grady Site. I got married. I went on to be the first African-American doctor and partner at a premier medical practice in Atlanta.

I started a family, and of course, I had it in my mind that we were going to be a picture-perfect family. I could just check the boxes and fill in the names of my children. No question, they would be the honor roll kids that did tons of community service and earned scholarships to Ivy League Schools — not!

My perfectionism, which was not fully established as my maladaptive coping mechanism, was then transferred to my family. My oldest daughter, being firstborn, unfairly received the lion’s share of my harsh ways. Everything that had pushed me forward in life was tied to my perfectionism. I knew no other way of operating.

Subconsciously, nothing, and I mean nothing, was going to jeopardize this. I was determined to continue the façade. Like a bull in a china shop, this “construct” bulldozed my entire family. I became extremely critical whenever she made a mistake. I constantly grilled her on her grades. In my mind, everything had to be perfect with them to keep up my perfectionistic façade. I had also made it noticeably clear to her; you are a Black child. You have to be twice as good. Good just is not good enough. Remember what I taught you?

My words slowly destroyed my extremely sensitive and emotionally vulnerable child. She became so afraid to make a mistake that she decided not to try at all. Her grades began to slide. She suffered panic attacks. She ruminated and could not forgive herself for the slightest mistake. She had become a paralyzed perfectionist. A process that I did not even realize had taken place and for which I was the catalyst.

I did not realize I was a perfectionist. I was far from perfect. It was not until I listened to a master class on perfectionism from a physician coach that I had my “aha moment.” I am now working extremely hard on training my brain to be an imperfectionist. To do that means to let go of the mental constructs that I have created for myself. In particular, I had to let go of the narrative that said to me: You are not someone unless you look like the epitome of success.

I was a young African-American doctor full of “firsts.” However, these firsts did not protect me from the hurt of failure or the heartache associated with imperfection. For sure, it did not provide me with what I longed for most, self-worth and validation.

As I have had the opportunity to sit back and reflect, I can clearly see the linear relationship between racism, my perfectionism, and the perfectionism I bestowed upon my children. I am not proud of this.

Superficially, it looked like a good thing. It was intended as an act of love, a way to help propel them forward to create their own self-sufficient life in a world where still to this day, the color of their skin will have an impact on which doors will open and close for them.

I can now more clearly see how racism has created this unrealistic set of standards for people of color. Fall out of line just once, and that mistake can so easily have you forever labeled as a whore, baby mama, thug, criminal, felon, or dead with the dreaded hashtag. Any casual flip through your local news station will give you example after example of those mentioned above.

I am still not sure how to reconcile these facts of this story. I am new to this realization. I wish I could tell my children that race does not matter and that they will be truly seen for who they are, imperfections and all. I wish I could tell them that they do not have to worry about their race being an issue whatsoever in their existence. We all know this not to be true at this moment in time.

One day, I hope we will be able to see a world where the love of each other and humanity supersedes racism, sexism, and other forms of prejudice. In the end, I will try to forgive myself for any harm I may have inflicted on their innocent minds. I will work to accept myself for who I really am. I am practicing more self-compassion and starting to teach these skills to my children. I am now creating a new narrative for myself. I am a sensitive, loving human being, parent, and Black woman, perfectly imperfect, and trying to do this thing called life the best that I can.

How switching to psychiatry made me understand suicide far better [PODCAST] 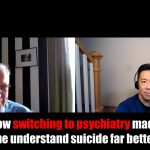 Evaluating technology tools for clinical use 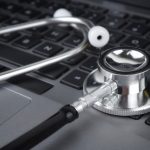