When I first met her, I perceived she was nervous. I could sense the doctor skepticism. She simply had a negative aura about her. An Eeyore, if you will. A “no” person. A drag.

To my absolute non-surprise, she declined all screenings that a woman of her age is recommended to get. No labs. No pap. No mammogram. No flu shot.

I wondered why she had even come to the doctor.

I think she wondered that too.

I proceeded with the appointment in my usual manner. Attempting to keep the encounter warm, inviting, welcoming. Explaining, lightly and with a smile, all the reasons why these things are recommendations. What they are testing for, protecting us against, how tons of studies and science have deemed the benefits to far outweigh the risks. Ultimately, though, I always finish in earnest that I’m not here to force anyone to do anything. I am a steward of health, shall you choose to take my advice. Or not. I am obliged to educate. I take no offense.

Almost to the exact date, she arrived in my office, again, one year later. Same air of anxiety. Same negative aura. Her hair grey, her eyes grey, and even her skin had a slight grey tone. As it was the year prior. To my surprise, she accepted the lab testing. She still refused the flu shot and the pap. She wavered on the mammogram.

This time, she came forth with some extra tidbits. “The last time I had a mammogram, it turned into a whole ordeal. Another imaging test, a biopsy, and a lot of medical bills all for nothing.”

I couldn’t argue with that, except to say we know that now and won’t retest the same spot, but it’s still highly recommended. She said she’d think about it.

I considered that a win.

Five months later. The results of a mammogram came across my desk. She had gone, and it was abnormal. She had lymph nodes, that on report, didn’t look great. My MA called her. She refused an ultrasound for further imaging. She was sure this would result in all the bills and the same result.

I called her. I suggested she come in for me to examine. She obliged.

After I examine a patient, when I am trying to reassure them about lumps or bumps or all the things that Dr. Google has informed them is likely cancer, I say, “Trust me. I’ve felt cancer. More than I’d like to admit, and it gives me an immediate visceral reaction. I feel sick to my stomach.” Cancer looks and feels completely unnatural. Inorganic. Wrong. “I didn’t get that feeling. It’s fine. We can just watch it.”

When I felt the lump in her armpit. I couldn’t say any of that. I felt sick.

After some gentle explaining, she still refused a biopsy but was OK with an ultrasound.

The ultrasound confirmed our (the radiologists, mine, the patient’s – despite her denial) suspicions. She agreed to a biopsy.

I did what I do for anyone in this situation. I set up all their appointments. I get them in within days to see an oncologist. Within a week of diagnosis, they have a plan and have maybe already started treatments. I call them. A lot.

“Are you OK? Who is your support system? Do you need help getting to your appointments?”

She had no one. This home-body, single woman. Loner. Eeyore. As one might expect, had no one. Her parents dead. No siblings. No kids. I was stunned and stressed for her.

I reached out to people to find her a partner, or a group, some sort of support. But she quietly went on her way through therapy. On her own.

I watched from afar via electronic medical record notes. She, as all my cancer patients do, abandoned my office for her new medical home. The oncologist, the infusion center, the lab, the imaging center. I don’t need to add to her appointments.

I thought of her often. Seems to me cancer needs to be surrounded by strength, and warmth, and love to be destroyed. I worried her cats weren’t enough.

Nine months later, she lands on my schedule.

I quietly, and admittedly, nervously, knocked on the door as I stepped in to find a bright woman in a warm brown wig. With these shining blue eyes. A smile.

I hoped she didn’t notice my second take and look of shock.

I smiled, I shook her hand, I remarked, “You look great! Tolerating treatment OK?”

She smiles and proudly says, “Why yes. I even started rowing while on Adriamycin!” (Notoriously an awful chemo drug.) She goes on to describe how well she’s tolerated all treatments. That things are going well, she just has two more doses of her current med, and radiation is still an option.

We make eye contact the entire visit. I am just blown away. In front of my face, I’m seeing that a stage 3, dire, and life-changing cancer diagnosis, has actually brought someone to life. She completely transformed. Her aura and energy are bright and light.

“Doctor, thank you for calling me that day. Thank you for explaining to me that sometimes things in life are hard. Are too hard, in fact, to do them alone. That it’s OK to find help, and that there are people out there who want to help. After this diagnosis, I realized how miserable the last ten years of my life have been. How much I needed to change my job. I wrote down my regrets and realized I didn’t want to keep them anymore. I am going to cancer support groups. I’ve made a friend. I’m sleeping better. I hope to one day help people in the same condition. Is it weird to say that this diagnosis helped awaken me to a better life?”

A normal person probably might have cried at that moment. I nearly did. Instead, I smiled and said, that’s not weird to say at all. Cancer provided you your silver lining … to life!

I hugged her, said, keep up the good work. And we parted ways.

Erin O’Laughlin is a family physician who blogs at Cornucopia.

Ignoring jaw pain comes at too high a price [PODCAST] 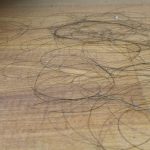 More by Erin O'Laughlin, DO