I called my wife of 31 days, anxious and dazed. I told her that the pace I was on was crushing me. I told her I had done seven admits since 5 p.m. and taken floor calls, too. It was not yet midnight. I told her I don’t know if I can do this job. But I soldiered on.

I picked up my first chart of the shift and began to walk to see the patient. Felt some apprehension. I looked at the chart and noticed the name printed in the box for the attending physician. The name was mine.

I felt awe. I felt pride. I felt fear.

I noticed the new face in the clean, starched white coat enter the department. I introduced myself and saw excitement in the eyes but heard trepidation in the voice. I remembered my own feeling of unease at the overnight transition from student to doctor — the lack of confidence but the eagerness to learn. I handed the new face a chart and watched as the first steps into a wondrous new career were taken. I would foster growth yet let the wings be unfolded to fly on her own.

The one with some angst and trepidation, mixed with enthusiasm and anticipation from so long ago, had sent me a text.

I remember him fondly as he grew and performed well.

We sent him into the world, with great confidence, you could tell.

He made the diagnoses, performed every procedure you could name,

and in his department, the program director he became.

His text was amusing, inquiring about our new class.

He said he was strong, with talent, wit, and sass.

The seniors had departed and the young ones just started.

I texted him back that mine was brave-hearted.

I needed no calendar, no need to ask why,

that the both of us loved,

But now I am old and look back on my life,

I ponder that night call that I made to my wife.

I was once them, not sure what to do,

I studied hard in school, medicine is what I knew,

But experience was needed, oh this was so true.

Some days were exhilarating, but others made me blue.

I experienced the death of others, their pain, and their strife,

But it was all worth it, when I got to save a life.

I learned from those who came before me,

Some more giving than others,

But we learned all we could,

So many I have taught, now they heal and they save,

They mean much to me, received more than I gave.

It is bittersweet when they leave; it’s hard to say goodbye,

But boy have I become to love when

Dedicated to all the residents I have helped to train over the past 30 years. You make me proud to be a part of this noble profession.

Remember how hard it was to learn this trade. Give back to those new physicians when you can. And together, we will reach the stars.

Duane Corsi is an emergency physician. 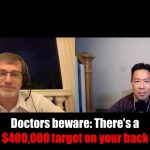 Health literacy: the missing piece to caregiver support and empowerment 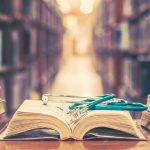