You were at home with your husband and witnessed him have a cardiac arrest. He was unresponsive, and he wasn’t breathing. You felt hopeless because you didn’t know how to help him, but you called 911. They rushed him to the hospital, and you followed the ambulance. By the time you arrived, the doctor was already waiting for you to let you know that they did everything they could, but that your husband has passed away. You kept repeating, “I could have done more … I should have done more.” At that moment, the only way that you knew how to make sense of his sudden death was to blame yourself.

There are hundreds of health care professionals in an ER at any given moment who chose to spend time in the ED for a living. They will eat their lunch in between stitching you up and draining someone else’s abscess. They are not easily excited, unless you are dying right now, and maybe not even then because they have seen death repeatedly. They have learned to find the balance between compassion and dissociation.

“Hi Ma’am, I was on dispatch when you called 911. I want you to know that you did everything right, and I want to thank you for what you did.”

After the paramedic kneeled down, held your hand and shared these words with you, I swear it was the first time that I saw you take a deep breath and begin to gather the strength to say goodbye to your husband.

Organized chaos lies just behind the emergency department doors. Comical, entertaining, bizarre, inspiring, outrageous, heroic, organized chaos. There was an elderly patient that came in with the chief complaint of, “vision loss.” The patient said that she had awoken from her nap and wasn’t able to see. Eventually, her son came in and told the doctor that she has dementia and occasionally forgets that she’s blind at baseline.

In one room, there may be a psychotic patient that uses “space blankets” to protect her from “thermal blasters” that are causing her dizziness. A couple of rooms over, there may be a father of two children who was told that he has mass and will need follow-up with oncology. On the other side of the emergency department, there may be a 27-year-old who is having a cardiopulmonary arrest secondary to a heroin overdose and will be pronounced brain dead in the ICU within the next few days. Next to him, there may be an elderly man with dementia who was found lying on the floor of his house covered in his own feces because no one has checked on him in several days. In between all of these patients, there may be a patient walking down the hallway naked and talking to themselves.

As a medical scribe, I have spent the last year and a half observing emergency medicine physicians, nurses, PAs, NPs, patients, families and the intersection of them all. I have learned that illness does not discriminate. You have no past medical history, exercise daily, have never smoked, and now your husband is taking your young daughter home because you are about to find out that you have had a stroke.

I was standing in the corner of the room when the doctor asked you how much intervention you wanted if your heart was to stop beating. You looked at your wife. She held your hand and said that it was up to you. You started crying and said, “nothing.” You changed your code status from full code to DNR. You weren’t there, but I was there when the doctor left your room and was fighting back her tears.

I was sitting behind my computer when your doctor looked at the CT of your head, and I saw her heartbreak when she wondered how she was going to tell you that your lung cancer has metastasized to your brain. I was there when you said that you had a 12-year-old daughter at home.

Emergency medicine attracts people that have the bravery, fortitude, and compassion to endure extraordinary successes followed by extraordinary heart breaks daily. It also requires patience and empathy for the many times when you’re unable to help. Emergency medicine faces inevitable death and still the hope to live. It is an exemplar of medicine being practiced at the intersection of science and humanity.

“I don’t know anything about this lady, but she spent her last minutes with us, so let’s have a moment of silence …”

Emergency medicine is resilience, and mercy at the end of resilience.

Nicole Russell is a premedical student and medical scribe.

How does radiation therapy work? A radiation oncologist explains. 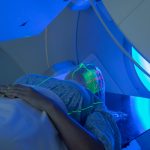 Physicians can choose not to be powerless against opioid addiction 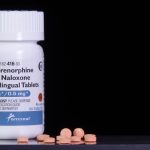