Doximity released their 2020 physician compensation report; there are 2 parts of the gender pay gap that I see first hand and am still shocked by every single time I help female physicians negotiate their contracts.  These statements have not changed for years.

1. This year’s data found that the wage gap between male and female physicians was 28 percent, with male doctors earning over $116,000 more annually than their female counterparts.

2. When examining the gender wage gap by specialty, the data showed no medical specialties in which women earned the same or more than men in 2020.

I have been practicing medicine for over 10 years.

Over the past decade, I have worked with:

One of the main things I’ve learned through this whole process; doctors need to make more money (and talk about how much they are making).

I started navigating the locums world before it was the cool thing to do (10 years ago).  I come from a long lineage of entrepreneurs and learned how to negotiate early in my life.  Even though I knew the basics, going through the medical system, I realized we are groomed to believe we should only get what is offered to us in an initial contract.  Doing so makes us barely able to pay our debt before retirement.  That is when I realized that I was one of few willing to negotiate all terms of every contract I was presented with. I also realized that doctors don’t like talking about money.

I love talking about money.  In my opinion, it is the ONLY way we can all make sure we are being paid what we deserve.  Over the years, I’ve started coaching physicians on contract negotiations.  I’ve realized that so few of us know not only how to ask for more money but how to navigate the system of negotiating.  Female physicians are even more at a disadvantage than our male colleagues.  I can tell you that every female physician I have negotiated on the behalf of was given a lower starting rate than her male counterpart.

After a few years of recognizing that this pattern wasn’t changing, I decided to start coaching groups of female physicians.  We, as women, tend to show up to a chess game with checkers.  I see my female colleagues settling for pay that is equal to the pay of PAs and NPs, and I realized that it is because we assume we are playing a game of prove your worth.  We aren’t: You have to dictate your terms.

Female physicians are dropping out of medicine faster than our male colleagues, yet there have been studies showing better outcomes for hospitalizations when patients are under the care of female physicians.

So what does this all mean? We need to talk about money.  We need to understand our worth.  If you say yes to a low hourly or low yearly rate, you bring us all down.  If we are not allowed to unite under a union, then let’s at least lift each other up by having us all make more money.

Time is the only commodity we have that we can’t buy more of. Learn how to negotiate and when you get a good rate, share that information with your colleagues.  We need to change our current system to actually pay us well.

If you want to give your time away for free, then go volunteer.  Don’t volunteer during your job.  It’s not helping any of us.

As a woman physician myself, I ask all of my female colleagues to start lifting each other up.  Let’s get comfortable with talking about money.  We have to make this change ourselves. It’s time.  Let’s do this together.

Love is the strongest medicine [PODCAST] 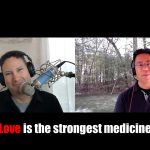 Why women physicians need to talk about money
1 comments