When a patient is dissatisfied with his or her care, he or she can consult an attorney, who will enlist a physician “expert” to determine if a doctor has deviated from the standard of care and whether that deviation caused a negative outcome. Over the past decade of reviewing cases involving medical malpractice, I have identified five categories of medical error, which has improved how I care for my patients.

1. Failure to perform the basics: the 3 Cs

Communicate: A study in 1994 showed that OB-GYN physicians who are sued most often had poor patient satisfaction scores, and poor communication was the most common complaint. I reviewed a case involving a patient who felt mistreated during a routine screening colonoscopy. Prior to her procedure, the patient communicated a history of right shoulder injury with limited mobility of the right arm to the nurses, anesthesiologist, and gastroenterologist. After the completion of the colonoscopy, the patient reported awakening supine with the right arm awkwardly positioned behind the back, leading to immediate and long-term pain. While I did not find a deviation from the standard of care, the endoscopy center could have avoided a potential lawsuit by listening and empathizing rather than downplaying and disregarding.

Chart review: One case where I found deviation from the standard of care involved a patient who bled significantly after endoscopic dilation, requiring prolonged hospitalization. The gastroenterologist who performed the dilation failed to document the patient’s use of Coumadin. When the patient presented later that day in the ER with hematemesis, the INR was 3.5. In my written opinion, I stated that the gastroenterologist performing the procedure was responsible for reviewing the chart and asking the patient about the use of blood thinners.

Years ago, I performed a colonoscopy with biopsies on an older adult with chronic progressive diarrhea. In the recovery area, I informed the patient and spouse that they would receive biopsy results in about one week. The diarrhea persisted, so they called our office several times while I was away on vacation. Each phone encounter was documented by my staff in our EMR, and the patient was instructed to go to the ER if the diarrhea worsened.

Once the biopsies revealed microscopic colitis, another provider in my office prescribed Budesonide, and the diarrhea eventually resolved. When the board of medicine in my state informed me that the patient had filed a complaint that my inadequate care led to his worsening diarrhea, I reviewed all the telephone calls, office visits, and recommendations in the EMR and realized that my staff’s excellent documentation in the EMR protected me from ever appearing before the state medical board.

3. Practicing on an island

Whenever I review a medical malpractice case, I use several online resources — like UpToDate, American College of Gastroenterology, and American Society of Gastrointestinal Endoscopy. I also discuss the case with my colleagues. One case that illustrates acting without proper consultation involves a misplaced gastrostomy tube. Immediately following a gastrostomy feeding tube replacement by a gastroenterologist, a patient came to the emergency room complaining of abdominal pain after tube feeds. The ER doctor injected dye into the gastrostomy tube to confirm placement and told the patient’s mother that the tube was properly placed. Unfortunately, the patient developed peritonitis after resuming G tube feeds and later died from sepsis. The radiologist who reviewed the G tube study the next morning reported that dye was actually extravasating into the peritoneum. In my written opinion, I stated that the ER physician should have consulted with a radiologist before telling the patient that the G tube was properly placed.

4. Failing to recognize when patients are sick

I reviewed the unfortunate case of an adolescent who had several months of progressive abdominal pain and weight loss, requiring two hospitalizations. During the second hospitalization, the patient was diagnosed with Crohn’s disease. Despite an office visit and several phone calls documenting the patient’s intractable pain, the doctor prescribed only antidiarrheals, antispasmodic, and mesalamine. The patient eventually developed perforation, peritonitis, ileocolonic resection, and ileostomy. I opined that the gastroenterologist’s failure to recognize and treat the patient’s severe symptoms resulted in injury.

More than one in three physicians, 34 percent, have had a medical liability lawsuit filed against them at some point in their careers, says one of three trend reports published by the AMA’s Division of Economic and Health Policy Research. I have reviewed cases of injury related to colonoscopy, including splenic laceration, colonic perforation, and missed cancer. Still, as long as the gastroenterologist obtained informed consent, performed proper documentation, and promptly addressed the complication, I could not find deviation from the standard of care. In the cases when I discover a deviation from the standard of care, poor documentation is the most common cause.

I can confidently state that I am a better gastroenterologist now than when I started practicing in 2001. While first-hand experience has taught me much, my review of medical errors has taught me more. 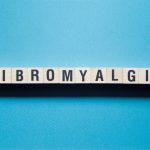 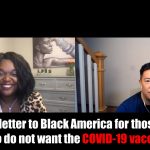