American medicine is facing an identity crisis. The COVID-19 pandemic brought renewed attention to socioeconomic health disparities and turned up the heat on the question of whether health care is a right or a privilege. The financial strain on hospitals resulting from the temporary postponement of scheduled surgeries exposed a vulnerability caused by an inherently flawed payment system.

The answer to the right versus privilege question has much more significant implications than the resolution of a philosophical debate. It determines which economic model — that of a public good, a private good, or a common good — makes the most sense for the delivery of medical services. For health care to be what we want it to be, broadly accessible, with no socioeconomic disparities, and long-term affordability, it must eventually be recognized as a common good, with all of the economic implications that come with such a recognition.

Public goods, such as national defense, are those whose availability to others is not diminished by their consumption by some, with no social tolerance for access barriers to those unable to pay. The nature of public goods, in particular the lack of any incentive for consumers to voluntarily pay for a benefit determined to be essential by society, typically results in that good being produced directly by the government. In some countries, health care has been treated as a public good provided by the government. In the United States, sentiment is strongly against a publicly provided health care system.

That leaves us with the choice between common good and a private good. Until we resolve that question deliberately, we will continue to bounce between the two economic models, experiencing the worst of each.

Americans struggle with the idea of health care as a private good — uncomfortable with the philosophical debate between a right and a privilege. The five-decade failure of the market to establish either sustainable prices or a meaningful understanding of quality by consumers should be enough to convince us that the private good model is ill-suited to health care. Health care as a private good has been an economic failure, both in terms of price and the ability of consumers to understand the quality of services provided. Some providers are paid hundreds of dollars, while other providers are paid thousands of dollars for the same test in the same market. Differences in prices for low acuity hospitalizations can vary by tens of thousands of dollars for the same diagnosis in the same city. It is not uncommon to see one provider paid 5 to 10 times what another provider is paid for the same service in the same market.

The market’s failure to reward quality is apparent in the prevalence of low-volume/high-risk surgeries. It is well established in the medical literature that clinical outcomes improve with increased volume for high-risk surgical procedures. A study published in the June 2019 issue of the Journal of Clinical Oncology compared clinical outcomes to the degree of centralization in high-risk surgical procedures. The removal of part or all of a patient’s esophagus, usually related to cancer, is called an esophagectomy — a high-risk surgical procedure. For esophagectomies, mortality was over two times higher in the least centralized health systems compared to the most centralized. Complication rates were 20 percent higher. The study found the procedure performed in 1,536 U.S. hospitals, with an average annual volume of 25 cases and a median of 14. One in four hospitals, however, performed the procedure only once per year.

A population-based study in England, published in the April 2016 issue of the Annals of Surgery, demonstrated a proficiency relationship between surgeon volume and mortality for esophagectomies. Each additional case reduced the surgeon’s odds of mortality by 3.4 percent. The study concluded that mortality after resections for esophageal, gastric, and pancreatic cancer falls as surgeon volume rises to 30 cases. The prevalence of low-volume surgical programs, in the extreme performing only one high-risk procedure per year, indicates that the market assumption of perfect information is not being realized.

Health care as a common good is aspirational. According to the Kaiser Family Foundation, the number of uninsured Americans increased for three consecutive years beginning in 2017, leaving almost 29 million without insurance in 2019. A recent study published in the American Journal of Public Health reports approximately 530,000 family bankruptcies per year arising from medical issues and bills; two-thirds of all family bankruptcies cite medical costs as a contributing factor. Inability to pay remains a significant barrier to access to care.

Common goods — having a limited supply and a social ambition to avoid access barriers over inability to pay — are often regulated to ensure availability and affordability. It may be time for the industry to embrace all-payer rate regulation, where private insurers pay lower prices, the government pays higher prices, and all payers pay the same prices — thereby eliminating the need for providers to negotiate private sector rates to subsidize government shortfalls.

Purposeful rate setting, by marginally increasing reimbursement for medical admissions combined with offsetting decreases in surgical prices, could reduce financial pressure on hospitals to maintain low-volume/high-margin surgical programs when proficiency thresholds associated with better outcomes cannot be achieved. It could facilitate a systemic adoption of minimum volume requirements. The market has failed because health care aspires to be a common, not a private good.

Coming out of the pandemic, the health care system has the opportunity to avoid going back to business as usual. We need to answer the question, “What is health care?” Our answer will have consequences. 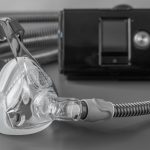