About a year ago, I was referred to a sleep clinic and was diagnosed with “very mild obstructive sleep apnoea” (OSA). A continuous positive airway pressure (CPAP) device was recommended with a litany of disorders that would occur (heart disease, CVA, HTN, decreased mortality, motor vehicle accidents, etc.) if I did not use the apparatus consistently and properly.

I assiduously used it for two test periods. Though the physician reported improvement, my daytime symptoms remained unchanged. Thus, I declined to further use the machine.

Recently, my interest was piqued by a preliminary report on OSA/CPAP by the Agency for Healthcare Research and Quality (AHRQ). It was a meta-analysis from which the authors initially noted that the reviewed research was methodologically weak, the studies measured different outcomes, and concluding this morass was difficult.

The authors determined, unsurprisingly, that better research was needed to establish diagnostic criteria & the benefit of CPAP.
From these statements, I concluded that these deficiencies resulted in three ethical dilemmas:

Was it ethical to diagnose a condition without standardized criteria?

Does the unestablished efficacy of CPAP make its use unethical?

Whether monies — government and private — expended on unproven technology was justified?

According to the Declaration of Geneva (1948), the Declaration of Helsinki (1964), and the FDA’s statement on “good clinical practice (2007), protections in research require a greater level of information to be provided to patients for consent. At the very least, patients should be informed, verbally and in writing, that “OSA diagnoses are not systematized, severity of disease may be misdiagnosed, and CPAP may be mistakenly recommended.”

This would clarify the process, allow for better patient self-determination and meet ethical requirements.

Ideally, because of inconsistent interpretations, sleep studies in toto should receive approval of an ethics committee, as would any clinical research. Such approval, given the reported deficiencies, should be stringent — despite sleep studies being a cash cow, grossing approximately $1 million per facility per year.

Indeed, I am puzzled as to why the FDA approved sleep studies and CPAP on such thin evidence. However, the organization has a history of approvals based on a lack of supportive research.

I do not deny the need for OSA assessment and CPAP treatment as there are presently 17.6 to 20 million patients with moderate or severe disease, and approximately 80 percent of cases remain undiagnosed, according to present but likely flawed estimates. After all, if diagnostic criteria are indeterminate, disease estimates built on these measures can only be imprecise.

The first clinical sleep lab was opened in the 1950s. Currently, there are about 4,700 labs. Despite the passage of approximately 70 years, attempts at standardization of OSA diagnosis and therapy have failed to be adopted, an untenable state.

Both the AHRQ conclusions and my ethical criticism could be rectified if an authoritative body (i.e., The American Academy of Sleep Medicine, AHRQ) would convene an expert panel to develop a consensus set of mandatory diagnostic guidelines (no doubt with heated discussion). Of course, as new credible information arose, these benchmarks should be revised.

Both the second and third concerns can be discussed together. As the long-term benefit of CPAP has not been established, patient education should not be composed in a determinate manner: “Do this or else.” In addition to the statement noted previously, they should include a phrase that: “these calamitous outcomes are assumed and not yet established.”

CPAP instruments and replaceable parts are broadly used in the U.S., generating $4.3 billion last year and are growing at an average of 7.2 percent annually.

Are the devices being overmarketed to physicians with specious claims to increase corporate profits as were opioids? Given the void of standardized diagnoses, it would be easy for companies to encourage (pressure?) physicians to prescribe CPAP for all positive diagnoses, regardless of severity or to define for physicians & insurers what guidelines there should be.

Does very mild OSA require CPAP, does OSA severity progress over time, were intermediate treatments tried and failed, and what disease outcomes may arise from varying severities of OSA?

Without answers to these and other questions, the specialty is flying blind. Or are doctors simply being cautious by providing CPAP to every person with OSA?

I would also argue that as insurance does not routinely pay for experimental treatments, reimbursement for OSA studies and the purchase of CPAP devices be treated similarly.

Though I am reluctant to champion greater bureaucracy, I believe that each individual sleep study and the funding for CPAP require “prior authorization,” and this requirement remains in place until criteria are developed, and quality research to support OSA/CPAP is completed.

Despite my critique, OSA is real and pending research may prove deadly. Given these circumstances, I would hope that physicians are simply cautious. However, being circumspect is not a substitute for non-standardized diagnostic criteria. Developing these standards in the near term is critical to clinical care, research and would prevent unethical behavior. 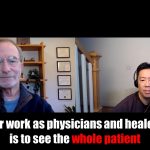 Health care as an uncommon good 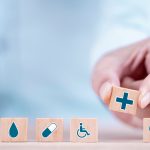