Before performing surgery, let’s say for a herniated disc, I stand in front of a white porcelain sink. Antiseptic bubbles cover my hands and drip from my forearms. The surgery takes place in my mind, playing like a movie on the inside of my eyelids: The setting of retractors, the dust from the drilled bone, the metallic smell of blood, capped by the neurosurgical triumph as I relieve the bruised and battered nerve root.

By the time I gown and glove,  the surgery has been flawlessly completed in my head.

And visualization is not only for neurosurgeons.  Professional athletes, business executives, and musicians have lauded the benefits of mental rehearsal.  Visualization is widely believed to improve outcomes during the real thing and to help to achieve peak performance.

But why does mental rehearsal work?

Norwegian scientists proved that visualization results in phenomena that can be physically tested.   In 2014, they investigated whether the pupils of your eyes adjust to imagined light in the same way they do to real light.  They asked volunteers to view real shapes that appeared on a screen but asked them to imagine the shapes to be in either a sunny sky or a dark room.  Using infrared eye-tracking technology, the scientists measured the changes in the diameter of the test subjects’ pupils.  If a participant was asked to visualize bright light, her pupils constricted almost as much as they would in the sunshine.  If she was asked to visualize the shape in darkness, her pupils dilated almost as much as they would if she were sitting in a dark room.

Scientists at Stanford took things a step further.  In 2018 they devised an electronic machine and surgically implanted it into the motor cortex of several monkeys.  The motor cortex is an area of the brain that allows us to move our face and body.  The monkeys’ brains were connected to a computer using a brain-computer interface (BCI).

The investigators studied the monkeys’ brain activity as they moved a cursor across the computer screen using only their minds.  Afterward, the monkeys were detached from the machines and were able to move the cursor without ever having practiced in the real world.  Mental rehearsal was demonstrated to be almost as good as real-world practice.

Experiments like these help explain how visualization helps train the brain to perform better in the real world, make better decisions and minimize errors.

How financial independence evolution shaped the end of my medical career

Peer support during the era of COVID-19 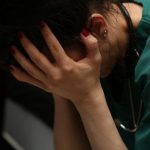