As a young medical doctor in academia in the early 1980s, most of my research was conducted in male rats. I was told that the estrus cycle in female rats would interfere with data interpretation. Investigators were reluctant to test medications in women of reproductive age, because of the concern about pregnancy.  Older women were enrolled in clinical trials, but men and women’s imbalance favored men. Medical schools were teaching about disease based on the assumption that diseases were similar in males and females, except those of the reproductive organs. Some differences were recognized: For example, observational data showed that women, on average, developed heart disease about 10 years later than men.  However, this concept made some health professionals believe that symptoms indicating coronary artery disease in a 40-year-old man would not indicate coronary artery disease in a 40-year-old woman.  Women were misdiagnosed.

In the late 1980s and thereafter, the inclusion of women in clinical trials was encouraged, but the recommendation was not followed in many cases.  Further, in those studies that included women, data was not always disaggregated for analysis. In January 2016, a new NIH policy went into effect.  This policy required consideration of sex as a biological variable in preclinical and clinical research funded by the NIH.

Despite this progress, many health care practitioners are not aware of sex and gender differences in disease, possibly because this topic was not taught during training, nor in continuing education programs.  Sex is a genetically determined biological variable that influences many aspects of disease (clinical manifestations, diagnosis, response to treatment, and prognosis) via sex chromosomes, and sex steroids (estrogens and androgens).  Gender is a psychosocial construct, which is not binary, and can affect behaviors such as diet, smoking, alcohol use, the perception of disease, willingness to seek care, attitudes of patients towards health professionals, and health professionals’ attitudes towards patients. Together, sex and gender, influence disease prevalence, risk factors, signs and symptoms, health behaviors, efficacy and safety of medications and other treatments, and prognosis.  However, most medical guidelines do not take sex and gender differences into account when making recommendations.

Not recognizing sex and gender differences can adversely affect patients.  It is still not widely known that women with coronary artery disease are less likely to have obstructive disease compared to men; the myocardial ischemia in women may be due to microvascular dysfunction. Women with acute coronary ischemia have chest pain, as do men, and have symptoms that are less common in men, such as back, jaw, neck pain, nausea, and vomiting, which may not be recognized as symptoms of heart disease.  Further many women, and some doctors, believe that coronary artery disease is primarily a disease of men.  This can lead to misdiagnosis or delayed diagnosis in women, longer time to treatment, and suboptimal treatment.

Women also are less likely to be treated with antihypertensive medications and statins.  The idea that statins do not work in women without known cardiovascular disease has been disproven in large clinical trials; however, women are treated with statins less often. Men may also be disadvantaged. Although more common in women, osteoporosis occurs in men and should not be missed when evaluating male patients with fractures. Another example is breast cancer which is rare, but should be considered in any man with a mass in the breast. In addition, sex differences in the response to SARS-Co-V2 have been identified during the COVID-19 pandemic, including decreased mortality in women despite equal rates of infection.  The lower mortality in women has been hypothesized to be related to sex differences in the immune system, with stronger immune responses in women, and perhaps lower levels of the angiotensin coenzyme 2 (ACE2) receptor which SARS-CoV-2 uses for cell entry.

Fortunately, efforts to integrate sex and gender-based differences in disease into medical education are ongoing.   Much of this work has been sponsored by the American Medical Women’s Association (AMWA) and the Laura Bush Institute for Women’s Health (LBIWH).  Sex and Gender Health Summits in 2015, 2018, and 2020, co-sponsored by AMWA, LBIWH, and during various years the Mayo Clinic, the University of Utah, and/or Thomas Jefferson University, gathered educators from all health disciplines to discuss solutions to the gap in sex and gender education.  In 2015, the American Medical Association (AMA) passed a resolution proposed by AMWA, which recommended expansion of the definition of women’s health to all diseases affecting women, rather than those unique to women.

Resources on sex and gender-based differences in disease have been growing, with numerous studies and medical literature reports. The third edition (2017) of The Principles of Gender-Specific Medicine, discusses the molecular basis of the sex differences in physiology and disease.  Sex and Gender in Acute Care Medicine, published in 2016, describes sex and gender differences in acute disorders, which require emergency care. A new and unique medical textbook, How Sex and Gender Impact Clinical Practice: An Evidence-Based Guide to Patient Care, was published in December 2020 to help primary care and other health practitioners understand sex and gender-based differences and apply this knowledge to their clinical practices.

Forty years have passed since my first experiment in male rats.  During that time, many scientists’ and clinicians’ efforts have led to advances in understanding how sex, a biological variable, and gender, a psychosocial construct, impact health and disease.  It is time for this knowledge to be integrated into the curriculum of future doctors and into our practices.  This may lead to a higher level of individualized care and improved patient outcomes.

Connie Newman is an endocrinologist. 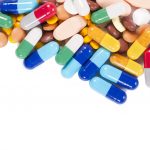 Healer, are you so different from me?